CAN THE POPE ACTING ALONE DO MORE THAN AN ECUMENICAL COUNCIL RECOMMENDED? 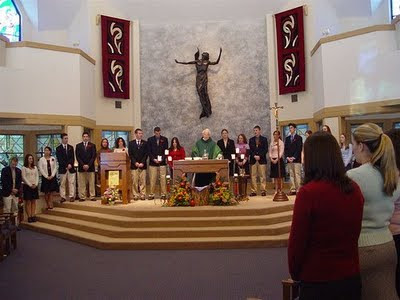 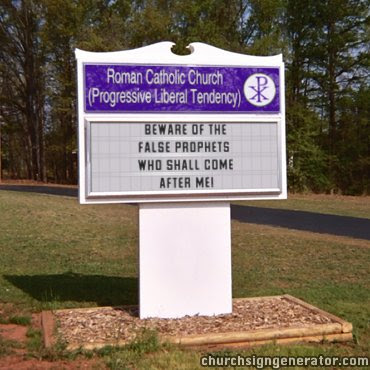 Yes, Pope Paul VI in issuing his revised Roman Missal had the authority to go above and beyond what Vatican II envisioned for the Roman Missal.

By the same token, Pope Benedict had/has the authority to revised the Roman Missal, allow for the 1962 version or any other version for that matter and could on his own authority actually revised the Pauline Missal to make it more like what Vatican II actually sought.

Or Pope Benedict could do what Pope Paul VI did and do something else altogether different.

What the pope cannot do is the change the faith and morals of the Church that are either defined dogma or doctrine. The pope cannot do something new if that new thing isn't within the Tradition of the Church, for example ordain women priests or bishops. He doesn't have the authority to do that.

Father McDonald,
I like your question and answer. It seems to me that serious Catholics can agree that the pope is bound by the Apostolic Tradition, but we must also seriously consider the limits of his authority in changeable areas of Church discipline.
First, a pope is surely bound to make all his pastoral decisions for the good of the Church. He could not, for example, abolish the use of all liturgical vestments unless he believed the pastoral advantages would outweigh the disadvantages. Similarly, a pope could not force the Roman liturgy onto Eastern Catholics without first establishing the advantage of such a decision. Does he have the authority to take both these actions? Yes. Would these actions please God? That's the main question, one with eternal consequences.
Then we must ask, on the whole, did the all legitimate (i.e. "legally acceptable" in terms of revealed Divine law) changes introduced into (or approved for) the Western Church by Paul VI in the 60's and 70's serve to renew and reform the faith and morals of Catholics in measurable ways, all else being equal?

Hm those creeped-out looking, hand-holding-as-if-being-severely-scolded Catholic highschoolers in that airport terminal sure do look to be ParTiciPATINg ActivElY under that prettie metal statue of Dionysus!

I do not believe that all the legitimate changes in the liturgy, on the whole, served to renew and reform the faith and morals of Catholics in measurable ways. Was that the intent? I have no doubt. But that is not what happened.

Regardless of intent, with hindsight it can be easily seen that the liturgical changes happened at the most inopportune time I can think of in Church history. Just when the Church needed to have the image of holding firm and building the walls ever thicker and taller, the image was instead of them being torn down. Image is fabulously important in any organization based on human relationships, and any psychologist will tell you that.

We have people who say, "Well, it can't be said that the collapse in faith was the fault of the liturgical changes." And I will agree to an extent. But since the catchphrase of "renewal of the faith" was the supposed hallmark of the changes, and since that emphatically did not happen, the reform can be said to be a failure in its mission.

You know, what about we white boy Catholics? What about us? Did the concept of "inculturation" really apply to us? NO, LOL! White culture is largely based on a ghost of European culture anyway. Was it really necessary to throw away completely what had sustained our faith very well for centuries? I concede the liturgical argument in Africa, Asia and other ethnic areas. Fine. I have no arguments there because I cannot speak for those groups. I won't even speak for the black and Asian communities in the USA, although I probably could for the former. All this cheesy, silly inculturation communityzation junk was foisted on us when we had, for all intents and purposes, really a quite inculturated liturgy ALREADY with the Tridentine Mass! It was already inculturated! But we poor whiteys never got the benefit of the doubt. :/ I don't get it.

As I recall, in one of his writings as Cardinal Ratzinger, our Holy Father questioned whether it was "proper" for a pope to go beyond council and tradition in unilaterally changing the liturgy as Paul VI arguably did, or whether the pope is indeed bound by what has been handed down. It seemed to me that he implicitly argued that, indeed, both pope and council are bound by previous tradition, and should not go beyond "organic development" of what has been received.

However, it seems to me that the pertinent question is not what the pope has the (theoretical) authority to do, but what he has the (practical) power to do.

Whether or not Paul VI had the proper authority to do what he did, he clearly had the power to issue a liturgical decree that would be generally obeyed. But in so doing, he may have dissipated that power, so that subsequent popes would no longer have it. Is it not likely that, if Pope Benedict were to issue by fiat a motu proprio revision of the ordinary form in a drastically traditional direction, it might be widely ignored? The old military adage runs along the line that a commanding officer does not have real authority to issue an order unless he has the power to enforce it.

Concretely, if the pope were to mandate that Mass be celebrated ad orientem beginning with the First Sunday of Lent 2013, would we confidently expect to see this actually done? Similarly, with communion on the tongue while kneeling? How could he enforce such a mandate?

I think most people would say that Gregory VII in his 'Dictatus Papae' was overstepping the mark, although the Gregorian reform movement, which seemed to be have been a failure when he died in exile, was taken up by later pontiffs with considerable success.

Paul VI had every right to sign off a new Order of Mass to replace the Roman Rite; but he overstepped the mark in attempting to abrogate what had obtained previously. This was made clear in the pontificate of John Paul II and forms the basis for Summorum Pontificum.

An additional question: To the degree that the pope may make, act upon, and enforce unilateral decisions in disciplinary (non-doctrinal) areas, can those decisions/changes bind future popes? I would say not.