GUESS WHO MADE "WHAT DOES THE PRAYER REALLY SAY?" BLOG AGAIN? 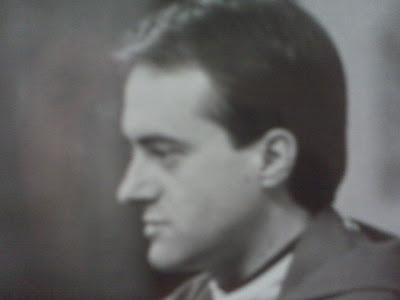 You actually have your own "tag" on WDTPRS, meaning Father Z has posted about you often enough that he has created a category just for you.

how old's that pic?

He says, "...aging-hippie liberals interpret everything within the Church still through the lens they formed during the anti-authoritarian civil-rights and anti-war protest movements."
I would say that you both put the situation very well.
The liberal problem in the Church is a cultural problem, tied to a single decade. And, that tie is a death grip that just will not let go, until...
I don't wish death on anyone, but I'm tired of these revolutionaries smothering our spirits ("harshing my mellow"?).
They need to get real and mellow out, man!

That picture was taken in February!

YTC, why do you ask?

What did you do with your pen communicator?

February, perhaps, but not the most recent Frbruary! ;^)

That picture looks much older than February 2012. You must age much better in photos than in video. Was that an insult? I'm sorry.

Liberals didn't want an end to war, they wanted to win it.

He didn't say which year, ytc. LOL!!! I think FrAJM's dry humour has struck again. He does look very handsome and the black and white makes it look like a still from detective movie.

Fr, the only thing I can say about having a feature on WDTPRS is you might find yourself opening a two front war. Never a goad idea.