LOTS A BOMBSHELLS LATELY, HERE'S ANOTHER, ABSTAIN EVERY FRIDAY AND PRAY THE ROSARY EVERYDAY! 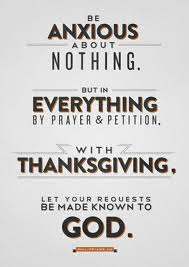 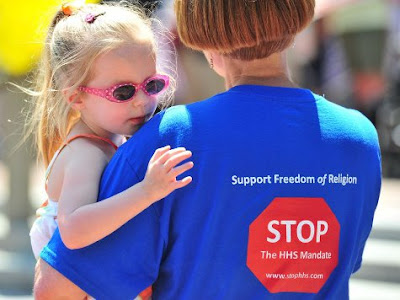 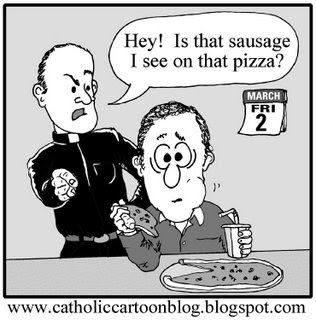 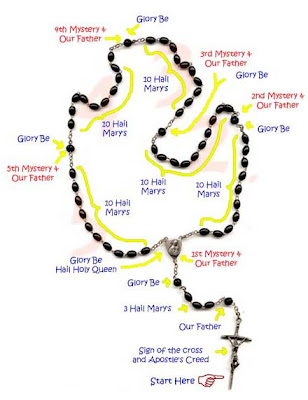 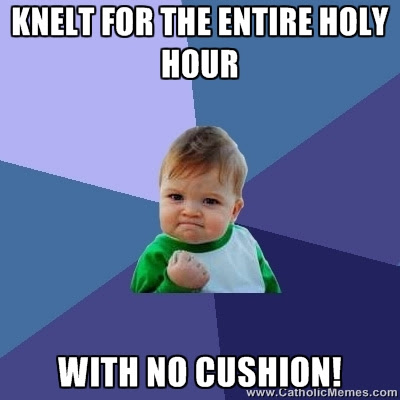 (CNSNews.com) - In a statement featuring newly installed Archbishop Salvatore Cordileone--who leads the San Francisco Archdiocese where House Democratic Leader Nancy Pelosi lives--the U.S. Catholic bishops announced on Thursday that they are calling on Catholics to pray the rosary every day and to fast and to abstain from eating meat on Fridays as part of a pastoral campaign aimed at preserving religious liberty, the right to life and the institution of marriage in the United States of America.
READ THE ENTIRE STORY HERE!

The bishops are calling on Catholics to do five specific things to advance this campaign for liberty, life and marriage. These include

2. Attending a special Holy Hour on the last Sunday of each month

3. Participating in a Fortnight of Freedom in the summer of 2013

4. Including in every Mass prayers of the faithful for the causes of life, marriage and liberty

5. Fasting and abstaining from meat on Fridays.

6. In all parishes, one Sunday Mass must be in the Extraordinary Form, not by adding a Mass unless there is only one Mass in that parish, but making one of the regularly scheduled Masses an EF Mass.

7. Celebrate all Ordinary Form Masses with more dignity and in an Extraordinary Form sort of way

My family has already been doing number five for years. I wish that our bishop would require numbers six and seven!

And what better way than #6 and #7 to respond to our Holy Father's call for a new evangelization, since it was with the traditional form and manner of celebration of Holy Mass that the world was evangelized over the centuries. Remembering that most of this evangelization took place when there were no vernacular bibles for people to read, no organized catechesis, "only" the Mass to inspire and teach.

It will be a long, long time before there are enough priests willing or able to offer the classic Roman Rite on a regular basis in parishes. We also cannot assume that Benedict's successors will be as interested in liturgy as he is.

John, I don't think the continued growth of the EF Mass depends so much on Benedict's successor as its inception did on him.

For now it's out of the bottle, and can't be put back in. Because our seminaries (in the U.S., at least) are refilling with faithful young seminarians, the majority of whom are enthusiastic about the EF, as are most of our young priests ordained in the current millennium.

These young priests and seminarians do not depend on bishops and popes to motivate them, and their TLM congregations are full of young families with lots of children.

So the handwriting is already written on the wall.

I think the telling thing is that families in TLM communities have far more children, on average, than in other types of Catholic communities.

Henry, I certainly hope so. However, the Archbishop of Westminster has gone on record as saying that he does not think the EF should be taught in seminaries as those who are interested can always pick it up later on. Priests are still being ordained without even a rudimentary knowledge of Latin. I read that some US seminaries do not allow their students to study Latin unless they first learn Spanish (!). In the covering letter to SP the Holy Father wrote: "The use of the Old Missal presupposes a certain liturgical formation and some knowledge of the Latin language, neither of which is found very often". This was to mollify the majority of bishops who regard the continuation of the Old Rite as being 'divisive'. It can be seen as an oblique but damning criticism of seminary formation, but at the same time encouraged the bishops to carry on as normal in order to prevent the spread of the EF.

On his visit to London in 2008 Cardinal Castrillon Hoyos said that the Pope wanted the EF to be available 'in all parishes'. This caused predictable elation and dismay in the usual quarters, but it now appears that this is not what the Holy Father envisages.

John, in my optimistic assessment of the supply of EF-capable priests, I am thinking not of an EF in every parish, but of an EF accessible to every Catholic who wants to attend one. In the foreseeable future, I suspect continue to see more priests who want to celebrate the EF than are actually required by the number of EF attending Catholics. In this sense, the problem is not an under supply of priests, but an under supply of laymen.

Having with much invested in promotion of interest of the EF Mass, I realize that not every parish has (or likely will in the foreseeable future have) enough EF laymen to warrant an EF Mass, whereas most parishes I'm familiar with have enough Hispanics to require a Spanish Mass.

So one can understand the bishop who is just reacting to evident numerical needs. As to opposed to a truly evangelistic bishop who might have a different perspective on liturgical needs.