FINALLY AND ASTONISHINGLY, COMMON SENSE AND ORTHODOXY AT PRAYTELL! 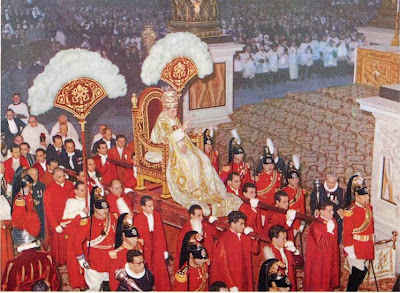 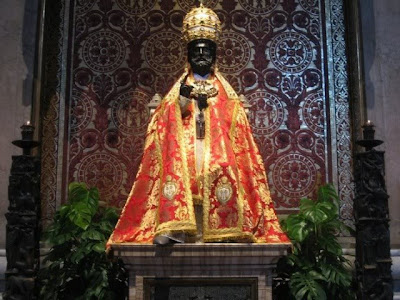 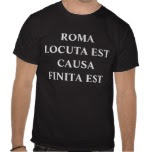 FATHER ANTHONY RUFF OF PRAYTELL, AKA, PRAYWHINE, LAMENTS DISRESPECT SHOWN TO THE HOLY FATHER AND HIS TEACHING AUTHORITY--SURELY THE WORLD WILL END ON MY BIRTHDAY THIS YEAR, DECEMBER 21ST!

This is a follow-up to Fr. Anthony's negative appraisal of how well the new translation of the Mass into English has been received, implemented exactly a year ago today and gloriously so! More than 70% in the Church give it high ratings, but I digress:

This is what Father Anthony has to say on his own blog, Praytell:

...It’s astonishing ... to claim that the Pope erred in declaring that the 1969 missal is according to the decrees of the Second Vatican Council! This is amazing disrespect toward Pope Paul VI and his teaching authority!..."

And continuing his response to a commenter who calls into question, kind of, Pope Paul VI's authority in promulgating the Vatican II Missal of 1970, Fr. Anthony writes,

"...Here’s what my sacramentary says:

I will continue to call the 1969 missal the “Vatican II” missal. These, then, are my reasons – I believe I’m following the Pope on this.
You acknowledge it’s “valid and licit,” but that’s not quite the issue here. The Pope did more than claim it’s valid and licit – he claimed it was according to the decrees of the Second Vatican Council."

My comment to this wonderful development made explicit by Fr. Anthony Ruff, OSB is the following:

"I’m glad to see here [AT PRAYTELL] that some are trying to following the Supreme Pontiff on things liturgical, whether it regards the Vatican II Missal recently revised as well as the post-Vatican II permission for the 1962 missal revised by Blessed John XXIII. We should all be respectful of the Supreme Pontiff’s authority to regulate the liturgical life of the Church including Summorum Pontificum and the excerpts I cite below:

“…In more recent times, Vatican Council II expressed a desire that the respectful reverence due to divine worship should be renewed and adapted to the needs of our time. Moved by this desire our predecessor, the Supreme Pontiff Paul VI, approved, in 1970, reformed and partly renewed liturgical books for the Latin Church. These, translated into the various languages of the world, were willingly accepted by bishops, priests and faithful. John Paul II amended the third typical edition of the Roman Missal. Thus Roman pontiffs have operated to ensure that ‘this kind of liturgical edifice … should again appear resplendent for its dignity and harmony.’ (4)

…Art 1. The Roman Missal promulgated by Paul VI is the ordinary expression of the ‘Lex orandi’ (Law of prayer) of the Catholic Church of the Latin rite. Nonetheless, the Roman Missal promulgated by St. Pius V and reissued by Bl. John XXIII is to be considered as an extraordinary expression of that same ‘Lex orandi,’ and must be given due honour for its venerable and ancient usage. These two expressions of the Church’s Lex orandi will in no any way lead to a division in the Church’s ‘Lex credendi’ (Law of belief). They are, in fact two usages of the one Roman rite…

It is, therefore, permissible to celebrate the Sacrifice of the Mass following the typical edition of the Roman Missal promulgated by Bl. John XXIII in 1962 and never abrogated, as an extraordinary form of the Liturgy of the Church…”

"Roma locuta..." is, in practice, a fantasy. Rome's locutions, while authoritative, have never ended discussion of an issue and they never will.

As to 'abrogation' we read: “Mass, whether in Latin or the vernacular, may be celebrated lawfully only according to the rite of the Roman Missal promulgated 3 April 1969 by authority of Pope Paul VI.” The emphasis on the word “only” (tantummodo) is found in the original. “Ordinaries must ensure that all priests and people of the Roman Rite, “notwithstanding the pretense of any custom, even immemorial custom, duly accept the Order of Mass in the Roman Missal.”
“Conferentia Episcopalium” (Oct. 28, 1974).

To use the phraseology of the "improved" translation of the Roman Missal, "Abrogated it was."

Abrogated though it may have been way back then, abrogated it most certainly now is not, Deo gratis.

It must be clear to you that the unilateral abrogation of all previous Rites and Uses of the Latin Church was without precedent; Paul VI was understandably keen to bring to an end the slide into anarchy which resulted in over 200 unauthorized Eucharistic prayers circulating in France alone; but no pope can bind his successors, and the fact that that under the reign of his successor John Paul II it was ruled that the earlier books had not been abrogated implies that Paul VI was acting ultra vires (by no means the first pope to do so).

I attended Mass this morning at the nearest venue (three miles away); normally I travel further afield. The Mass, albeit in English, was celebrated decently enough. Unfortunately there was a musical accompaniment in the form of an aging hippie with an acoustic guitar. He began with a children's ditty 'This is the day that the Lord has made' oblivious to the fact that this is a trite paraphrase of the Easter Sunday Gradual 'Haec dies' and is hardly appropriate for the first Sunday of Advent. He was about to launch into a pop Gloria until the priest stopped him. The Our Father was pure Country & Western - I had to bite my tongue to stop me responding 'Yee Hah!'

It was only the elevated English of the revised translation which made this bearable. This is what parish liturgy in England has come to. Fortunately by the time it was over the pubs were open.

Even though the MR '62 might have been abrogated, Benedict says it never was. Don't you love how the Pope can rewrite history! I DO!

Reform of the Reform said...

I have wondered if the views expressed at PrayTell are any reflection of the views being taught at St John's seminary. If so, does the local Bishop support this dissent?