IS THIS YET ANOTHER BOMBSHELL FROM THE HOLY FATHER? I THINK SO BECAUSE IT IS ALL ABOUT CATHOLIC IDENTITY AND MISSIONARY ZEAL!

Given Pope Benedict's bombshell motu proprio yesterday on Catholic Charities, I suspect he is leaning toward the Salvation Army's Mission Statement for those in the Catholic Church who serve the poor and now expects Catholic Charities to use clean money and not dirty or laundered money: 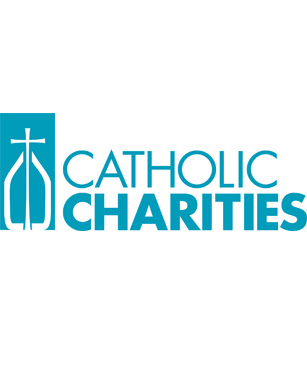 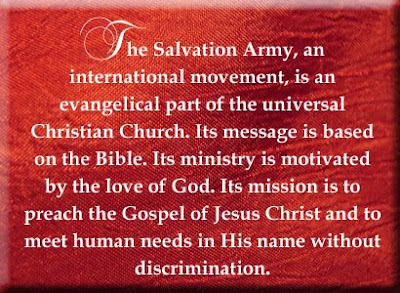 Yesterday, Whispers in the Loggia released another bombshell, I think, when it reported, "Released by surprise at Roman Noon this Saturday, the following is the Vatican's official English translation of a motu proprio letter of Benedict XVI on the Catholic identity and ecclesial oversight of the church's charitable efforts. Initially published in Latin by the Holy See, the text is entitled Intima Ecclesiae natura – in English, "The Church's Deepest Nature," with a subhead "De Caritate Ministranda"; that is, "On the Service of Charity". You can read the full document HERE.

I wasn't sure what it all meant until that wonderful reporter, John Allen who writes for that not so wonderful little "c" catholic Reporter, made it all clear to me.

I've wondered about our Catholic Charities, even locally, that do a very good job of being charitable, but seem to want to diminish the Catholic Character of our generosity and seem even less inclined to want to evangelize those who come to them with the Catholic Faith. I sometimes wonder if what they are doing any non Christian or secular or even agnostic or atheistic charitable group could do--that is simply help the poor without any evangelical thrust?

For example, in Macon, our Catholic Charities or equivalency has a name that no one knows is Catholic--Family Advancement Ministries! I have hated it from the beginning when it was renamed about 7 years ago from a combination of "Nazareth Home" and "Mother and Child Ministries." I pushed for a Catholic name in it and well, frankly I like "Catholic Charities!"

And, here is the kicker--the funding we receive to assist people has to be monitored and we can't take money from "groups or institutions that pursue ends contrary to the church’s teaching.” THAT'S A BOMBSHELL, BECAUSE IT IMPLIES GOVERNMENT GRANTS OR THE DISTRIBUTION OF GOVERNMENT MONIES!

Should we give the Catechism of the Catholic Church to everyone we help and invite them to the Catholic Church? Should Catholic Charities and any off=shoot of them that is an official ministry of the Church be praying for and with those who are helped and in a specifically Catholic way?

READ JOHN ALLEN'S REPORT THAT HELPS US TO UNDERSTAND THIS TRUE BOMBSHELL:

Among other things, the new rules appear to tighten the scope for Catholic charities to collaborate with groups with whom they may share specific interests, but which also take positions that conflict with Catholic teaching. In effect, the rules appear to be a response to perceptions voiced over the years that some church-run charities are more similar to secular NGOs and humanitarian groups than to distinctly Catholic operations.

A charitable group may call itself “Catholic” only with the written consent of church authorities. If a particular outfit is deemed to be no longer “in conformity with the church’s teaching,” the bishop should make that known and take steps to prevent it from using the title “Catholic.”

Personnel must “share, or at least respect” the Catholic identity of church-affiliated charitable organizations, and must also “give an example of Christian life” beyond their professional competence.

A Catholic charity may not take money “from groups or institutions that pursue ends contrary to the church’s teaching.”

To avoid leading people “into error or misunderstanding,” bishops are to ensure that parishes and dioceses don’t publicize initiatives “which, while presenting themselves as charitable, propose choices or methods at odds with the church’s teaching.”

The title of the new papal edict is De Caritate ministranda, “On the service of charity,” and it was published today on the Vatican web site. Benedict wrote that he issued the document upon the recommendation of Cardinal Robert Sarah of Guinea, who heads the Pontifical Council Cor Unum, the Vatican’s main oversight agency for charitable activities.

Benedict's document also calls on Catholic charities to be transparent in the administration of funds, to make regular financial reports, and to ensure that expenses and salaries are "proportionate" to the budgets of other church offices.

The new regulations come roughly a year after the Vatican moved to tighten its control over the leading global federation for Catholic charities, the Rome-based Caritas Internationalis. The organization’s secretary general at the time, Zimbabwe-born laywoman Lesley-Anne Knight, was denied Vatican permission to stand for a second term, and the organization’s statutes were revised to provide greater oversight by Vatican authorities, especially Cor Unum.

Among other things, the Vatican appeared to want Caritas, and Catholic charities generally, to have a more specifically “missionary” orientation, meaning promoting the faith alongside meeting basic humanitarian needs.

One veteran of the Catholic charities scene summed things up this way at the time in a background comment to NCR: “When it comes to charity work, there’s a continuum from secular humanism on one end to aggressive proselytism breeding ‘rice Christians’ on the other. Nobody’s saying Caritas ought to be at either extreme, but it’s clear the Vatican is pushing us further in the direction of promoting the church while we provide humanitarian and emergency assistance.”

In today’s document, Benedict XVI insisted that “The service of charity is a constitutive element of the church’s mission and an indispensable expression of her very being.”

This is bigger than you think. Apply the same requirement to Catholic Hospitals and Schools. Yikes.

I would love to analyze the relative cost of simply closing every Catholic hospital and taking eng the proceeds of their sales and future contributions and simply help pay the bills of the distressed. I bet it would cost less and would avoid support for things we don't do.