PROGRESSIVE CATHOLICS, I.E. SPIRIT OF VATICAN II TYPE OF FOLKS, ARE FREAKING OUT ABOUT THE REFORM OF THE REFORM WITHIN CONTINUITY WITH OUR PAST, WITHOUT RUPTURE FROM PRE-VATICAN II TIMES

Images like this drive progressive Catholics crazy, all the more reason to see a proliferation in this style of Mass, celebrating the Ordinary Form Mass in an Extraordinary Form sort of way! 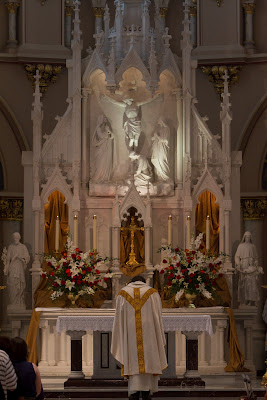 This too seems to be a grand caricature of progressive Catholics today who see the hand writing on the wall and in the Roman Missal! 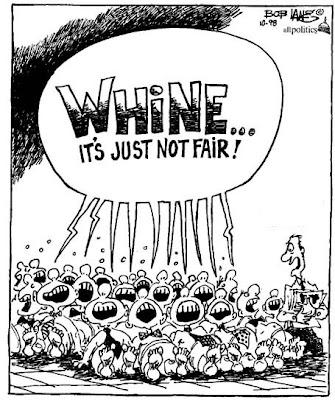 As you know, I was trained in a liberal major seminary from 1976 to 1980, not exactly the heyday of renewal for the Church, although we thought it certainly was and that we could create a Church Utopia by our methods of renewal that would be well entrenched by the 21st century. Talk about pride and God humbling the prideful! It is to laugh! Hindsight is 20/20!

But what I learned as I became a flaming progressive that being flexible is good and healthy although today I will have shrunken the parameters of that flexibility since I have recovered my right mind in my aging process.

But we know that under the papacy of Pope Benedict XVI he has encourage post-Vatican II renewal by actually implementing the Second Vatican Council documents as written and not reading and interpreting them through the lens of discontinuity or rupture.

All of this impacts Liturgy, ecclesiology, the interpretation of the Word of God and how the Magisterium is received by academics and clergy and laity alike and finally how Catholicism impacts lay Catholics as they bring their pristine Catholic faith and morals to their home, work and play, especially how they care for the poorest of the poor (the unborn, but also the born disenfranchised) and others in need.

The biggest area in which progressive Catholics are freaking out in truly an irrational way is in liturgical reform of the reform. They absolutely despise the term "reform of the reform" because it implies that the first reform got it completely wrong and the spirit of Vatican II reform is even wronger (if I can use that progressive term).

They hate the term "Say the black and do the red!" They think right thinking Catholics who are taking the ball of reform in continuity and running with it are a bunch of idiots and hypocrites too. But what is really odd, they have now become policemen of the reform of the reform group when this group appears to be less rigid about certain liturgical actions whether in the Extraordinary Form or the Ordinary Form.

For example, true to my seminary days, I am a flexible sort of person and do not like rigidity whether it is liberal or conservative rigidity.

You would think the progressives would applaud this. No it freaks them out because they can't box-in certain progressive traditionalists and make a caricaturization of them. And anything that makes the EF Mass more appealing to a broad coalition of Catholics freak them out!

But what really drives them crazy is celebrating the Ordinary Form of the Mass in an extraordinary form sort of way!

By this, I mean, that the official Introit, Offertory and Communion antiphons are chanted in addition to a processional hymn, offertory and communion hymns and a recessional.

By this, I mean that the Liturgy of the Eucharist is celebrated Ad Orientem.

By this, I mean that we wholeheartedly embrace the new English translation and the chants of the Roman Missal with gladness and joy, in a mature sort of way.

By this, I mean that we allow for more options at communion time, such as the option of kneeling to receive our Lord first and foremost through the means of eating and drinking.

By this, I mean eating and drinking should be seen as a symbol in the, well, symbolic sense, since after all we are receiving our Lord first and foremost. So one of the options to make Holy Communion more sanitary and at the same time offer the Precious Blood to be "drunk" is by way of intinction, which is a form of drinking too, although some would say minimalistic, but are not all symbols minimalistic? And isn't our Lord, after all, present in the tiniest speck of the Sacred Host and the smallest portion of the Precious Blood, completely, Body, Blood, Soul and Divinity? Do we receive less of our Lord when we receive a smaller portion of bread and wine to eat and drink? Talk about obsessing on how many angels can dance on the head of a pin!

Other than that above, by this, I mean "read the black and do the red" but with style, grace and flexibility! And when you do so, know that you are driving academic progressives wild to the point of freaking out! God is good!

PTB did have a good point about doing things in the OF which are actually contrary to the rubrics (as opposed to using traditional things where the rubrics don't contradict doing so).

The best example of this is genuflecting to the tabernacle during Mass. The rubrics are quite clear that this should be a bow. Fr. Z's rationale otherwise is simply right-wing dissent. And if we're going to say over and over again, "do the red," we really have an obligation to do it all the time.

This is my solution:

Write a letter to the CDWDS and ask for an indult to genuflect to the tabernacle. I'm certain they would grant it.

"And anything that makes the EF Mass more appealing to a broad coalition of Catholics freak them out!"

You know what, Father? Good. Jolly good. And good for you. Some kinds of ideas have a short, sharp, shock coming to them.

"But what I learned as I became a flaming progressive that being flexible is good and healthy although today I will have shrunken the parameters of that flexibility since I have recovered my right mind in my aging process."

Perhaps it's because it depends on the type of "rigidity" and clarity and rigidity are not the same thing. Whenever I hear progressives inside and outside the Church complain that Catholicism is just "a buncha rules" or that the EF Mass is "too rigid," I'm reminded of a favorite quote by Chesterton: that one opens one's mind just enough in order to shut it upon something solid.

That's what all the doctrine and dogma are for: to allow us to stand upon something solid so that we can indeed go broad and deep without our brains falling out. Clarity is the kind of "rigidity" if you will (if one has to put it that way, hence the quotation marks) that allows for real flexibility.

Actually, Father M, you need not worry that celebrating a simple Missa canta sine Ministris and without incense betrays your true progressive leanings.

Indeed, the use of incense at a sung Mass without deacon and subdeacon was proscribed in the 19th century and before, and was only permitted explicitly in the 1960 (1962) rubrics.

So your insistence on celebrating sung Mass by pre-1960 standards might qualify you instead as a rad-trad.

I can vouch for what Henry is saying. While I was working as an MC, we had two priests with varying levels of competency regarding the TLM.

Monsignor would celebrate Holy Mass with torches and smoke, in addition to two acolytes and myself. The rubrics are perfectly clear on this action of a Missa Cantata.

However, Fr. Curate was celebrate Holy Mass with two acolytes and myself. No torches, no smoke.

Essentially, Fr. Curate did celebrate a sung low Mass, with the exception that the boys stayed off to the side and I would make the responses next to him at the footpace.

Either way is acceptable according to the 1962 books and while it is always a preference to sing a Solemn Mass, with the shortage of priests and utter lack of enthusiasm and knowledge of deacons, it is not feasable. So, as in the old days, one must make due with what one has.

It is always our intent to celebrate Holy Mass as closely to the rubrics as humanly possible. I will say that Fr. Curate is now using incense and he is following the Monsignor's model.

We must remember that as we re-learn the TLM, we must take the time to teach the Mass properly. I will not put a child out to do something that he is not prepared to do. So, this necessitated, in the beginning learning the various parts.

Following this model, the boys are learning the Mass and while they are torches, they are drilled on their Latin responses, so that when they move into the acolyte role they can respond naturally. This is a pre-requisite for being an acolyte. One must be able to make the responses in a timely fashion.

All of this though allows for two things, noble simplicity when Father celebrates Holy Mass, through economy of movement. And two, attention to detail which gives greater glory to God by the altar boys themselves.

When the boys know their job, the MC and the priest can function much simpler and the true aspect of noble simplicity can shine.

One of these days, I hope for an implementation of what Vatican II originally wanted will be mandated. I have had it up to here with liturgical irreverence and irregularity and perky hymns that are spiritually unedifying. More and more Pastors need to celebrate Mass like the pope instead of doing it however they feel like it.