WAS SUMMORUM PONTIFICUM A MISTAKE? YES! 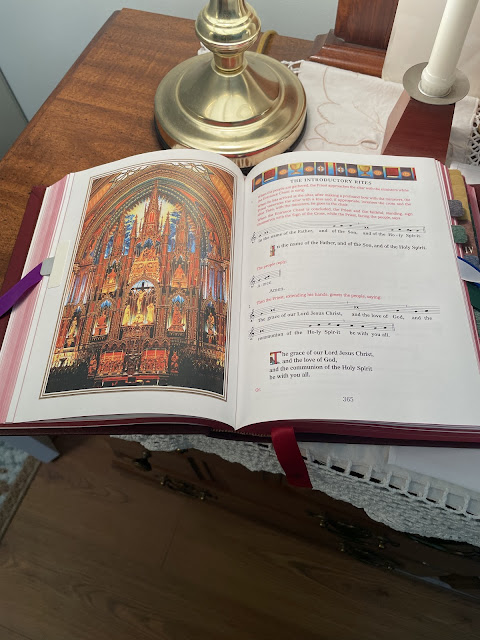 On July 7, 2007 Pope Benedict issued his infamous Summorum Pontificum. There was great jubilation among long suffering traditionalists and soon hoards of young Catholics and their young clergy embraced this new freedom with gusto.

Aging progressives, thoroughly imbued with the spirit of Vatican II, were aghast and called it the worst name possible, “so pre-Vatican II.” When a progressive calls you that be sure to know that its ethos is a sanitized “n” word or whatever word of profanity you might want to choose.

In hindsight and with a pope now thoroughly imbued and in love with the 1970’s Church which had its wings clipped by both Popes John Paul II and Benedict, should Pope Benedict been more forceful in establishing his theology of interpreting Vatican II in continuity with what preceded and called the spirit of Vatican II in rupture with what preceded the heresy it is? We see how His Holiness Pope Francis  has been able to reverse and annihilate the direction these two popes (one still living,  mind you) were leading the Church not by denying Vatican II but interpreting it respectful to what preceded and in continuity with what came before.

But Pope Benedict only proposed; he did not impose. He did not imposed his vision in a pre-Vatican II way as Pope Francis is imposing his post-Vatican II spirit of rupture ideology upon the Church but with a veneer of “walking together” in a democratic spirit of synodality which is quite self-referential.

The mistake that Pope Benedict made with SP is that he freed up the pre-Vatican II Mass to be liberally celebrated thus creating two forms of the one Latin Rite which Pope Francis calls deleterious.

Pope Benedict should have reformed the 1970 Roman Missal and made it more like the 1962 Roman Missal along with the liturgies of the other sacraments, like Baptism. He should have done exactly what Vatican II asked, no more, no less—interpreted noble simplicity, not as ugly austerity but beautiful clarity as well as some vernacular for the changing parts of the Mass and an expanded lectionary, not replacing the 1962 lectionary but simply adding two more cycles based upon the first but the first not be replaced but becoming year A.

The leftwing geriatrics in the Church would never have stood for that and would have revolted. Pope Benedict declared peace with SP - a wise approach after the disasters of the 1960s. Peaceful mutual co-existence is far better than more liturgical wars. I think over time, the younger clergy, like my pastor, will move the Mass to be more like the TLM. Over time that may create the proper atmosphere to allow a future Pope to suppress the Novus Ordo because by then only tradition minded priests and Catholics in the actual pews will be left. From my personal observations, and what I see on websites like The New Liturgical Movement, tradition is for the young and will carry the day no matter what PF and his Roche think.

I often thought Benedict XVI placed too much emphasis on legislation by suggestion. I suppose he was trying to re-enchant the liturgy without being divisive. Perhaps he should have done as you suggested, the Church might have been in a much better place then it is currently. I suspect many of his perceived inactions were driven by the "wolves" that made and likely continue to make the Vatican seem like a cancerous horror to have to exist within.

The mistake was what CAUSED the necessity of the Motu Proprio in the first place.

The mistake was an apparently well-intentioned, but misguided pontiff listening too much to one single archbishop and giving that archbishop too much authority.

The mistake was not correcting the error when this pontiff realized that the archbishop had lied to him and was a member of the secret sect.

We are still living under the tyranny of an authorized and enforced error. And not just in the Church.

It's a bit much to expect Pope Benedict, who opposed the idea that popes could do what they wanted with the liturgy, to have rewritten not only the 1970 MR but also the new ritual books (still controversial).

Back in the 1970s, and having experienced the splendours of Brompton Oratory, I saw little point in retaining the Tridentine Mass. Far more important was the retention of Latin, dignified ceremonial and decent music. More recently I have come to appreciate the importance of regularly celebrating the classic Roman Rite and, more importantly, using the 1614 Rituale Romanum. PF and Roche can dissimulate as much as they like. And don't blame ++Arthur for exceeding the remit of TC. He is clearly 'working towards the Führer' and the Führer no doubt approves.

The main problem with Roche is that he is going to be around for some time, and will have a considerable influence on the appointment of English bishops. The Archbishop of Birmingham and an auxiliary bishop of Westminster were scheduled to confer Confirmations in the older rite. After Roche's infamous intervention both suddenly cancelled. Auxiliaries at Wesminster are usually promoted to diocesans, and Birmingham is often a stepping-stone to Westminster and a red hat.

Overly cynical? I think not.

JN, we were worried, even FRMJK, about your long pause in comments!