The first photo below has, what I use to think, prior to Vatican II, was the trademark look of Catholic altars. There was something magnificent about this look that directed your eyes upward to heaven, to Christ, to the Blessed Mother, to all the angels and saints.

Then, when the second photo of the same altar became somewhat the norm of the trademark of the post-Vatican II altar, my gut instinct told me that this was pedestrian, about the now, not the hereafter, and not as important.

I think if you asked an atheist which altar looks more important, their gut instinct would tell you the first not the second.

And thus you have it. When the majority of Catholics don't think anything really important happens on our altar, especially the post-Vatican II altars which look so inferior to the pre-Vatian II altars, why should they remain Catholic or go to Mass, Why?

I have been to this Basilica outside of Jerusalem, The Basilica of Gethsemane. I wondered what the pre-Vatican II altar looked like. I need not wonder any longer. So many of the Holy Land's magnificent altars were destroyed for looks like this. SAD! 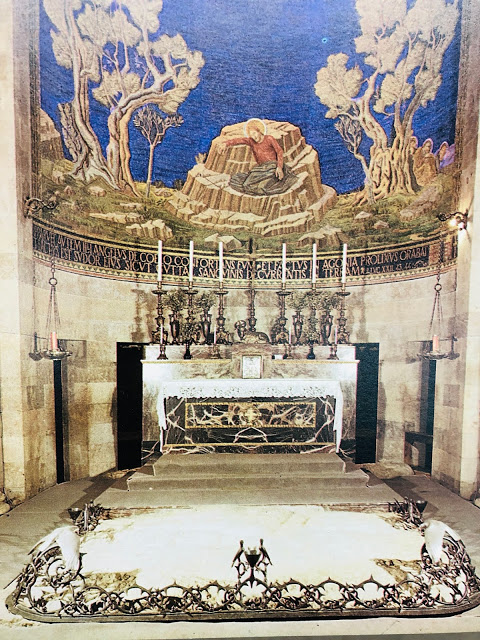 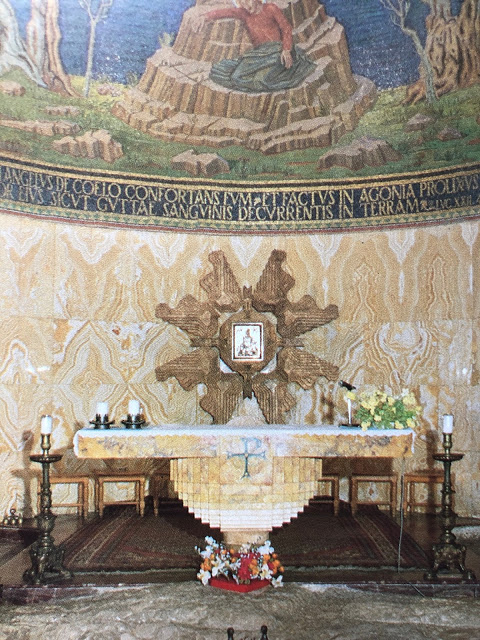 Unfortunately, no after, after

The post-conciliar altar does look inferior and horizontal when compared to the original (at least it does to me). True to form, its caretakers have run the requisite row of chairs behind the altar, flowers on one end of the mensa, candles on the other. The formerly enthroned tabernacle is now recessed into the wall surrounded by obscure appliques. The whole recipe is so tiresome to look at (I guess I'm both totally unimpressed and totally uninspired). Gather Us In!

Wow - it takes a barbarian’s barbarian to do that

How sad. The squandering of money, beauty, sacrifice, and the destruction of what had originally been done for the glory of God.

Romulus Augustus here, there is that "look" again with two candles to the side of the table, the Germans always do that as well, never did get that look, what is wrong with six candles?