THIS IS WHAT HAPPENS WHEN CATHOLICISM LOOKS MORE AND MORE LIKE LIBERAL PROTESTANTISM LITURGICALLY, DOCTRINALLY AND MORALLY 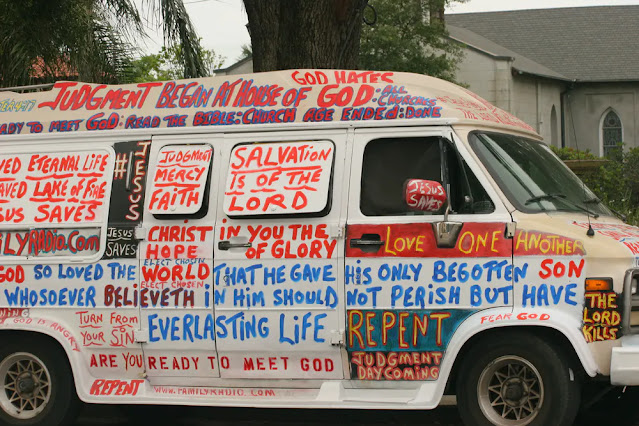 There are many factors at work in Mexico, Latin America and South America and all over the world that is leading many Catholics to jump ship and become Evangelical, non-denominational Protestants.

First: There has been over the last 50 years a loss of Catholic Liturgical identity where many parishes try to mock Evangelical, Pentecostal worship in style and music thus rendering Catholic identity once very strong weak and a poor second to what we once were and what Pentecostal worship is. So it is no wonder that Catholics cooked in a more Protestant, evangelical style of music and worship would think nothing of changing over to actual Protestant worship that is far superior that what Catholics usually attempt in a liturgical setting.

Liberalism in Catholicism pushes people looking for certitude to Protestant sects who promote it. Pope Francis calls Catholics like this in a deriding way: fundamentalist. I think he’s glad to see them go.

Here is a story I copy from The Deacon’s Bench:

“MOTHERS AND FATHERS SEARCH IN THE WORD OF GOD FOR VALUES SUCH AS FIDELITY IN MARRIAGE, HARMONY, LOVE OF CHILDREN, HONESTY, AND A HEALTHY LIFESTYLE.”

The Catholic majority in Mexico is slipping, as Protestants surpassed 10 percent of the population in the country for the first time ever.

According to recently released data from Mexico’s 2020 census, the Protestant/evangelical movement increased from 7.5 percent in 2010 to 11.2 percent last year.

The Catholic Church has historically dominated the religious landscape across Latin America, but especially in Mexico, which ranks among the most heavily Catholic countries in the region. Today, though an overwhelming majority of Mexicans still identify as Catholic, declines are accelerating.

It took 50 years—from 1950 to 2000—for the proportion of Catholics in Mexico to drop from 98 percent to 88 percent. Now, only two decades later, that percentage has slipped another 10 points to 77.7 percent.

National church leaders attribute the boom in Protestantism to a range of factors, from the influence of Americans and fellow Latin Americans in the country to effective evangelical outreach in indigenous areas.

Pentecostalism dominates the Protestant landscape, and even many of Mexico’s historical denominations—think Baptists, Presbyterians, and Methodists—have been “pentecostalized” in some beliefs and practices, embracing energetic worship, healing, and spiritual gifts.

Nearly a million American-born people live in Mexico, as well as tens of thousands of Guatemalans and Venezuelans, and others from Central American countries. Some of them have brought evangelicalism with them, while others encounter it when they arrive in Mexico, according to Rosa A. Duarte de Markham, coordinator of the department of biblical translation at the Missionary Cooperation of Mexico (Comimex).

Markham also believes that the recent Protestant growth reflects how Mexican society longs for the sense of morality and family values upheld in evangelical churches.

“Mexico has been in mourning for several years due to enforced disappearances. Surely this has led to the search for God as a comforter, to value peace and justice,” she said. “On the other hand, the need to rescue the family nucleus has led mothers and fathers to search in the Word of God for values such as fidelity in marriage, harmony, love of children, honesty, and a healthy lifestyle.”

There’s more. Read it all.

Since c. 1970, how many millions of lay Catholics have been taught and influenced by Catholic priests and Catholic teachers who simply did not believe, in any full and true sense, that the Catholic Church was the one true Church?

Is it true that Mexico does not have communion on the hand? (at least before the pandemic)

To follow on from anonymous @ 9.55AM,
How many millions of Catholics in the past 50 years have been taught and influenced by Catholic priests, Catholic journalists and teachers etc who simply did not believe, in any full true sense, what Humanae Vitae taught and also, for example, held at least unorthodox and or quasi Protestant views on the Mass as a true sacrifice and traditional Catholic teaching on transubstantiation and the real presence and so on?
I can remember being taught by a priest/lecturer at a Catholic seminary in the 1990s who openly stated that Luther had a deeper and better and more scriptural understanding of the Eucharist/real presence than Aquinas.

Go back to your home, you English Catholic .....is that an OK translation of the above? And if so, what point are you making?

It is most interesting that the example of Protestantism with its thousands of denominations, and the self ordained independents, does not serve a sobering example to those who want to further split the Catholic Church. No where in scripture or tradition is there a hint that multiple churches were the intention of our Founder. It is more that enough stress to the Body of Christ that we have the divisions within the Church of what should be settled theology without allowing the infection of multiple truth and indifferentism.

I would appreciate it if you asked me before you posted a photo of my minivan!

I wonder how many pick their religion based on which religion will get them a green card the quickest. There are other routes to increase a congregation besides holiness.

I was an altar boy before Vatican II. I liked it.
Now I say Mass each Sunday and each holy day as an Orthodox Priest in the Western rite. The liturgy I use is approved and it is identical to the Latin Mass, except it is in English.
I like it even more.
In case you do not know, all 7 Sacraments are valid.

I’m sorry, that looks like an expression of liberal Catholicism to you? Come out of your bubble, Padre!

Is it Coach Q or Coach K?

Is your branch of the Orthodox Church, Western Rite, in Communion with Rome?