TO HAT OR NOT TO HAT THAT IS THE QUESTION 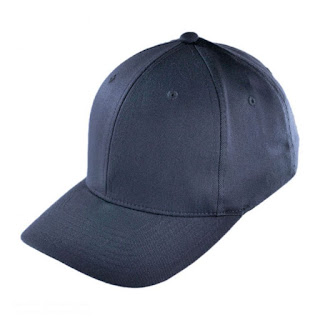 At our 8 AM Mass this morning, a young man I have not seen before, maybe in his early 20's, was sitting quietly with his typical of his age hat on.

I thought to myself, self, should I say something to him before Mass begins. Then I thought, no, I didn't want to say something negative to him the first time he saw me or correct him. So I let it pass.

Throughout the Mass, he seem rather pious and thoughtful, although I noticed he took his hat off and put it on again a number of times. It distracted me to no end not only because he was doing this, but because Sister Lillian in the first grade would have killed any of us if we did anything similar. She ingrained in me the proper etiquette for men and  hats!

Then at Holy Communion time he was in the other line from mine, approaching with his hat on. Since my line was shorter at the end, he changed to my line, by first taking his hat off, genuflecting and approached me. I could tell he didn't seem to know what he should do next. So I asked him, "are you Catholic" and he said quietly, "no, this is my first Mass ever!"  I said, "I can't give you Holy Communion, but may I bless you? He said yes, I gave him a blessing by placing my hand on his head and making the Sign of the Cross with my thumb on his forehead.  He was a nice looking young man but seem to be overwhelmed. He returned to his pew, put his hat back on and waited to pray the Rosary with our little Rosary Group after Mass.

Sometimes, we can get all bent out of shape by etiquette that we can turn people away by correcting them the first time we meet them.

I am glad I didn't say anything to him. I doubt we will see him again. But if I do, I will introduce myself to him and thank him for visiting.

I am puzzled though that he made a wonderful and proper genuflection to the tabernacle before switching communion lines. I noticed at the final blessing that he blessed himself although with his left hand. He did not kneel at the kneeling times, but sat, but observe other postures.
Posted by Fr. Allan J. McDonald at Wednesday, April 20, 2016

Good call, Father, not to say anything even though the hat was a distraction - of course you may not have noticed him if not for the hat. I am sure you will see him again some time.

Father McDonald, I find your story warm, interesting, and instructional (I have to reflect upon my sense of charity toward others).

Father, what is your parish's policy in regard to newcomers? Prior to or at the end of Mass, is there an announcement made to encourage newcomers to fill out a card for newcomers or to meet a parish representative? Thank you.

The "wonderful and proper genuflection" suggests that he'd been watching a classic Catholic movie the previous day (maybe The Cardinal, or perhaps even I Confess) and was inspired to experience 1950s Catholicism for himself. It sounds like he wasn't disappointed.

Grace is moving the lad. I will keep him in my prayers.

This is wonderful, father! My guess is that he discovered what the Church is like on EWTN and the Holy Spirit prompted him to give us a try. That would explain why he knew how and when to genuflect.

I will pray that young "Mr. Capper" will accept Christ's teachings and enter the Catholic Church. He appears to be well on his way!

God may be calling this young man to become Catholic...or at least this young man is working his way through some sort of calling. Personally, I think the situation was handled perfectly, as the young man, obviously, did not intend any disrespect with his hat. So many young people today are turning away from God all together. It is a blessing that this young man attended Holy Mass this morning and stayed to pray the Holy Rosary. If this young man pursues becoming Catholic, he will learn that hats are not appropriate at Mass and in a way that will not detract him from the Church. Obviously, prayers for conversion are bearing fruit.

This young man reminds me of myself -- one August Saturday evening, I went to the anticipated Mass at St. Joseph's out of curiosity.* The following Thursday, I was in the RCIA classes. And I was baptized by Fr. McDonald at Easter.

I went from being an atheist in August to a Roman Catholic in April!

The Holy Ghost is really amazing.

* Perhaps the most amazing part in this story is that the Mass we went to was one of those where the sermon is about giving money to the Church -- the stewardship pledge-drive weekend. Not the best topic for an atheist to hear upon first arriving at Church!

Father, you handled the situation well. If this person had attended Mass elsewhere
and the priest had given him the Eucharist, this would not have been a good
"first lesson" in Catholic belief and theology in the Real Presence. Although, had Communion been received out of ignorance, certainly the person would not have been guilty of sin. If the celebrant of the Mass had not picked up on what you noticed about the person, then he would not have been guilty of a sin either. It is good when people are informed that they are not to receive unless they meet the conditions of being Catholic and in addition, not being in a state of serious sin.

I met with this young man this morning who was at Mass again and who has much on his plate and is in need of liberation. He is doing all the right things even in the face of tremendous suffering, much of it self-inflicted but not all. The Lord has truly led him to St. Joseph in a marvelous way and I pray that God's intervention will help him on his journey of purification and normalcy!

Please offer a prayer for him and his on-going journey of suffering and purification!

Thank you for the update, Father. :^)

I will pray for the young man this afternoon.

'I gave him a blessing by placing my hand on his head and making the Sign of the Cross with my thumb on his forehead' thereby transferring any sweat etc. onto the Sacred Host next time you gave Holy Communion to someone.

I hope there is someone to take this young man under their care and help him inquire further.

I did not expect to see him again but he has returned and I have met with him twice. He is under a great deal of stress mostly of his own making but not entirely and has a great desire to get on the right track. He has two beautiful children, one only 4 weeks old and the other 4. He has taught himself so much about the Catholic Faith but had a strong religious experience as a Baptist when he was 16. I think the Holy Spirit has really been active in his life to get him here and that was by coincidence or Godincidence.