DOES CARDINAL DOLAN KNOW SOMETHING ABOUT WHAT IS IN THE APOSTOLIC EXHORTATION WHICH WILL BE ON MARRIAGE NOT DIVORCE?

This is the icon or image of Christ the Bridegroom: 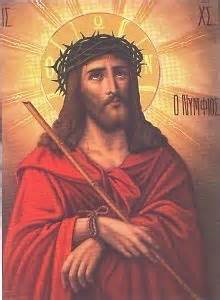 This is an image of the Church as the Bride of Christ: 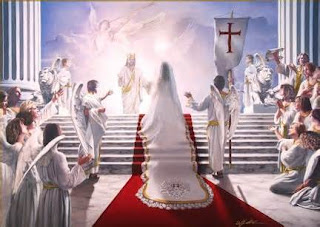 This is what John Allen at Crux is writing and you can read the entire article and interview at Crux HERE:

Four days ahead of the release of Pope Francis’ keenly anticipated document on the family, in which he’s expected to address the hotly debated question of Communion for divorced and civilly remarried Catholics, Cardinal Timothy Dolan of New York is urging the Catholic world to keep its eyes on the prize.

“My major concern is that we can’t allow this one issue, as important as it is, to eclipse the fact that the major and most urgent mandate for the Church is to reclaim the beauty and nobility of the sacrament of marriage and family life,” Dolan said.

In fact, Dolan suggested that from a pastoral point of view, too much attention has been devoted to the Communion debate, since those Catholics who are divorced and remarried, who are still coming to Mass, and who faithfully observe the Church’s rules, represent a “distinct minority.”

“Believe me, I wish I got thousands of people at the door of the Church shouting, ‘We want Holy Communion! We want back into the Church!'” he said. “I wish they were doing that, but they’re not.”
“I don’t hear this as an urgent pastoral problem,” he said.

But then John Allen has written an article on  Cardinal Christoph Schönborn of Vienna, Austria,  who will present the Apostolic Exhortation tis coming Friday. Does Pope Francis' choice of the good Cardinal to present this document say something about what it will contain? John Allen thinks so. You can read the Crux article in full HERE:

During an Oct. 26 press conference last year, Schönborn, whose own parents were divorced when he was a teenager, told reporters he felt that the synod could not recommend a clear yes or no to Communion for the divorced and remarried.

“There is no black and white, a simple yes or no,” he said, arguing that situations vary widely and so too must the Church’s response.

On the issue of how the Church talks about gays and lesbians, Schönborn also has been a champion of more inclusive approach.

“The Church should not look in the bedroom first, but in the dining room!” he said in a September 2015 interview with Civiltà Cattolica, a Jesuit-run journal in Rome.

“We can and we must respect the decision to form a union with a person of the same sex, [and] to seek means under civil law to protect their living together with laws to ensure such protection,” he said in that interview.

Schönborn spoke of a gay friend who, after multiple temporary relationships, now has a stable partner.

“They share a life, they share their joys and sufferings, they help one another,” he said. “It must be recognized that this person took an important step for his own good and the good of others, even though it certainly is not a situation the Church can consider ‘regular’.”

During the 2014 synod, Schönborn also argued that the Church can find positive moral elements in other non-traditional relationships, such as cohabitation outside marriage.

He drew an analogy with Lumen Gentium, a document of the Second Vatican Council (1962-65), which taught that there are “elements of sanctification and of truth” outside the visible boundaries of the Catholic Church.

In the same way, he suggested, there may be virtues and truth in relationships that fall short of the Church’s full vision of marriage as a permanent, lifelong union between a man and a woman open to new life.

“Who are we to judge and say that there are no elements of truth and sanctification in [those relationships]?” he asked in 2014.

Given that track record, the choice of Schönborn to present the pope’s document may be an indication of where Francis is likely to come down on those matters, at least in a big-picture sense.

It may also reflect a degree of political savvy, since despite his progressive-seeming stances on the key synod debates, Schönborn nevertheless also has solid conservative credentials.

He’s an intellectual protégé of emeritus Pope Benedict XVI, for instance, and was also the general editor of the Catechism of the Catholic Church under St. John Paul II.

A member of the Dominican religious order, the 71-year-old Schönborn is widely regarded as one of the most intellectually impressive members of the College of Cardinals, and was mentioned as a possible candidate to be pope himself in both the conclaves of 2005 and 2013.
Posted by Fr. Allan J. McDonald at Monday, April 04, 2016

Sounds like Schonborn is saying that the world has the Truth not the Church, in this case about the sacraments. This heresy is what has decimated the Episcopal/Anglican as well as other Protestant ecclesial communities, by the way.

Victor, why must it be either/or?

A "brilliant' strategy! Discourage the faithful Catholics who pay the freight in favor of people who don't give a tinker's damn about the Faith. What to go!

Schoenberg didn't sound very conservative to me. Had the relationships been with women they would have been equally disordered only for different reasons. I am concerned that this document may miss a larger point.


It is not for those in or outside of the Church today to add unholy accretions and expansive inferences to the substance of Christ's teaching. It was He who forever defined marriage and set its boundaries which are not to be re-defined by man. Whatever is good in those who are involved in these relationships can only be sanctified if they end their scandalous behavior and return to a right relationship to God. Where is one more likely to find the greater "elements of truth and sanctification" : in a same sex relationship, or in a the marriage of two Protestants who, according their circumstances, born of a sincere effort, succeed in obeying God's law, in word and deed, to the best of their knowledge and ability? Yet who is there that is seeking to allow the latter to partake of the Holy Eucharist?
To be worthily admitted to the privilege of receiving there must exist an affirmation of belief, a profession of faith, signified by word and outward conduct and lifestyle, that one in fact is in communion with the Body of Christ. One must believe what the Church teaches and this belief is manifested both inwardly and outwardly as a confirmation of this belief. If one has a co-operative and willing attitude, God will supply the necessary grace.

Bishops and priests are not immune from being influenced by the "Spirit of the Age" and by social acquaintances with whom they are familiar.
It should be our prayer that, overcoming all difficulties, they will, in practicing the Spiritual works of Mercy, always promote the teachings of the True Faith with humble Christian charity.