ELEVATING PASTORAL THEOLOGY TO THE LEVEL OF DOCTRINE OR DOGMA, MEANING THAT IT MUST BE EMBRACED AS AN ARTICLE OF FAITH IS JUST PLAIN STUPID! NO ONE HAS TO EMBRACE ANY THEOLOGY THAT ISN'T CLEARLY DEFINED AS A DOCTRINE OR DOGMA AS AN ELEMENT OF FAITH, NO MATTER HOW AUTHORITATIVE! 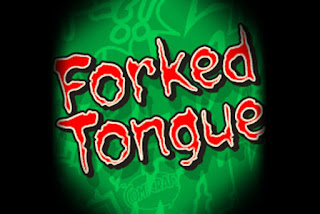 The old forked tongue canard that a Catholic has to accept everything that Vatican II teaches continues to raise its ugly head. The same with any pope's pastoral theology, especially with the most recent exhortation, as if a pastoral outreach could be dogmatic. It isn't.

Thus at that progressive liturgical blog the following is written:

...The liturgical reform is part and parcel of the larger reform and renewal of all aspects of the church called for by the Second Vatican Council. It’s all a package deal. (My comment: I don't disagree with this, and I do agree that Vatican II set an agenda for the Church that is pastoral)

[It has been pointed] out, for Marcel Lefebvre the issue was not just that he liked the unreformed Tridentine liturgy. His rejection of the liturgical reform was part of a larger (and internally consistent and coherent) rejection of ecumenism, interreligious dialogue, a recalibrated relationship between the church and Jews, and one should especially emphasize, religious liberty. They all go together. (My comment: as true as this is and it is true, none of it is doctrine or dogma required for Catholics to embrace as an article of faith. Thus when Archbishop Pozzo say what Pope Benedict basically said and what it appears that Pope Francis is ready to say:)

Abp. Pozzo, Secretary of the Pontifical Commission Ecclesia Dei, spoke to the semi-official daily of the French episcopate, La Croix, on the relations between the Holy See and the Society of St. Pius X, and among other relevant things said the following:

"The difficulties raised by the SSPX regarding Church-State relations and religious freedom,the practice of ecumenism, and the dialogue with non-Christian religions, of certain aspects of the liturgical reform, and of its concrete application, remain the object of discussion and clarification, Abp. Pozzo [of the Pontifical Commission Ecclesia Dei] added, but they are not an obstacle for the canonical and legal recognition of the SSPX."

My comments: Of course this codicil doesn't mean that the general Ordinary Form of the Church will forsake any of what Vatican II's pastoral agenda is, but it is being made clear that it isn't an article of faith because it isn't a dogma or doctrine and it appears that Catholics in good conscience can dissent from it and prefer the Mass as it was prior to Vatican II and be Catholics in Good standing.

In fact Bishop Fellay, Superior of the SSPX says as much in terms of what Pope Francis indicates to him:

My final comment: But with that said, for anyone in full communion with the Church to denigrate outright what Vatican II has taught and developed would be off base too. It isn't either/or, in other words, but both/and!
Posted by Fr. Allan J. McDonald at Thursday, April 14, 2016

Bishop Fellay, on April 11, 2016, addressed the seeming duplicity of the Congregation for the Doctrine of the Faith (a reconciliation of the SSPX in the midst of a heightening of the crisis in the Church). Here's what he said:

". . . [I]t is as if the Congregation of the Faith decided: We have no right to treat in such a way those people who only say and teach what the Church has always taught....we have no right to consider what they do as a very serious sin, while all around them there are so many, even prelates and cardinals - we would almost say all the way up to the Pope - who not only talk nonsense, but utter heresies that are an open path to sin."


No change in doctrine?
Franciscans of the Immaculate seminarians are taught the new moral and salvation theology based on known exceptions, visible in Heaven
http://eucharistandmission.blogspot.it/2016/04/franciscans-of-immaculate-seminarians.html

Kasper, while claiming Amoris Laetitia "changes everything", also admits that it does not even change canon law at all.

We would ALMOST say? What a crock of lies and filth. What will it be SSPx, either you hate the Pope and call him a heretic, or you obey him. Stop trying to save face and reveal the truth of how you REALLY feel about Francis.

Julian, I would eliminate the "almost" and just say that the pope has uttered heresies. But that doesn't make him not the pope. Since he is the pope, he is to be obeyed. But he cannot be obeyed absolutely when obeying him means disobeying Christ. So the situation of having such a pope is rather more complex than you seem to suggest.

It is possible to recognize that the pope has uttered heresies and not to hate him. That is the nature of loving the truth. We love the Church, including the papacy, and we do not love the abuse of the papacy that would include using the office to spread error.

It is like loving one's parents. One loves one's parents unconditionally and absolutely. One does not always love the decisions that one's parents make, especially if one has parents who are suffering from some objective defect.

Since I know that you are irrational when it comes to the SSPX, I don't expect you to internalize the complexity of the matter or change your view, but perhaps someone else might be tempted to think you know what you're talking about when you express your opinion on this subject, so I am writing this for that person's sake.

Strange that you would attack a group of priests that are far more Catholic than most of the priests we encounter in our parishes. My pastor is an Obama drooler and believes more in the Global Warming Religion than he does Catholicism. So I'd take an SSPX priest any day of the week over these clowns. Also Pope Francis isn't exactly popular with those of us who are orthodox Catholics and many of us deeply resent his butting into political and economic matters where he clearly lacks competence and is decidedly a left-wing loon when it comes to these topics.