JUSADBELLUM MAKES IT CLEAR ABOUT THE POPE'S EXHORTATION, LIKE MIKEY ABOUT LIFE CERIAL: HE LIKES IT! 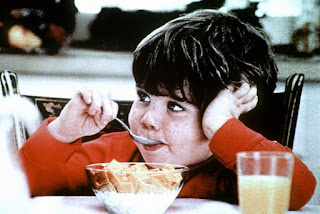 TAKE IT FROM ONE WHO IS ACTUALLY READING THE LENGTHY DOCUMENT!!!!!!

Jusadbellum has left a new comment on your post "THIS IS SAFE HIGH SPIN FROM HIGH PLACES!":

I'm about a third of the way through the document so far and I have to say, when you read the paragraphs in context they're not ambiguous AT ALL.... so far it's a tour de force in rock solid Catholic orthodoxis and orthopraxis.

He clearly and unequivocally declares contraception, abortion, fornication, living together, concubinage, same-sex unions, and adultery to be wrong. But the 'spin' is that they're wrong because the beauty of heterosexual, exclusive, and permanent marriage is such a glorious thing that we should all cringe at the self-destructive if deluded behavior of people who don't grasp what they're missing or who despair of its reality.

So far this is by far the most readable and 'fluid' document I've read from Pope Francis.
Posted by Fr. Allan J. McDonald at Friday, April 08, 2016

I can't tell you how giddy I feel right now. It's like Christmas morning folks.

The world's media and a dozen "anti-Francis" blogs were set like steel traps to snap shut on 'obvious' equivocal expressions. I was grimly awaiting this like my own execution on the scaffold.

But then I began to read and kept thing "so far so amazing, there's got to be a catch" but then I got no 'catch', not 'but....". It just kept getting better and better.

I scanned to the end, the so-called 'bombshell' paragraphs around 292... these are the more technical moral theology paragraphs...but in context with the preceding (and the ones immediately following) they can't possibly be spun as allowing for adulterous couples receiving communion as though all's well or spun as allowing gay couples to rejoice in their sodomy.

The Pope praises the glory of the 99 and then in light of their glory, goes out to the 1 lost sheep to gradually walk them back to the fold.

The technically dense lines are thus about how pastors ought to simultaneously bear witness to the Gospel ideal against which to judge practical situations (as deviations from this ideal), and then invite people in objectively immoral situations to grow in their internal freedom and maturity so that they can freely either reject sin and opt for the ideal, or at a minimum they can be disposed to continue growing in that direction.

I see nothing that excuses such objectively immoral situations or would cement them as permanent.

Jusabellum, I hope you're right. If the left-wing loon media and the National Anti-Catholic Reporter are unhappy with it, that will seal the deal.

TJM, unfortunately the template is for them to declare victory with breathless headlines which 90% of people will read and then NOT look into further.

Most conservative blogs will react to the headlines and condemn the Pope also without taking the time to actually read the context.

So few laymen and women will actually be moved - at least initially. Eventually we'll have the slug fests as people start to try to apply the headlines as though they were the authentic document and get some pushback from folks pointing to the actual text.

This is Vatican II redux: the media declares themselves the arbiters of the "spirit" (conjured up out of wholecloth in their headlines) while others strive to hold to the actual text which don't at all lend themselves to the modernist spin.