CAN A PERSON PERSONALLY DISSENT FROM PASTORAL POSITIONS OF AN ECUMENICAL COUNCIL AND/OR A POPE? YES, BUT THEY DO NOT HAVE A RIGHT TO CAUSE DISSENION AND DIVISION IN THEIR DISAGREEMENT OR DERIDE THE MAGISTIERIUM FOR PURSUING A PASTORAL PROGRAM LEGITIMIZED BY AN ECUMENCIAL COUNCIL OR A PARTICULAR POPE 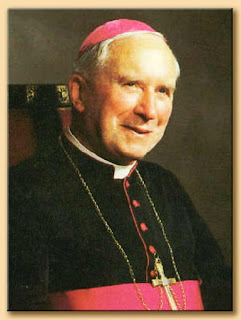 It appears that without due haste, the SSPX will be reconciled canonically to Holy Mother Church and the Vicar of Christ. When? We do not know; we do know that under Pope Francis it may well happen.

What seem to be insurmountable obstacles for their complete canonical reintegration came from the fundamentalist of those who adhere to the teachings of ecumenical councils, such as Vatican II, but do not make distinctions within the documents of those teachings which are doctrine and/or dogma, which are immutable, and pastoral policies set forth as an agenda for the Church.

Thus, conservative and liberal Catholics said the SSPX have to accept the revised Mass and its liturgist and the spiritualities that flow from these. They had no choice as though the 1962 Missal and pre-Vatican prayer and spirituality were at odds with the teachings of the Church.

In addition, when the SSPX questioned the directions of the Church in regards to ecumenism, interfaith relationships, relationships with the secular agnostic/atheistic world and other political ideologies, those Vatican II fundamentalists found it unacceptable.

Today, we know that one can dissent from the exclusive use of the revised Mass and still be Catholic. (However, to denigrate the rest of the Church which embraces legitimate liturgical reform is not wise and should be condemned).

We also know that if one feels that unbridled ecumenism, interfaith relations and dialogue with the ideologies of the world that are either agnostic or atheistic could lead to the watering down of the Faith by rank and file Catholics or a new form of the heresy of universalism, then one can dissent from these aspects of Vatican II.

If one does not want to elevate the ecclesiology of Vatican II above Christology, one can dissent when it appears that this is what is being done by some.

It really means being flexible about pastoral positions of the Church, even those promoted by Pope Francis in "The Joy of Love." What we should never do is to call Vatican II or any formal teaching of the pope anathema, because, quite frankly, the laity have no authority whatsoever and no bishop does without do so in concert with the Vicar of Christ.

Trusteeism or vestryism is alive and well among  many Catholics who think they are more Catholic than Vatican II or Pope Francis. Sad, very sad indeed. But in pastoral positions, one may question and politely dissent and be loyal to the pope and the Magisterium.
Posted by Fr. Allan J. McDonald at Tuesday, April 12, 2016

The same old pattern for years...

Rome rolled out a new document (Apostolic Exhoration). The Holy See conducted a waste-of-time press conference in that, as usual, the liberal news media misrepresented the document to the public.

As expected, many liberal Catholic priests and theologians spun the Apostolic Exhortation as a radical document.

The anti-Catholic forces within the news media, and two most vocal wings of the Church, namely liberals and traditionalists, have performed their respective tasks well. That is, they have all but destroyed the authentic Apostolic Exhortation that was released last Friday. In place of Amoris Laetitia, we have a counterfeit Exhortation.

The only thing that 99 percent of Catholics have heard about the Exhortation is that Pope Francis has, in wink, wink, wink fashion, opened the door to Holy Communion for divorced and remarried Catholics.

Sadly, the many beautiful parts of The Joy of Love that strengthen families have all but remained unmentioned by the above forces. In particular, traditionalists refuse to dwell for even one second upon the Exhortation's many positives. Not one second...

I have serious reservations as to whether even the likes of Cardinal Burke can prevent liberals and traditionalists from counterfeiting the Exhortation.

I believe that the Exhortation is all but doomed. This is almost certainly, in the negative sense, Pope Francis' Humanae Vitae moment...just as Pope Blessed Paul VI experienced when forces within and without the Church destroyed his document in question.

Mark, then we must call them out -both "sides" are full of "wizards of smart" who really, really, can't muster an argument to save their lives. They both cut and paste out of context. They both seek for "penumbras" between the lines to pad the actual text with what's NOT THERE of things they wish to be there so their straw man charge would stick.

But it does matter because people can and do change. But moreover, because both sides are declaring THEMSELVES to be the 'real' magisterium, the REAL voice of authority between God and humanity.

But as Catholics we have only one magisterium, and one deposit of faith and one institution that links us directly to the Risen Lord who gave this college the power and authority to heal the sick, cast out demons, and make disciples of all the nations and that college is the college of BISHOPS.

Hence as much as we'd all like to play the part of a Luther or an Athenasius, we are mostly laity who practice our baptismal priesthood via marriage and procreation and through the family culture changing the public culture indirectly. That's our role. It's not in the main the apostolic role.

Both sides thus put on airs and are perilously stepping into the shoes of Korah and his rebellion.