THE UK GUARDIAN SAYS PROGRESSIVES WILL BE DISAPPOINTED IN THE MOENING AND WILL TURN ON POPE FRANCIS! GOOD NEWS?

409
Save for later
Pope Francis is likely to disappoint Catholic reformists on Friday with the publication of his views on family life, which observers predict will not change church doctrine on divorcees and gay people, despite presenting a more open approach.
The Amoris Laetitia (Joy of Love) document, known as an apostolic exhortation, follows a two-year consultation with bishops to determine how the church should address the challenges facing modern families.
Francis is expected to adopt a positive tone and welcoming approach to Catholics who do not fit the nuclear family model; but in keeping with the outcome of the bishops’ synods, there is unlikely to be a dramatic shift in church teachings.

The pope is to publish his views on family issues after a two-year debate. Will the church’s stance on divorce and same-sex relationships change?
Read more
The pontiff is not expected to grant divorced Catholics who remarry the right to take holy communion, though he is likely to acknowledge that they should play an active role in church life and not be sidelined.
A similar stance will be taken on gay Catholics, whose relationships will continue to be described as “intrinsically disordered”. The focus instead will rest on the respectful engagement between the church and gay people.
Paulinus Ozodor, a religion professor at the University of Notre Dame in Indiana, US, said it was necessary for the pontiff to reaffirm the church’s beliefs. “As a community that has firm beliefs about the human person, it does sometimes have to teach things that are contrary to what many people think is right,” he told the Guardian.
Ozodor said the church was worried about the state of the family and how to tackle challenges such as poverty, and migration. Such areas will be addressed by the apostolic exhortation, along with violence and abuse.
The pope is also likely to touch on fertility treatment and contraception – long opposed by the church – and the key value of marital sex.
Thomas Groome, a professor at Boston College, a Jesuit Catholic university in Massachusetts, said the text would be “a major breakthrough in human consciousness” which raised difficult issues in a way never seen before. 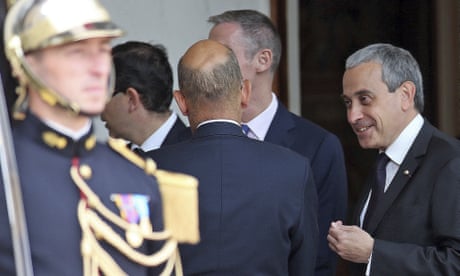 Read more
“The fact that he’s allowing us to talk about these things is a breakthrough,” said Groome. “It was presumed it was already decided and anybody that was raising this was obviously contrary to the church.”
The pontiff’s drive for open discussion resulted in strong debate during the synods, as bishops presented very different cultural and social norms. Francis is expected to acknowledge this by advising priests to use church rules in a way to best serve their communities.
“He’s said a number of times that dogma or doctrine should be at the service of pastoral life and pastoral practice,” explained Groome. “You have to take the circumstances of people’s lives into account … There has to be mercy when people don’t do as well as they could.”
The popularity of the Argentinian pope is expected to increase the impact of the text, which will run to more than 250 pages and be printed in six languages, while its publication during the Vatican’s holy year of mercy will contribute to its tone.
Posted by Fr. Allan J. McDonald at Thursday, April 07, 2016

The summary of the exhortation does not seem to propose communion for the remarried:

This whole issue has bee hijacked by the "progressive catholic"* establishment. There are much more important considerations on the family than homosexuality and divorce. The Catholic family needs blessings and support from the Church on all levels to fulfill its Catholic ideals in this world run by satan.

*"Progressive catholics" are those who generally progress into the past to resurrect pagan and neo-pagan doctrines.

Having read the summary of the "Joy of Sex" at Rorate, I think the liberals wishing to destroy Catholic moral teaching will be pleased with the document. The summary, at least, suggests that it pretty much enacts all the horrors expressed at the two Synods, even if it does not specifically mention communion by divorced and remarried Catholics. Dogmas and ideals are not to be touched, but nevertheless, there can never be any bright line moral rules applied to individual situations, and through "pastoral discernment" and "gradual" accompaniment, individual situations will be evaluated on their own merits. And of course, one must never point out harsh or negative moral rules to such people, but only dwell on the "positive" aspects of irregular situations. As an added bonus, through "inculturation", different cultures can develop different pastoral and doctrinal approaches. It seems like this document might be OK if implemented by pastors who truly believe the moral teachings of the Catholic Church and want in good faith to implement them. However, in the hands of those committed to changing the moral teachings of the Church (including prelates like the bishops of Germany and Belgium, for Pete's sake!), I imagine they will find all the justification in the world to ignore the Church's moral teachings in favor of those of the filthy modern world we live in. Our shepherds are selling out Christ and his moral truths for a mess of pottage. Sad!

If the left-wing loons turn on Francis you will then know he did the right thing!