WHAT THE EASTERN ORTHODOX CAN TEACH US ABOUT LITURGICAL REFORM 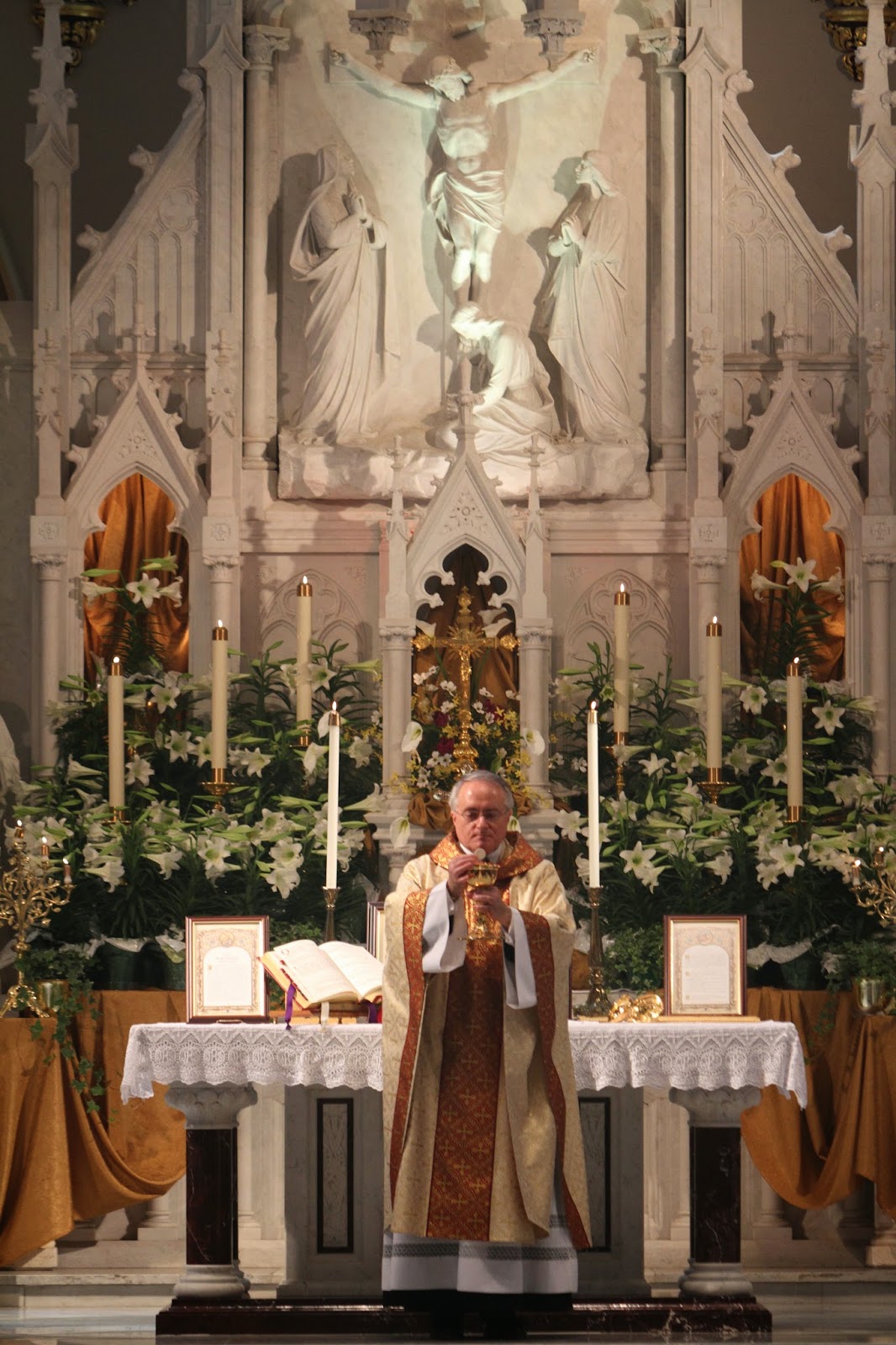 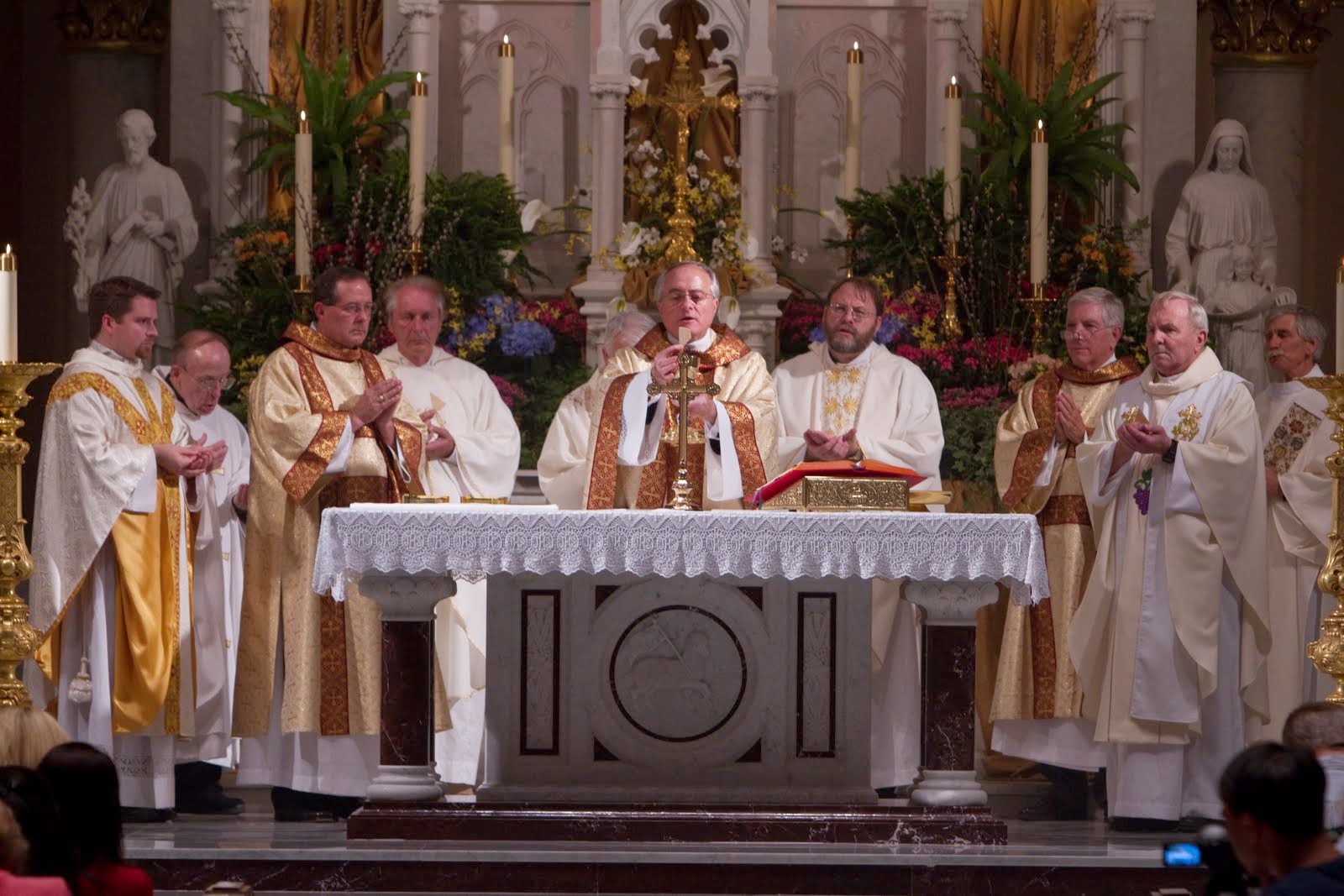 Praytell blog has an article on Liturgical Reform, Human and Divine, from the Eastern Orthodox perspective. You can read the article there by Nicholas Denysenk.

I would like to focus on his three paragraphs below:

In an article on the possibility of removing or lowering the iconostasis of the Church for the purpose of providing the laity with greater visual access to the sanctuary, presumably enhancing their participation, Metropolitan Antonii responded that such an action would tempt the presider to shift his focus from praying to God to offering an aesthetically pleasing ritual performance for the people. After blaming Protestants and Catholics for creating this phenomenon of pleasing the people in liturgy, he stated that the current liturgy offered everything an Orthodox believer needs for salvation.

I suspect that such an argument might sound familiar to readers of Pray, Tell, but I ask you to consider this: does Metropolitan Antonii offer us material for reflection? Is liturgical reform a divine act, an outpouring of the Spirit that vivifies the body of Christ? Is liturgical reform a creation of elite liturgists and artists deigned to glorify God? Is it some combination of these, or perhaps a distortion, where innovators propose actions to glorify themselves?

While I contend that the post-Vatican II revision of the Liturgical celebrations are basically good although still need of reform through recovery of some of what was tossed, the greatest problem with post-Vatican II's revision of the Mass and other sacramental celebrations lies with how these reforms were implemented and we can lay the blame for the distortion of these otherwise well-intentioned revisions to the liturgy at the feet of "elite liturgists."

There are three major areas in the life of the Church in the immediate aftermath of the Council that have been addressed but still need some addressing as these impact the liturgy and distorts it.

The first is the elevation of a so-called new ecclesiology in Vatican II's documents that become an infallible new doctrine. Of course Vatican II teaches as the Church has always taught that the Church is comprised of the clergy and laity. Together we are the people of God. However theologians encouraged bishops and priest to distort this truth to eliminate distinctions between the clergy and the laity, between the ordained priesthood and the priesthood of the laity.

Thus rather than strengthening the role of the laity as lay people during the celebration of the sacraments and in the life of the Church, the laity were clericalized and a new elitist clericalism in the laity developed. So laity were competing with the clergy to have roles in the liturgy apart from the laity's traditional and authentic ministry, participating from the pew or choir loft. Thus laity were involved in reading and distributing Holy Communion, taught to be "presiders" at para-liturgies and allowed to preach. All of this has formed not a strengthen laity but a clericalized elite group of laity who compete with priest in their primary priestly role and sometimes hijack that ministry.

The second distortion is the emphasis on showing everything to the laity at Mass. Thus the priest faces the congregation for all parts of the Mass, prays as though these prayers are directed to the congregation and everything is presented in a visual way for the people to see.

While the Orthodox have the iconostasis as well as ad orientem in the Divine Liturgy that hides what is happening at the altar, Catholics have had the altar railing and the priest facing the liturgical east and a silent canon that is the western's version of the "iconostasis."

One might ask what is there to see in the liturgy? Why do the chalice and patens have to be visible to the congregation from the very beginning of the Liturgy of the Eucharist to Holy Communion? What is there to see in this conglomeration of precious metals on the altar in full view of the congregation? How does this enhance our participation in the Mass and our discipleship in the world compared to the manner of the Mass prior to Vatican II?

The third distortion is casualness of our current culture imposed on the formality of the liturgy. While the laity have been exalted in post-Vatican II theology, their demeanor and dress and Mass has sunk to new lows. What ever happened to wearing "Sunday best" to Mass. Now we see tee-shirts and shorts.

For the most part the clergy have not succumbed to this in terms of vestments, although these are not as ornate as prior to the Council. But the liturgy has a sloppiness and ordinariness that that diminishes reverence and piety has these were understood prior to the revision of the Mass in the late 1960's.

The revised Mass, completely chanted, ad orientem and with formal ministries by priests, deacons and installed acolytes and readers (as in those preparing for ordination) can be every much as reverent and pious as the pre-Vatican II's version of the Mass. Toss in ad orientem and altar railings and kneeling for Holy Communion as well as Gregorian chant or some variation of it for the Introit, Offertory and Communion antiphons and one has continuity between the two forms of the Mass and the ethos of the original form of the Mass from which the revised form evolved or was invented, depending on your ideology.

In fact the revised Mass celebrated as I highlight in the paragraph above has more in common with the Eastern Orthodox Divine Liturgy than the pre-Vatican II version. The vast majority of the Eastern Liturgy is chanted and very little is said quietly or in a soft voice.
Posted by Fr. Allan J. McDonald at Saturday, September 13, 2014

I dont see the OF ever being offered in the way you describe. This is because there is no real structure to the OF Mass since the rubrics are so loose. Perfect example:

At our small parish a while back our priest said the OF Mass ad orientum, fixed parts in Latin, Gregorian chant, and the option to kneel for communion...new priest comes along and does not like all that so he starts doing the Mass the way that HE wants.

The OF takes on the personality of the person presiding over it. Which is why it's done so sloppily in places.

I would very much love if the OF was done how you described it, but it won't happen, at least not in the next 10-15-20 years..and by that time who will even be left in the NO Church? For the ones who haven't left for a new group or no group at all, or the trads leaving for the TLM, who exactly will be there to witness the OF done correctly?

I agree that the laity are at the mercy of the priest in terms of the manner the revised Mass is celebrated. A recovery of stricter rubrics would help indeed. We need institutional reform to say the least.

The point is well taken that the "NO Church" (not a fan of that term) will likely continue to shrink until the young pastoral assistants and seminarians take over as pastors in a decade or two. But take heart--once they implement the reform of the reform (and the extraordinary form) in these parishes, the objective beauty and order of the Roman Rite will begin its work of evangelization. We may lose the parents, but we'll win back their kids.

I happen to agree on the similarities between the OF and the DL...but that said most EO laugh at this, because even they notice the casual attitude towards the Liturgy

As I've said on another comment and I'll repeat it here, the flexibility of chanting in the OF can (and rather should) be brought over to the EF...in terms of an enrichment.

Imagine if you will an entirely chanted EF, from prayers at the foot of the altar (plainchant), to the canon (obviously the private priestly prayers would remain private, but chanted at a lower tone)...

Maybe it should be mandatory for every Catholic to attend the Byzantine Liturgy at least once. It's an entirely different experience than Novus Ordoland.

I don't think it is at all accurate to speak of "a so-called new ecclesiology of Vatican II's documents."

The ecclesiology of Communio was well developed long before Vatican II and simply found its expression in the way the Church understood itself and spoke of itself in Vatican II's documents.

Second, no one considers Communio ecclesiology, or any other ecclesiology for that matter, to be "infallible."

Recognizing Baptism as the fundamental sacrament for Christian life is not lead to an elimination of the distinctions between clergy and laity. Rather it helps us understand that the distinctions of the past were too rigid or even artificially imposed.

The damage has been done. And to much time has passed to fix the liturgical crisis in the Church. And just who is going to fix the problem, we know we can't count on Bergoglio. Nobody listens to Burke or men like him. What's going to happen is a formal schism and a very dark period unlike any other in Church history.

They have nothing to teach us because the Church is not listening.

It would be good to marry the more reverential celebratory attitude of the Vetus Ordo to the Novus Ordo. Also It would be good if priests were required to follow a certain defined rubrical structure and not go beyond certain established boundaries (to those inclined to excessive improvisation in how they celebrate Novus Ordo). Consistency, while allowing for some flexibility in the celebration of the liturgy from parish to parish, would be a good thing for a number of different reasons. Your recommendations and observations, Father McDonald, are good ones.

Lesson 1: Don't give one person the authority to create and promulgate the Liturgy.