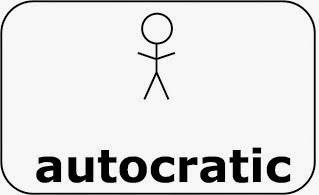 John Allen one of my favorite religion writers who was promoted from the National Chismatic Reporter (NCR) to the secular Boston Globe (and truly a step up in many ways) has a new blog of sorts that just came out today.

You can read it and subscribe to it HERE, called CRUX, covering all things Catholic.

Of particular interest is John Allen's post on "Hard Questions we're not asking Pope Francis." It is the first rather valid critique of Pope Francis, who is dubbed by Allen as the "Teflon pope" compared to Pope Benedict where bad things he didn't even do seem to stick to him.

I have said since day one observed that Pope Francis is perhaps the most centralized, autocratic/unilateral pope we have had since Pope Pius XII despite His Holiness promotion of "synodality."  Most traditional Catholics love Pope Pius XII for being such a leader. But many so-called traditionalist Catholics do not like Pope Francis' autocratic approach because it is somewhat away from their conception of "tradition."

As an aside, the very things Pope Francis rails against in human nature, His Holiness seems to foment, such as his loose talk, being autocratic and confusing at times.

This is what John Allen observes in CRUX:


Francis could be asked about what seems on the surface a contradiction between his stated commitment to decentralization and collaboration, and his practice of acting unilaterally when the mood strikes him.

This is a pope, after all, who blew past the normal protocol for naming saints to award a halo to a member of his own Jesuit order, Peter Faber. He disregarded the input of Italian bishops to tap an obscure prelate he happens to like as their new secretary. He gives blockbuster interviews that haven’t been cleared with his communications team, let alone other Vatican aides or local bishops, even though they’re the ones forced to respond when the bombshells go off.

The pope has convened two synods, meaning summits of bishops from around the world, to discuss matters related to the family, including the controversial issue of whether divorced and remarried Catholics should be able to receive communion. While saying he wants an open debate, he’s signaled in a half-dozen ways his personal sympathy to the more flexible position – arguably, stacking the deck.
Francis’ maverick streak is part of his charm, and one may firmly believe that all these acts are taking the Church in the right direction. Still, it’s fair to ask how they square with his vow of “collegiality,” meaning governing in concert with others.

My final comments: I might add too that Pope Francis does things and then does not explain them. For example calling Catholics and others around the world but not indicating to the local bishop that he is going to do this. The change in who His Holiness includes in the foot washing of Holy Thursday. A brief explanation would go a long way. The reasons why he has dumped so many papal protocols almost as the "anti-Benedict."

Wouldn't it be more pastoral for Pope Francis to prepare the clergy and laity for his decisions by a brief explanation?

we have to be delicate here... how does any Church authority handle being 'questioned' in a tough way?

I suspect it's one of those things you have to be prudent about and approach the person at the right time to expect a mature response vs. a blow off or blow up.

There's the deference to the office of course - it's easier to talk behind someone's back than to their face. But there's also the fear of repercussions even for honest disagreements.

I wish we as a society were better at argument than we are. So few can be argued with without taking personal offense.

This pope, from the moment he stepped out onto the balcony of St. Peter's has been imprudent in speech and action. He is the pope. He is not the bishop of just another diocese. He is the pope. That carries special obligations and particular crosses to bear. But Bergoglio has no time for anything or my one who he deems silly. He has shown contempt and for traditionally minded Catholics from the moment he refused to wear choir dress right up to today with his questionable theology. I agree with him in one thing he has said....he isn't a theologian. He isn't so he needs to stop saying nonsense because he is the pope and not just another liberal South American bishop. But he won't and chaos will reign and neo cons will sell the Faith down the river rationalizing his nonsense.

And the FARCE continues.

Why do you APPROVE these posts that are nothing but vulgar respect for the Holy Father?

I should know more about him, but mined to ask: he lived simply in Buenos Aries but did he manage a staff? Did he handle issues of this sort at all? I am under the impression he did most things for himself. He may be sort of like Celestine in that way.

May the farce be with you, Anonymous.

Some of us on this blog have been saying this for quite a while.

As I have said, it's not that the things Pope Francis happens to be doing in of themselves are evil or horrible...it's the fact that they're done without explanation.

If Maundaygate was done before Mass, there would have been no big deal out it.

A little explanation goes a long way. He's no longer the Bishop of no name Buenos Aires, now he's the Pope, for better or for worse, the microscope is on him....

It's good that there are questions finally being raised. It's rather good that we don't become papolators, and try to assume that everything Pope Francis does is a okay....While, I know a priest is in a position where he has to "calm the storms" It's important to not ignore the obvious.

And why he didn´t ask those questions when he had Pope Francis in front of him in the plane?