NEW ARCHBISHOP FOR CHICAGO AND I KNEW HIM WHEN HE WAS A MERE PRIEST AND HE OFFERED ME A SEMINARY JOB!

The way I was when I was vocation director before I became a has-been: 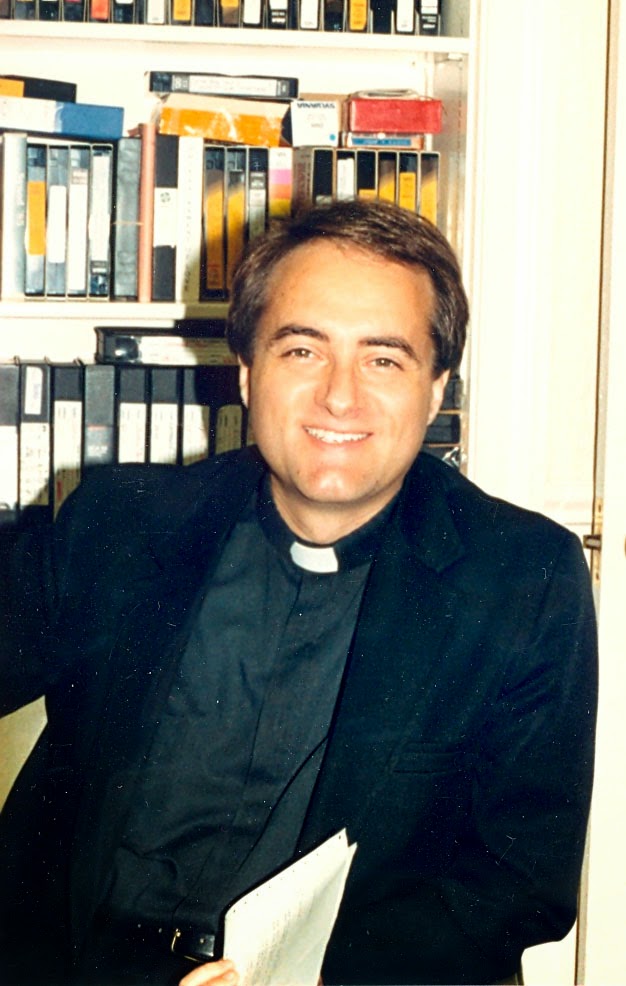 I was vocation director for the Diocese of Savannah from 1986 to 1998. In the late 80's when I was still stationed in Savannah at our Cathedral, we had seminarians in the Pontifical College Josephinum. They were in the college division. This seminary is in Columbus, Ohio. I would go to visit them twice a year and meet with the rector to discuss their progress. He was Msgr. Blase Cupich.

After a couple of years of visiting there, he asked me if I would like to be the dean of students for the college level seminarians. I was, of course honored to be asked and said that I would consider it but that he should write a letter to Bishop Raymond Lessard, our then bishop, requesting he release me from the diocese for this ministry.

I often wonder, if there were parallel time, what my life would be like today if I had taken that position.

This is Whispers in the Loggia's take on Chicago's new archbishop:

It is the most shocking major move the American hierarchy has seen in the last decade and a half – according to an increasing number of reports and confirmations, at Roman Noon tomorrow Pope Francis is expected to name Blase Joseph Cupich, the 65 year-old bishop of Spokane, as ninth archbishop of Chicago.

A moderate and keen "conference man" repeatedly nominated for the USCCB presidency over recent elections, the appointment of the Omaha-born prelate – a liturgist by training – was first reported by Associated Press, and has now been confirmed by several Whispers sources.

Possessed of a richly varied background – serving by turns as a local aide at the Apostolic Nunciature in Washington, rector of the Pontifical College Josephinum in Columbus and pastor of a parish in his hometown – in 1999 the apparent archbishop-elect was named as bishop of Rapid City, one of the nation's smallest, poorest dioceses, comprising the western half of South Dakota.

Eleven years later, Pope Benedict transferred Cupich – by then the chair of the US church's child protection efforts – to Spokane in the wake of the diocese's filing for Chapter 11 bankruptcy due to a crush of some 180 civil suits. Before that move, however, it is intriguing to note that Cupich was reportedly blocked from being named archbishop of Milwaukee – an even more prominent diocese which entered bankruptcy reorganization – in the later stages of that process. 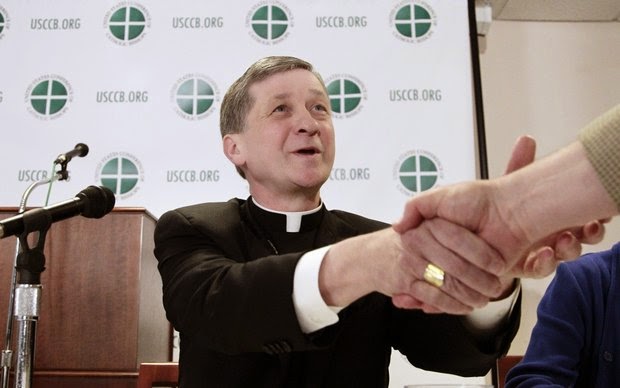 In the Washington State post, the bishop garnered wide notice for advancing a pastoral strategy of mediation to settle the claims as opposed to resorting to legal processes. Just yesterday, Cupich issued a pastoral letter to the diocese to launch Spokane's pastoral plan for the next several years.

All in all, the choice serves to reflect of one of Francis' key emphases over his 18-month pontificate: that of a church geared toward the "periphery" as opposed to being locked in its "sacristies." Put another way, Cupich's experience before landing in the nation's third-largest diocese speak to another of the Pope's lead threads – a premium on missionary pastors for a missionary church.

With the move on-deck, Cupich would become the first Chicago archbishop since George Mundelein in 1916 who was not previously a metropolitan elsewhere. The architect of the "corporation sole" behemoth that made the Windy City the most centralized and complex diocesan shop on these shores, next month marks the 75th anniversary of the death of the first cardinal, who was an auxiliary of Brooklyn at the time of his appointment and was subsequently given the use of Illinois license plate "1," a perk his successors enjoyed into the 1970s.

Given the tribal name wakiya ska – "White Thunder" – by Rapid City's Lakota Nation, Cupich has shown little reluctance for the public square, albeit in a markedly different style from his predecessor-to-be, Cardinal Francis George. A regular contributor to the Jesuits' America magazine, among other pieces there, the pick raised eyebrows in the run-up to the 2008 election by raising the specter of racism in at least some of the opposition to Barack Obama. In a 2011 piece, meanwhile, he laid out "12 things" the US bishops had learned from the sex-abuse crisis. 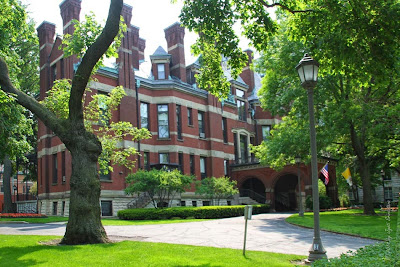 With the appointment, George will become the first Chicago archbishop in the diocese's 172-year history to leave office in life. The cardinal's retirement suite is already said to be prepared in a church-owned facility near Holy Name Cathedral.

While his successor now arrives as "Francis' man" launched to the fore of the Stateside bench, the successor will inherit the famous "House of 19 Chimneys" on North State Parkway (above) and alongside Lincoln Park, where the city's archbishops have resided since the 1890s.

For his part, though the outgoing archbishop floated the idea of selling the landmark house, citing his tastes as a religious and the expectations of bishops in the modern church, the cardinal was memorably shouted down by the descendants of the poor whose "pennies" built the place.

So Francis appoints a man who forbade his priests and seminarians from praying for an end to abortion outside of abortion clinics. Nothing to see here, keep moving Francis is orthodox and traditional.

Re: Cupich "forbidding" prayer by priests/seminarians at abortion clinics. From the diocesan statement: "the Bishop recognizes that a given priest in good conscience may feel the need to participate in the vigils and he should never be forced to go against a good and informed conscience. The Bishop only asked that all priests prayerfully reflect on what he has told them, commit themselves to making teaching effectively their first priority and keep in mind the irreplaceable power of the witness of their unity with each other.”

Pray for this man and that he find the strength to resist approval.

He wants bishops to engage culture to enable them to embrace the Church. This can be done more effectively by being charitable rather than off-putting.

Archbishop Cupich is every much the Catholic as any cultural warrior he simply engages in the issues, even pro-life issues in a charitable way.

There is room for this in the Catholic Church and it may well promote the Church's authentic teachings and in a way that will lead people to conversion.

FYI: There also is an article about him in the Wall Street Journal