On Sunday, without any fanfare or outcries of joy or sorrow from anyone, the papal outdoor altar on the steps of St. Peter's Basilica for the Mass honoring Grandparents and the elderly had a new look. 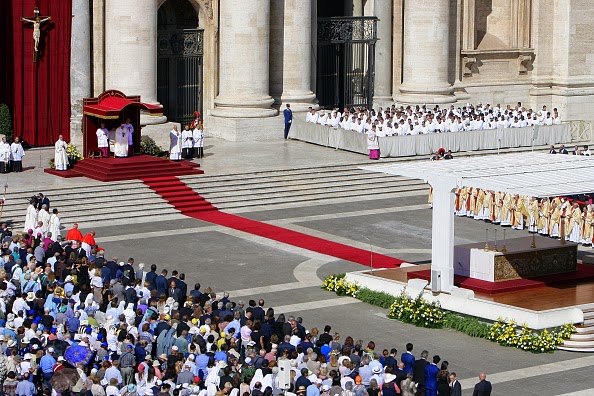 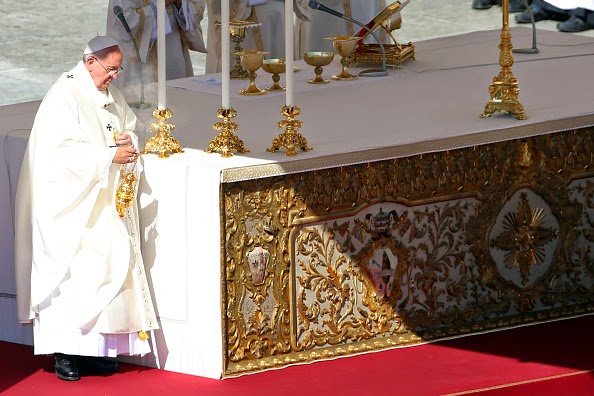 The six candles were in candlesticks that were much smaller and lower! Compare the above to the following photos: 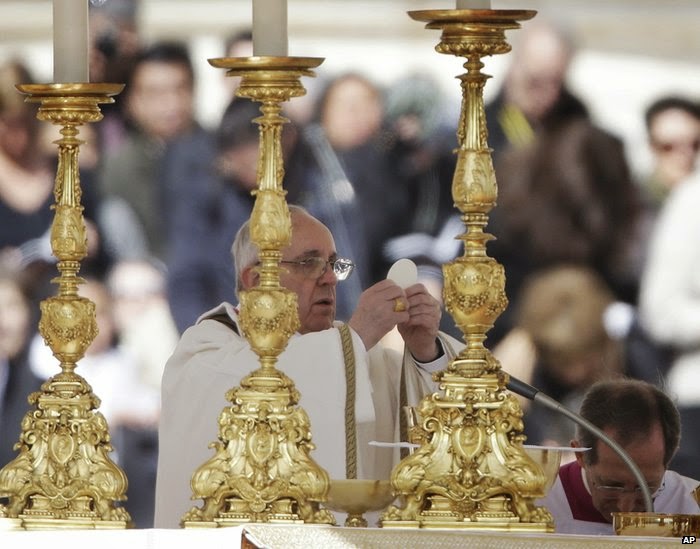 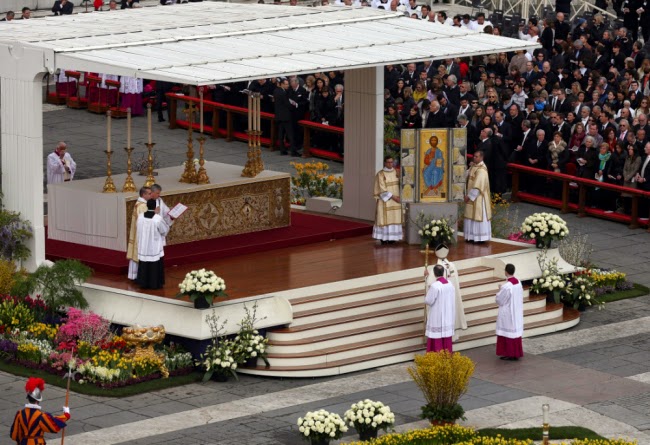 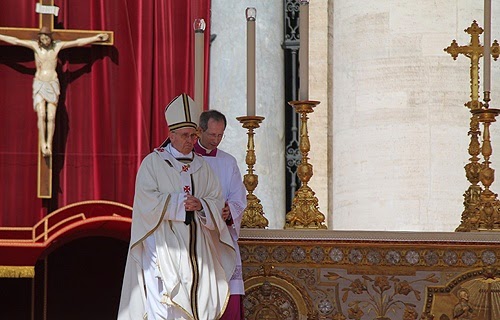 I had heard that when Msgr. Marini placed the very, very large candlesticks and humongous crucifix and papal candle directly across the papal altar that the cameramen for papal Masses where miffed that the Pope Benedict was completely dwarfed and hidden by the phalanx of candles. It was hard for them to get good views through it all.

My own preference is that when Mass is facing the congregation, the altar accoutrements should not become like jail bars. But when the Mass is ad orientem, the taller the better!

However, last weekend's papal wedding Mass for 20 couples had what appeared to be the regular candlesticks. Will these be lowered more as it was for the papal outdoor altar? 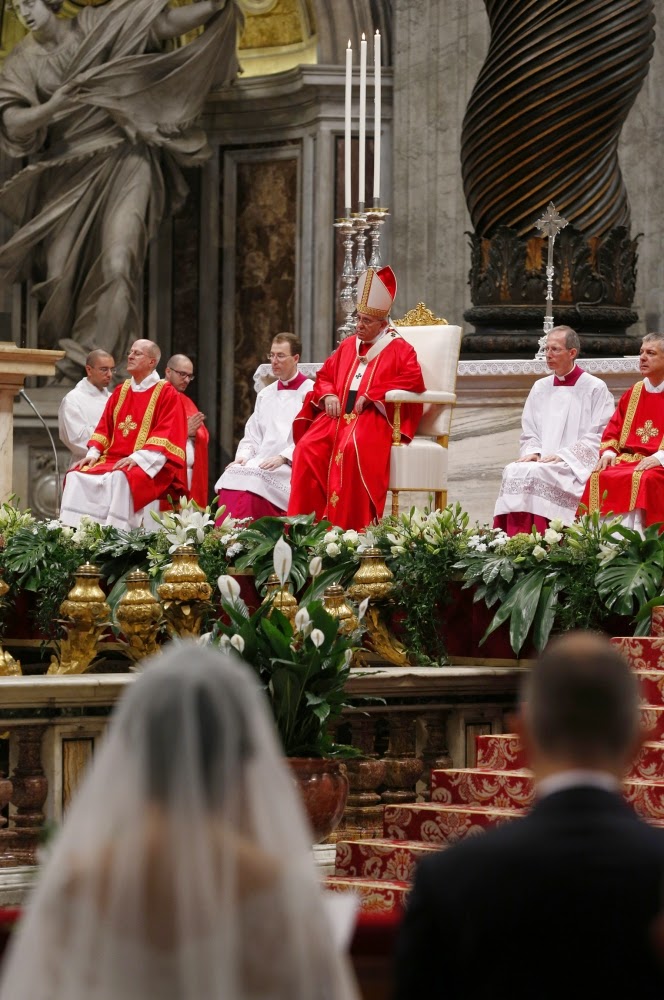 Which do you prefer when Mass is celebrated facing the congregation?

This is Saint Joseph's arrangement when Mass is facing the congregation: 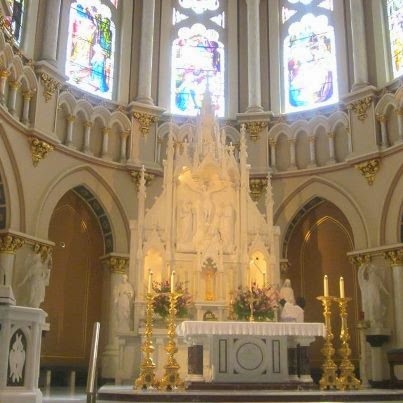 And some other papal altars over time! 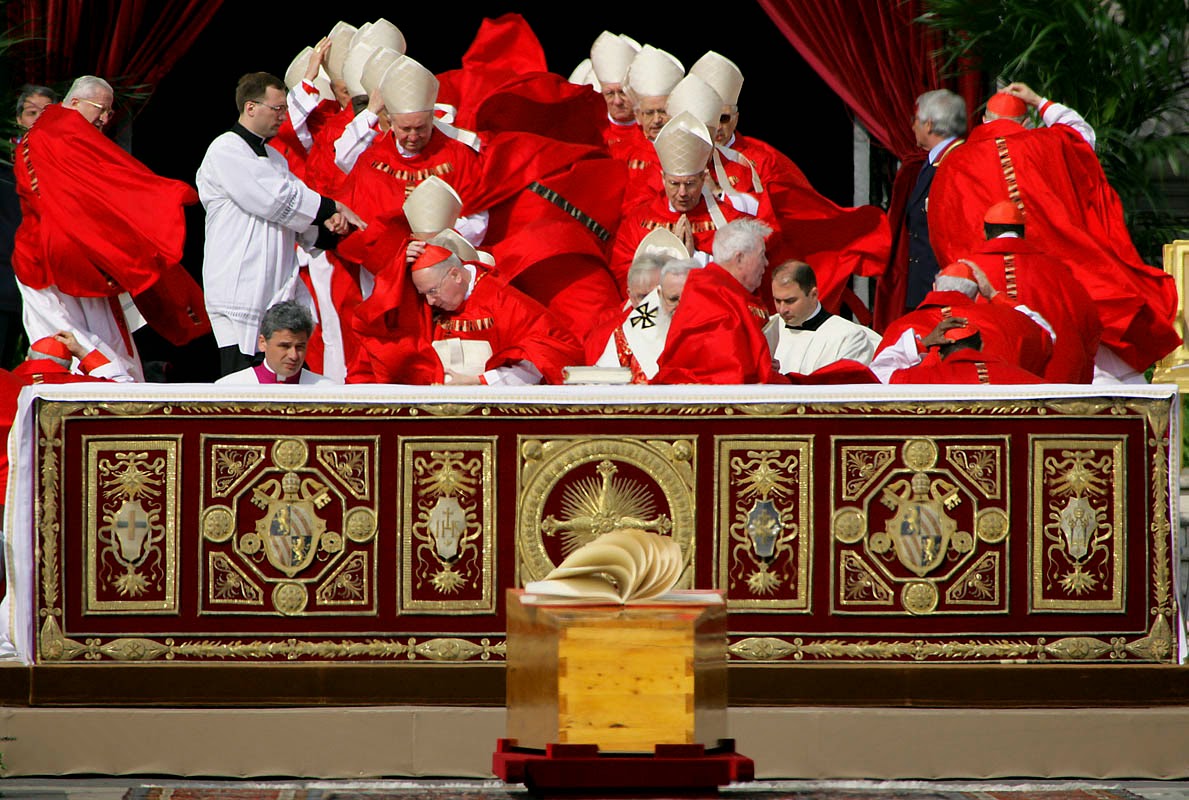 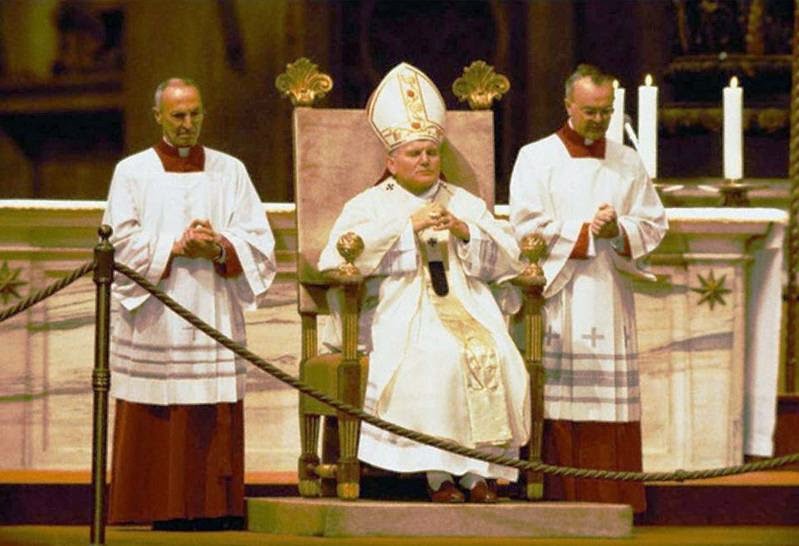 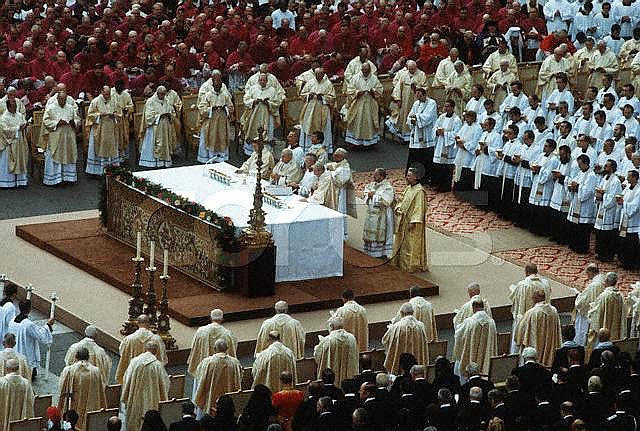 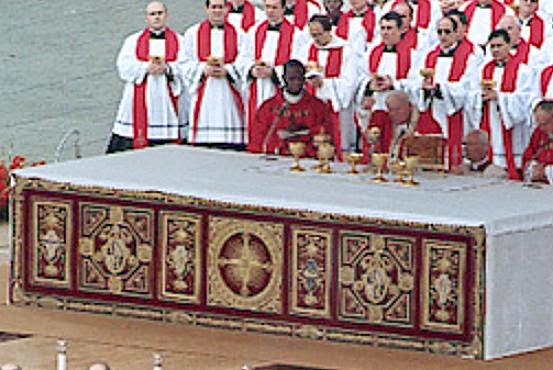 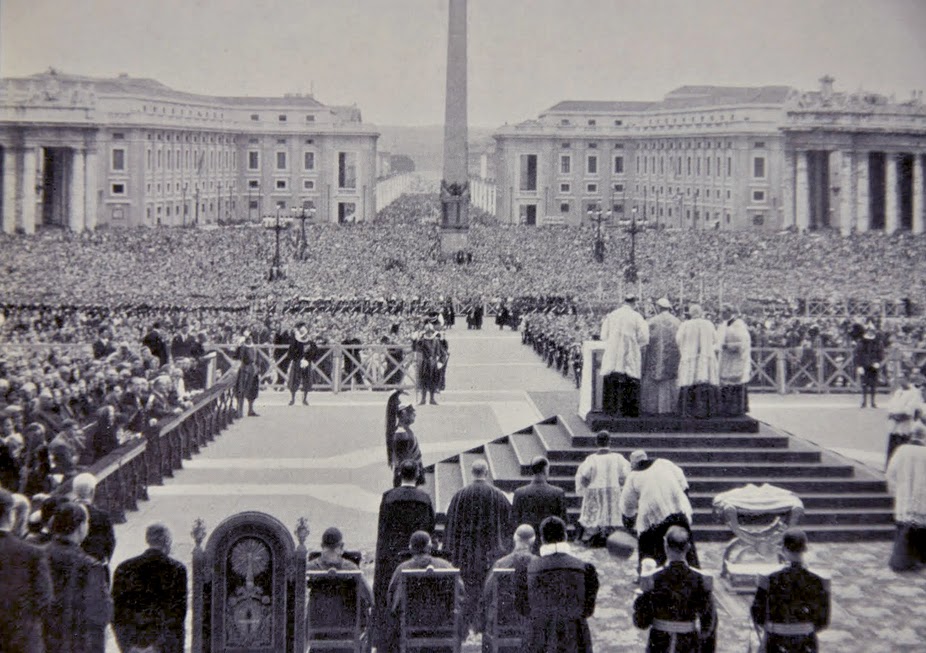 I like the giant crucifix and altar candles...I should not be focusing on the priest, my concentration should be on God during the Divine Mysteries....granted I'd much rather the priest face the correct direction ;)

Good Father, do you think Pope Francis will eventually remove the candles, or do you think he just wanted them "slimmed down"? Because there's definitely been a downgrading: first it was the arrangement used by Benedict, albeit with the candles more angled; then it was the candles pushed to the far sides so that they were less visually intrusive; and now it's this. What does your clairvoyance tell you, Father?

And for what it's worth, I agree with Joe wholeheartedly.

I think the central crucifix would have changed by now if the pope didn't want it. I hope the tinkering is over but who knows?