FOR WHAT IT IS WORTH, POPE FRANCIS PICKS SOLID PEOPLE FOR HIS APPOINTEES 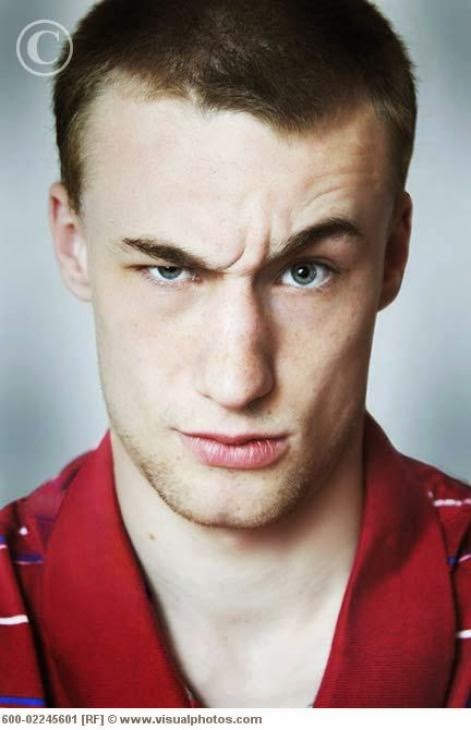 While Bishop Blase Cupich has a friendly way of interfacing with the Church's opponents, he is no heterodox bishop. He is middle of the road and faithful to the Church. He is no ideologue. He is solid. One might not like his liturgical leanings, although there is nothing radical about these. He is a trained liturgist in the modern sense and likes in the post-Vatican II liturgy some of the things that might well be revised--theology isn't dogma.His emphasis on the "assembly" the word itself fraught with progressive meaning, guides his thinking. In this regard it is very much 1980's!  I prefer Pope Benedict's vision which His Holiness did not make or declare into dogma. Time will hash things out.

But John Allen points out that the Holy Father, Pope Francis made some other appointments and these might raise a few eyebrows. Guess which ideological eyebrows?

For instance, there’s last Thursday’s appointment of Anthony Fisher as the new Archbishop of Sydney in Australia. A protégé of Cardinal George Pell, who today is overseeing Francis’ financial reform, Fisher is a Dominican theologian who would almost universally be seen as a conservative... Fr. Richard Umbers recently said that Fisher is “an exemplar of what George Weigel calls Evangelical Catholicism,” boldly committed to Catholic orthodoxy and impatient with “theological dishwater.”

John Allen also indicates that the press is focused on the women Pope Francis appointed to the International Theological Commission. But John Allen goes on to describe the men and women. Guess which ideological eyebrows will be raised?

Fr. Thomas Weinandy, for instance, is a Capuchin Franciscan who served from 2005 to 2013 as the chief of staff for the U.S. bishops’ Committee on Doctrine. He was instrumental in the bishops’ negative verdict on the writings of Sr. Elizabeth Johnson, a feminist theologian at Fordham. He was also a supporter of the Vatican’s investigation of the Leadership Conference of Women Religious, the more liberal grouping of American nuns.


Sr. Prudence Allen, also from the United States, is a member of the Religious Sisters of Mercy of Alma, Mich. She’s the kind of nun unapologetic about wearing the habit, and in 2010 she publicly criticized progressive Catholic sisters who broke with the bishops by supporting the Obama health care reform despite abortion-funding issues. (My comment: When I saw Sister of Mercy, I thought of the LCWR version which is soon to be defunct because their youngest members are in their late 50's. But no, it is the Alma Sisters of Mercy. They wear a long habit with veil. They frequent the North American College in Rome and one of them is a nurse who gave me my flu shot while I was there. They are as solid as solid comes and traditional too! They are like the Nashville Dominicans!)

Tracey Rowland of Australia is close to both Pell and Fisher, and would be seen as among the leading intellectual lights of the “Evangelical Catholicism” movement to which Umbers referred. She writes frequently for publications with a conservative editorial bent, and is seen as an articulate defender of traditional Catholic doctrine.

Fr. Piero Coda is one of Italy’s best-known theologians and a member of the Focolare movement. He’s no ideologue, but back in 2008 he defended Popes John Paul II and Benedict XVI against accusations by liberal doyen Hans Küng that they had betrayed the spirit of the reforming Second Vatican Council.

One could go, but these five examples make the point.

To be clear, all of these people are accomplished thinkers who are eminently qualified to advise the Vatican on doctrinal matters. It’s hard not to be struck, however, by the fact that they seem to come largely from one side of the street.

So, what gives? Is Francis suffering from multiple personality syndrome, or is there another explanation?

For one thing, in both the Fisher appointment and the ITC nominations, the driving force wasn’t the pope himself. Pell was the prime mover with Fisher, and the choices for the theological commission came from German Cardinal Gerhard Müller, head of the doctrinal congregation, and his staff.

Yet Francis is a hands-on pope, and he wouldn’t sign off on these decisions if he weren’t aware of what they meant.

Perhaps the best hypothesis is that what Francis is really after isn’t a turn to the left, but a new balance. He’s said he wants the church to be in dialogue with everyone, and one way to accomplish that is to ensure a mix of points of view in leadership positions.

Among the other monikers the news business has invented for Francis – the “People’s Pope,” the “Pope of the Poor,” and so on – perhaps we’ll have to add one more if this keeps up: the “Pope of Balance.”
Posted by Fr. Allan J. McDonald at Wednesday, September 24, 2014

The one thing that gives me pause over ++Cupich's appointment is the kerfuffle over praying outside abortion clinics in Spokane. I've only ever read Mark Shea's account of it, so perhaps I don't have the full picture. To judge by that narrative, though, it's a bit disturbing to think of a bishop forbidding such prayer and chasing FDFL out of the diocese.

Michael - Read the statement from the Diocese of Spokane regarding Cupich "forbidding" such prayer.

Peter Ignotus - thanks for the suggestion. I've read the statement now. I think I have a better grasp of the diocese's stance in 2011, but that position seems to be very, very contorted. My understanding of diocesan politics also suggests that the public "follow your conscience" vs. private "don't attend these events" was a very clear signal to diocesan priests: toe the line or you'll see the hinterlands.

For what it is worth, I think we worry far too much about the splinter in the HF's eye, and not enough about, well you know... Some days it seems as if we analyze every breath current Pope takes, as if our very Catholic life depends on it.
Do I miss the TLM that I grew up with--YES. Do I have local access to one--NO. Does that prevent me from practicing my faith--no, but it does compromise my worship, even after these nearly 50 years. Some of the OF masses I have assisted over the years are a travesty and nearly-schismatic Protestant services. For reasons unknown until my great awakening, God has allowed this. I am guilty of the sin of envy at times of you here who have access to the beautiful EF. But I will live trying to do the next right thing, and die a Catholic regardless of liturgical forms.

Henry, are the claims about Bishop Cupich factual, or out of context (I.e. Was he talking bad about SSPX, TLM in general?). FWIW, I think if they slide back to '70's the TLM parishes will grow even faster. People have been exposed to the vastly improved if still diluted Third Revision. Any sliding back will make the people miss it anew and hunger for it.

rcg, my personal knowledge of Bp. Cupich is insufficient to warrant any comment on factual claims regarding his record as a bishop. Let's hope that Fr. McDonald's thumbnail description does not do him justice, and that he's an exception to the general rule that a "trained liturgist in the modern sense" is bad news for faith as well as liturgy.

I wouldn't go so far as to say that Francis picks solid people. I would say he picks a mix of solid and not solid. For every Ouellet, Pell, and Muller, you've got a Kasper, Maradiaga, or Marini to cancel them out.

I hope that when Bishop Cupich assumes office,that his pastoral approach and philosophy extends to those Catholics who are committed to the TLM and to those Catholic devotions which today are characterized by many as traditional.Given where Catholicism is right now in Chicago,he is probably a good fit. I say that as both a realistic assessment and a statement of hope.

Well, I have a bit more of information, since I was inside the diocese (though attending the Byzantine church in Spokane)

a. It actually was a ban...until pressure got in the way and you have the adjusted statement on the diocese website.

b. Orthodox priests were put in bad situations, and were not treated very kindly.

c. He's a very introverted person like myself, but manages to make the best of situations.