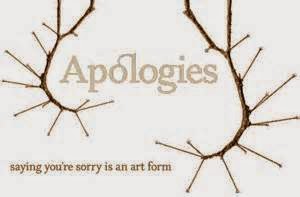 As usual, at Crux John Allen has a great piece this morning. I won't print the whole thing, but you can read it HERE. But there are two things that I would like to print. He has a great piece on Pope Benedict and how the world reacted to his Regensburg speech. And then he has a bit of an editorial on the new archbishop of Sydney, Australia, every much a similar see to Chicago in terms of Pope Francis' choice of bishops but the one in Sydney a protege of the conservative Cardinal Pell, one of Pope Francis' closest and most respected advisers.  Yet, there is nothing near the same coverage of that appointment as the one in Chicago and the silliness of the right and the left concerning Archbishop Cupich.

In the Catholic commentariat, there’s been discussion lately about whether Pope Benedict XVI is owed an apology for the brouhaha that broke out in 2006 over a speech he gave in Regensburg, Germany, which opened with a citation of a 14th-century Byzantine emperor linking Muhammad, the founder of Islam, with violence.

At the time, Benedict’s quotation was seen as a crass religious slur. Now, with the rise of the self-declared ISIS caliphate in northern Iraq and its bloody crackdown on religious minorities, things look a little different.

However, the revisionist take on his words risks a repeat of the fatal mistake of eight years ago, only in reverse. Aside from its second paragraph, the Regensburg speech really had nothing to do with Islam, and reading it that way distorts the point the retired pontiff was trying to make.

If you read the entire 4,000 word text – which, to this day, relatively few of the pundits commenting on it seem to have done – you’ll discover that Benedict’s primary points of reference aren’t Muslims, but rather Socrates, Duns Scotus, Immanuel Kant and Adolf von Harnack, luminaries of the Western intellectual tradition.

If Benedict was criticizing anything, it wasn’t Islam, but rather Western secularism and its tendency to limit the scope of reason to what can be scientifically and empirically verified, excluding any reference to ultimate truth.

The heart of Benedict’s argument at Regensburg was that reason and faith need each other. Reason shorn of faith, he suggested, becomes skepticism and nihilism, while faith deprived of reason becomes extremism and fundamentalism. In isolation, each becomes dangerous; to be healthy, they need each other.

In Regensburg, Benedict warned against “a reason which is deaf to the divine,” among other things pointing out that ignoring the transcendent handicaps the West in trying to engage the rest of the world, which takes religion seriously, indeed.

“Listening to the great experiences and insights of the religious traditions of humanity, and those of the Christian faith in particular, is a source of knowledge, and to ignore it would be an unacceptable restriction of our listening and responding,” he said.

Benedict XVI saw himself as a teaching pope, not a governor or a diplomat, and there’s no doubt his eight-year reign suffered because of it.

Yet as a teacher, he had an impressive record. His Regensburg speech was part of a four-volume work that also includes memorable addresses at the Collège des Bernardins in Paris in 2008, at Westminster Hall in London in 2010, and at the Bundestag in Germany in 2011.

In each, Benedict tried to lay out a vision for a constructive role for religious believers in post-modern democratic societies, arguing that democracies depend upon a bedrock of values they can’t supply for themselves, and that citizens motivated by religious beliefs can help supply them.

One can disagree with Benedict’s analysis, and he would be the first to concede that when he’s functioning as a cultural critic his thought is not covered by the infallibility popes claim when they’re pronouncing on faith and morals.

At some point, however, his arguments at least deserve to be heard.

If we owe Benedict XVI an apology for anything, it’s probably not for overreacting to his reference to Muhammad at Regensburg — which still seems ill-advised, especially in the absence of any context. It’s for never considering the rest of what he had to say.

And then this about the Australian appointment of a new archbishop:

...If Burke is sent packing, it will be difficult to see the move as anything other than trimming his sails.
Yet before anyone concludes that Francis is conducting an ideological purge, this week brought yet another personnel move that cuts in a slightly different direction: the appointment of Anthony Fisher, formerly the bishop of Parramatta in Australia, as the new Archbishop of Sydney.

Just 54 years old, Fisher is an erudite Dominican given to subtle reasoning about matters, making him difficult to characterize in terms of sound-bites. That said, he’s perceived in Australia as a protégé of Cardinal George Pell, the former Sydney archbishop who now is Francis’ finance czar, and so Fisher’s appointment will be seen as vote for continuity with Pell’s conservative leadership.

As a footnote, the choice certainly confirms Pell’s influence with this pope. Francis’ may be the signature on the bull sending Fisher to Sydney, but dust it for prints and I guarantee you’ll find Pell’s all over it.

Yet Fisher and his mentor are hardly clones of one another. Whereas Pell is a tough guy who relishes a fight, Fisher is a kinder, gentler soul, and he will undoubtedly surprise people with his capacity to listen and to make careful distinctions...
Posted by Fr. Allan J. McDonald at Sunday, September 21, 2014

Pope Benedict has often been underestimated. It seems to have been the case when he was a cardinal, as well. Perhaps this is due, in part to the great humility with which he writes. The depth and breadth of his scholarship and of his perceptions are formidable.

I have found that almost anything of his which I have read requires rereading and contemplation. His concision makes it all too easy to go right past critical points he is making.

Moreover, his long history in scholarly study has given him such a deep understanding of the full context of the issues on which he writes that I submit he has few peers.

To dismiss any of his writings would be quite foolish.