TWO POWERFUL POINTS TO THE OBSTINANT COUNTERPOINT ON MEAL OR BANQUET

Now this is a real, authentic meal, substantial and convivial! 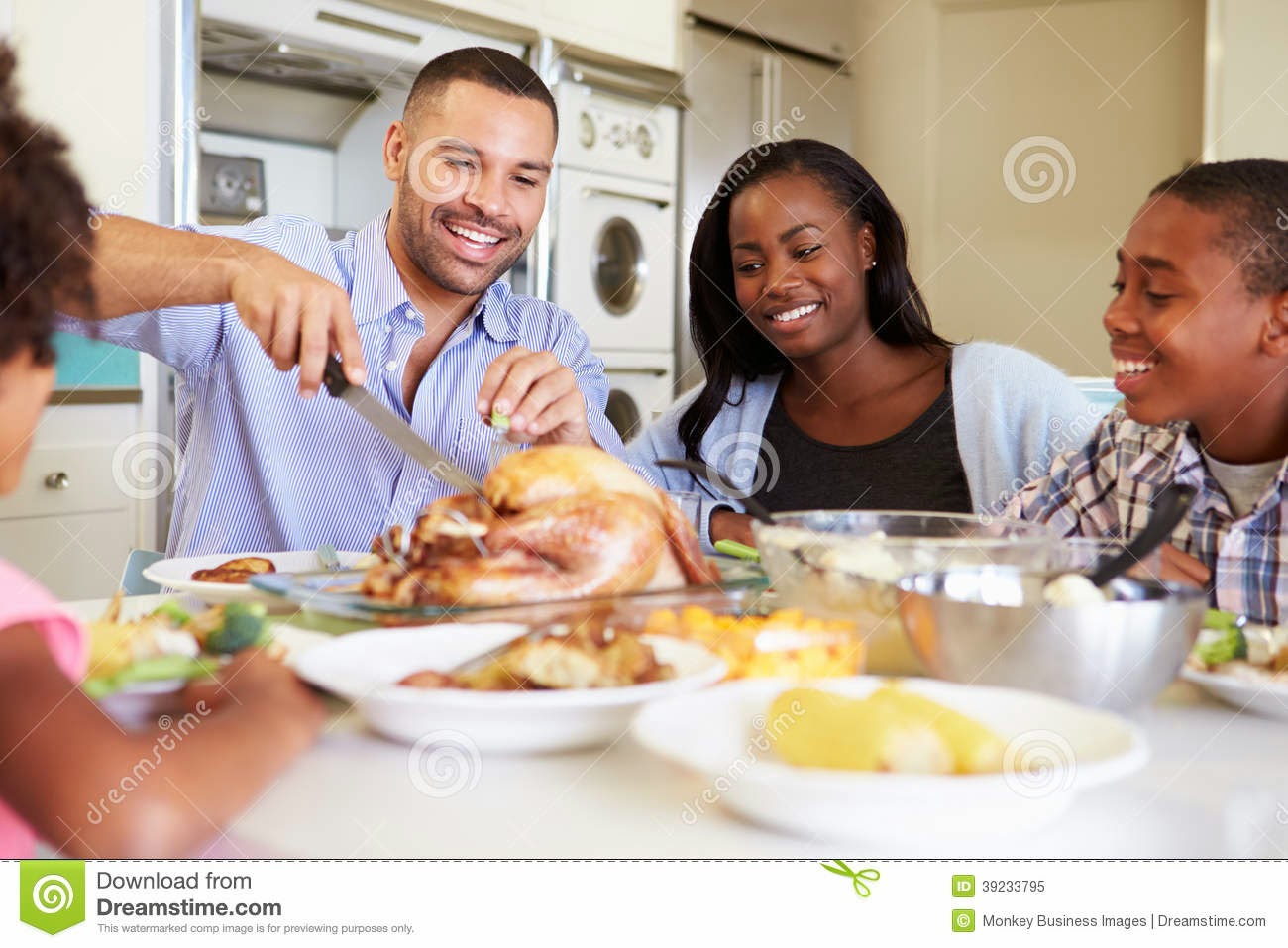 My contention is that the over-use of the word "meal" to describe the Mass has contributed to the overemphasis on receiving the Body and Blood of Christ during Mass and focusing exclusively on this aspect of the Eucharistic Banquet which is much more than a "meal" and eating and drinking and the action of doing so.

In addition to this, most people do not see a nibble and a sip of anything, let alone the Body and Blood of Christ to constitute a meal. Meals are substantial experiences that fill a person's stomach. So the term "meal" for Mass zeros in on a portion of the Mass that really doesn't constitute a "meal" by any stretch of the imagination and makes the laity think that if they haven't eaten and drunk the Body and Blood of Christ, they really haven't been to the Eucharistic Meal!

This is what George says about this on another thread:

Come, come now. This morning, I visited the new Kolbe center [pro-life ministry] in Macon which has an 'Open house'. today.

While I was there, I drank one cup of coffee and I "partook of," "fed","nourished" myself with, and "consumed" two small pieces of cake. I do not call this a meal.One can use the term meal in referring to the Eucharist if one wants, but in relation to how one normally uses that term, it is not a meal.One can even use the term Eucharistic banquet, but is is not a banquet. I prefer saying that one partakes of and consumes the Holy Eucharist or Holy Communion. Much more respectful. Especially since for many today, a meal is procured in a drive thru at a fast food establishment.

This was my response to George's great insight and observations:

Thank you George and an excellent observation. Although I do feel more comfortable with Eucharistic Banquet when this refers to the entire Mass, for in that context it is and it doesn't necessarily mean food or drink only which meal normally has that connotation.

Many Catholics who have impediments that do not allow them to receive Holy Communion feel that the Mass isn't worth attending if one doesn't receive. This is very sad and I think in large part due to the heavy emphasis on meal, eating and drinking.

Once again, only the priest must do this (eat and drink the consecrated Host and Precious Blood, he must receive both and consecrated at that particular Mass! Sorry if this sounds like clericalism, but it is dogma) for the sacrificial aspect of the Mass to be completed.

The laity are invited to receive, consume, eat and drink the Body and Blood of Christ, but it is not required to fulfill one's Mass obligation and technically they may receive pre-consecrated Hosts from the tabernacle although this is a second option to the preferred choice of receiving our Lord made present at that particular Mass. They would have participated in the Sacrificial Sacred Banquet without having physically eaten or drunk anything.

They would have been spiritually nourished, sustained and fed by the Mass itself from beginning to end and would have eaten the Word of God simply by listening and digesting it.

And they could have made a spiritual communion at the time of Holy Communion that would have quite a bit of efficacy in and of itself.
Posted by Fr. Allan J. McDonald at Sunday, September 07, 2014


You are correct. One purpose of the Mass is for our spiritual sustenance and one gets that whether or not one receives the Body and Blood. Not to the same degree to be sure. Given the plenitude of graces available to those attending Mass, the term Eucharistic Banquet (in the spiritual sense) would be appropriate. We partake of the Word among other available graces we receive. Also a banquet does refer to a more formal affair. It is not just a "Happy meal" or a "two for one".

I think you've been trolled, FrAJM. No way a priest could have not known concept of the 'feast', nourishment, etc.

I think it's due to an unfortunate bit of ignorance (not remedied since the 1960s) about why we need to go to Mass.

Low information folk assume it's just for communion. But we need the word of God. We need direction. We need the safety of the communion of saints, the prayers for and from the community here below. We need to apologize to Our Lord for our sins even if we don't approach to commune in the body and blood of the Lord.

I think it's the layman and secular world's presumption that Mass is just about communion, a ritual not a person that is the heart of the issue.

What changed things for me was reading Frank Sheed's Theology and Sanity.

So just going to the holy place, partaking in the sacramentals (holy water) helps. Just hearing the Gospel and receiving the prayer of others, and forgiving them in turn...helps.

If we get in the habit of seeing reality as the Church reveals reality, then it all makes sense. Then the harder rules make sense. But if we ignore this reality, then all is arbitrary, mean, silly, a matter of taste (and thus, poor taste) and we can take it or leave it on our convenience so if Georgia Bulldogs are playing, well....priorities you know.

But if we realize we're in war then the Church is shelter, hospital, refuge, a source of healing, life... no matter what the world, our flesh and the devils may say or offer in its place.

I prefer to engage in discussions involving moral issues or Church teaching and this pertains to neither. At one time parents would gather the children for a meal whether it was breakfast, supper, or Sunday dinner. Everyone would say grace then proceed to eat. For many families it is no longer that way and for a number of different reasons it is no longer possible for some to do this. So what constitutes a meal for many today is not what I would want to associate the Eucharist with. I wonder if there are those of the Jewish faith who prefer Seder to "Seder meal" for a similar reason.

Whatever descriptive terms are used relating to the consumption of the Eucharist (in the liturgy or otherwise), in the end it is good to keep in mind that it is still the Holy SACRIFICE of the Mass.

We need to beware of literalism. Two quotations from Benedict XVI might help:

'The Eucharist that Christians celebrate really cannot adequately described by the term "meal". True, the Lord established the new reality of Christian worship within the framework of a Jewish (Passover)meal, but it was precisely this new reality, not the meal as such, that he commanded us to repeat.' [The Spirit of the Liturgy, p.78]

Again, referring to the 'supper of the Lamb':

'The words do not refer directly to the Eucharist. They are, in fact taken from the Book of Revelation and refer to the invitation to the eternal marriage feast that is represented in the Eucharist.' [Salt of the Earth p.206]

This is perfectly captured in the Vespers hymn for Paschaltide, which dates from the sixth century or earlier -

"True, the Lord established the new reality of Christian worship within the framework of a Jewish (Passover)meal..."

This is not true.

Marc, if you disagree with the Pope Emeritus, it would be useful if you could explain why.

It's worth reading Paul VI's "Mysterium Fidei", published in Septempber of 1965. Even at that early date, he was worried about some disturbing attempts to redefine the Holy Mass. He even quotes Vatican I (which hardly anybody ever does): "the meaning that Holy Mother Church has once declared, is to be retained forever, and no pretext of deeper understanding ever justifies any deviation from that meaning".

Consistency, alas, was not Pope Paul's strong suit. If he was so concerned about attempts to redefine the Mass, why did he encourage the modernizers to do just that? Why did it take a strongly-worded protest from senior cardinals to get him to insist that Bugnini's essentially Protestant definition (in the preamble to the Missa Normativa) be reworded?