Today, Thursday, we climbed Mount Tabor and had Mass at the place where Jesus Christ was transfigured before His apostles, Peter, James and John. We had Mass at the basilica built above this site.

Then we came down the mountain, some walking, others like me, taking a taxi (I wonder if there were taxis in Jesus' day?)

Then we traveled to the place near the shores of The Sea of Galilee (really a fresh water lake, that to this day provides a significant amount of water for the state of Israel), where Jesus' multiplied the fish and loaves. This was a foretaste of the "Bread of Life" Jesus gives us at the Last Supper and every Mass since.

Then we went for a boat ride on the Sea of Galilee. We were able to see all the places Jesus walked around this sea, where on the other side he expelled demons into pigs who then cascaded off the side of a cliff into the sea to perish. This is the same sea that Jesus' calmed and where storms can develop quickly to this day and the same sea where Jesus walked on water and there was the miraculous catch of fish.

At lunch we had St. Peter's fish from the sea here, fried whole, with head in tact. It was good. It is like a Talapia.

Then some of our crowd went swimming in the sea. I had a orange drink instead.

Tomorrow we head up to Jerusalem.

As I type this in my room at the retreat house at the Mount of Beatitudes, I'm watching Pope Francis ordained two priest as new bishops, live from St. Peter's in Rome, 4:30 their time, 5:30 here in Galilee. The only innovation that I saw, is that as the Holy Father incensed the altar, he went down the stairs and incensed the two candidates for ordination as bishops and then returned to finish incensing the altar at the beginning of Mass. 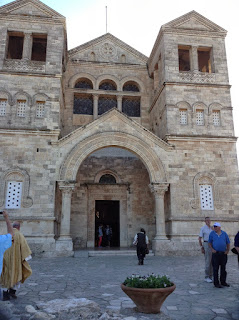 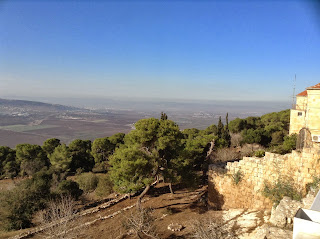 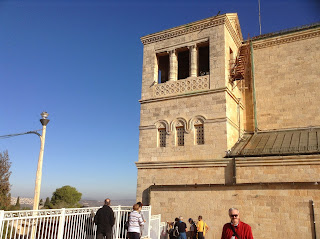 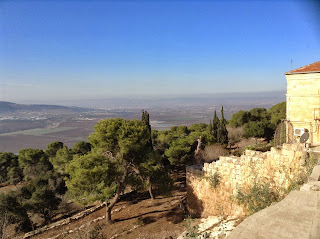 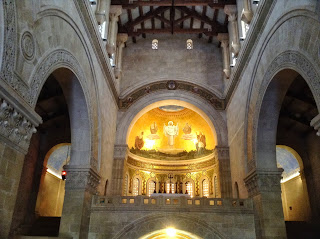 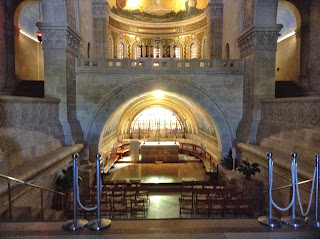 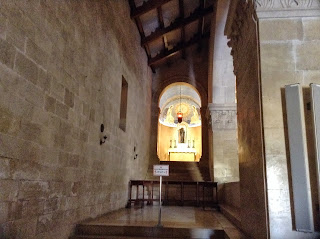 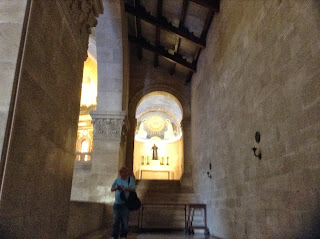 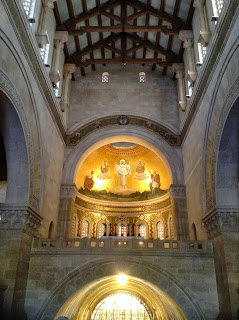 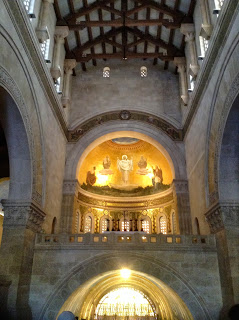 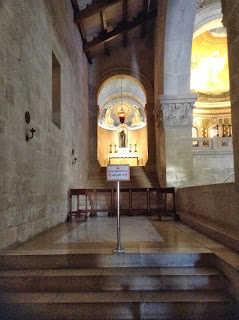 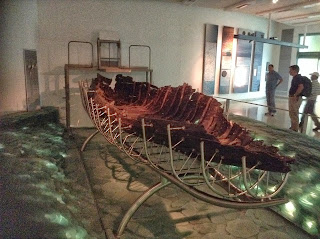 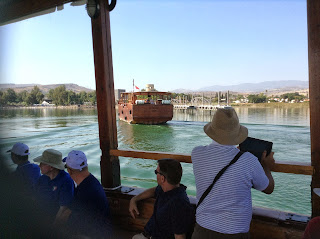 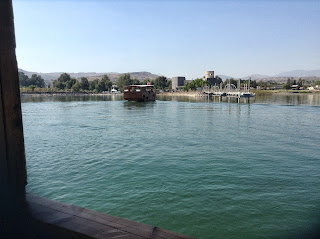 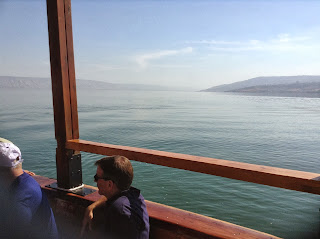 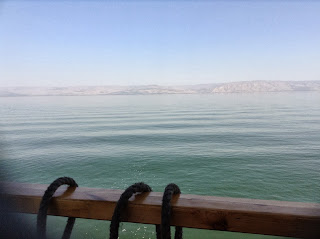 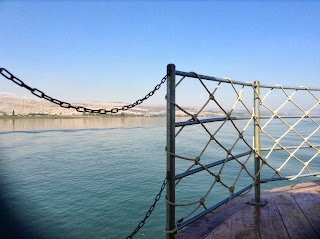 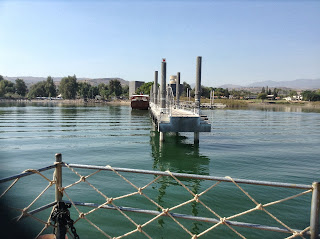 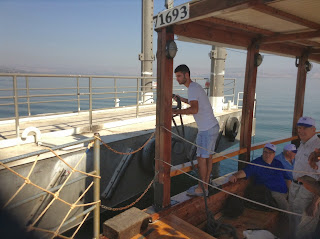 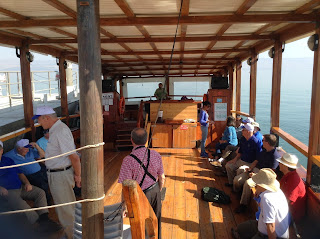 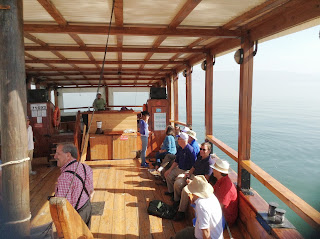 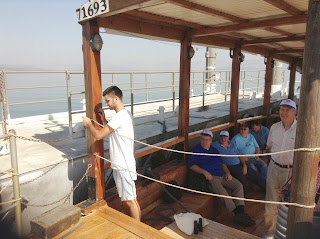 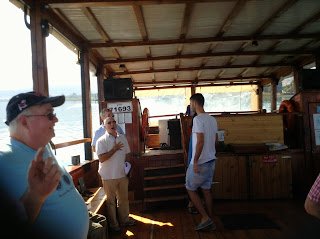 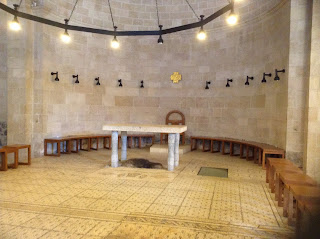 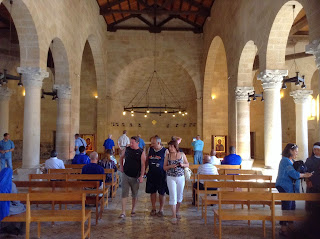 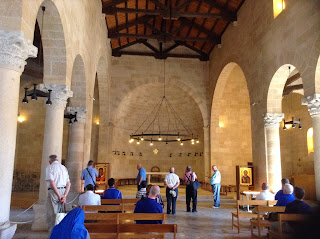 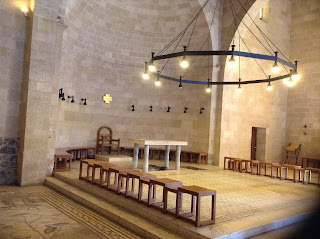 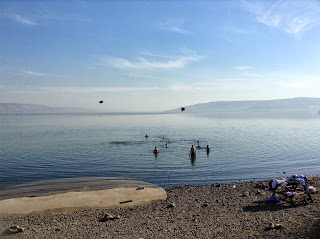 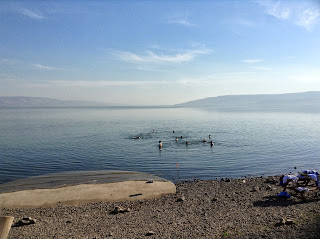 Hi Father, I'm enjoying your photos! You have a nice sense of composition. I sorry I haven't had time to comment of late (dissertation revisions). You remain in my prayers.

Father, thank you for sharing your beautiful photos with us. We are transported there, well almost. Enjoy every minute of this incredible experience and have a safe journey home!