THE GLORY OF THE ORDINARY FORM SOLEMN SUNG MASS 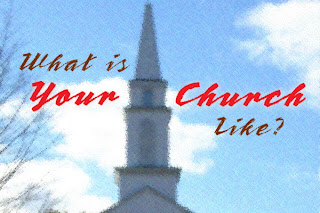 Yesterday at Pranzo, what you Americans call lunch, the new organist and choir director for the Pontifical North American College sat at my table. He is an American too and I told him where I was from in the Diocese of Savannah and stationed in Macon, Georgia. Then he said, oh yes, didn't the Church Music Association have their winter intensive chant there last January? And doesn't a priest from that area write a blog called "southern orders?"

Well, of course I blushed and told him to keep his mouth shut about that as I don't think any of the priests in the program I am in read my wonderful blog and some might not appreciate it if they did.

At any rate, I was able to tell him how wonderful the choir and music was for the deacon ordination last Thursday at St. Peter's Basilica. Indeed it was splendid and I thought to myself if parishioners could have just a simple taste of what he did each Sunday in their own churches would there be the same clamoring for something more traditional and reverent.

The music director certainly realizes that the course for the future reform of the Ordinary Form of the Mass lies not so much in a radical revamp similar to the EF, but in recovering as normative what unfortunately was made optional. And I've said this before and I say it again, it is the chanting of the chants of the Mass prescribed for any particular Mass and not substituting these with banal hymns of some sort that the choir director or priest likes.

Thus all the official chants of the Mass were chanted, the Introit, the chants associated with the ordination rite as well as the Offertory and Communion antiphons all taken from the Graduale Romanum.

This is where we need real leadership from Rome and our local bishops!

The deacon ordination was as reverent as any Mass I've celebrated in the Extraordinary Form.

The following is the music for that Mass:

The Processional Chant: Laudate Dominum--for about 200 in the procession and extended to cover this procession.

The Introit: (As the Cardinal approached the altar, the choir shifted to the official Introit for the Mass chanted in Latin) "O God, our Protector, look and see the face of your Anointed: for one day in your courts is better than a thousand elsewhere."  Additional verses were added to cover the incensation of the altar.

The Responsorial Psalm: Psalm 117 by D. Champoli and N. Vaskov

Vesting of new deacons: Psalm 83/84, from the Rite of Ordination

The Fraternal Kiss to each new deacon: Psalm 145 (146), From the Rite of Ordination

Offertory Antiphon by Fr. Samuel Weber, OSB, "My faithfulness and my kindness shall be with him, and through my name shall his horn be exalted."

Pater Noster, chanted in English with its Doxology

Communion Antiphon, from Graduale Romanum in Latin "Whoever serves me should follow me, and where I
am, there my servant shall be also."

You shouldn't be so modest about your blog, Father! It's the only one I check every day, and much better than Fr. Z's, IMO.

"This is where we need real leadership from Rome and our local bishops!"

When does your clairvoyance tell you we'll get it?

When what freezes over?

I agree with both Anonymous. And I concur with Henry, but also think it should not come from there. If they could encourage it, they could also discourage it. I think better to have a firm envelope of allowable sacred music forms and let the various parishes do the best they can with it.

FWIW, our FSSP parish is having a square dance Friday night in the Parish Hall. All the good music will be played and sung and danced. But not one bit of it within the nave. It's all about having it in the right place.