YIKES, THE BISHOPS OF NORTH DAKOTA TELL THEIR FLOCK ABOUT THOSE ORGANIZATIONS CATHOLICS SHOULD NOT SUPPORT, YOU'LL BE SHOCKED! 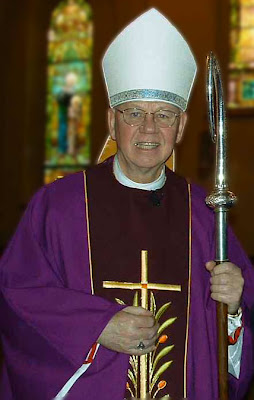 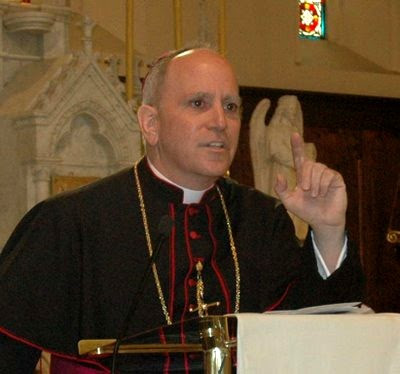 I gave stewardship talks for the Diocese of Bismarck, North Dakota back in late October. At that time I met Bishop Paul Zipfel of Bismarck. Like Bishop Boland, he submitted his resignation as bishop when he turned 75 but is still waiting for the Holy Father to name his replacement. Of course many parts of his diocese get to 40 and 50 degrees below 0 for most of the winter with snow galore; So who would say yes to that? But I digress. I've highlighted the organizations that Catholics should not donate to as listed by Bishop Zipfel and the Bishop of Fargo, ND. It is rather eye opening. I wish I had this information last week when someone asked me about the Susan Koman foundation. I think I gave bad advice! But the March of Dimes disappoints me the most!

Some well-known and high-profile charitable organizations are among those that North Dakota Catholic bishops have asked their parishioners not to donate to or volunteer with.

Bishops Samuel Aquila of the Fargo Catholic Diocese and Paul Zipfel of the Bismarck Diocese issued a guideline for charitable giving for their members, and groups such as the March of Dimes, Susan G. Komen for the Cure, Planned Parenthood, UNICEF, Amnesty International, the American Association of University Women and the Crop Walk for Hunger are among them.

The "Guidelines on Charitable Giving" were designed in response to questions from laity about appropriate charities, said Christopher Dodson, executive director of the North Dakota Catholic Conference.

The guidelines say that Catholics should not support with money or volunteer time with groups that have ties to promoting contraception, abortion rights, embryonic stem cell research, or who "seek to redefine marriage."

The church cannot endorse organizations whose mission may be morally objectionable or at least questionable, the guidelines state.

"Every year we get questions about these groups," Dodson said. The statement was issued to give guidance to parishes, he said.

The charities listed are not a surprise to anyone in "respect life" work, he said: "To those of us who are involved in pro-life, it's common knowledge."

The Florida bishops put out a similar statement in 2009, he said. So far, Dodson said the response has been positive.

Bismarck's Crop Walk for Hunger is usually held in October, and 25 percent of the ecumenical walk proceeds go to local food banks and the remaining to various worldwide hunger programs.

Catholics once constituted a strong presence in the Crop Walk, but it's not that strong anymore, said Allison Germolus of Bismarck, one of the local Crop Walk organizers. Germolus said that walkers always had the option of designating their funds strictly to Catholic Relief Services.

The Crop Walk was on the bishops' list because its umbrella organizations include Church World Service and the National Council of Churches, which has, according to the guidelines, "some partners (who) support the provision of contraception in their overseas missions and programs."

"We work with organizations that disagree with us all the time," Dodson said. "There comes a point when active support for what the church teaches is contradictory ... furthers the activity which the church opposes."

The Crop Walk does not promote abortion, Germolus said, adding that connections with contraception may be as tenuous as a village food bank being the same location for picking up condoms to prevent the spread of AIDS, Germolus said.

In a 2006 statement, the Rev. John L. McCullough, CEO of Church World Service, responded to Catholic Relief Services by stating that Church World Service does not provide funding or support for abortions anywhere in the world. Some of the health programs it supports do provide contraceptives for the prevention of HIV/AIDS and for family planning, he said.

The Catholic Church withdrew from the program because it was not cost-effective for Church World Service to track the giving of Catholic donors who didn't designate Catholic Relief Services on their donation envelopes.

Susan G. Komen for the Cure was listed because the guidelines say it "refuses to acknowledge the link between abortion and breast cancer."

John Hammarley of Dallas, senior communications adviser for Susan G. Komen for the Cure, said that his organization maintains there is no connection between abortion and breast cancer, information he said is based on a 2004 expert panel from the National Cancer Institute. Organization-wide, Hammarley said that Susan G. Komen contributes less than 1 percent of its funds to Planned Parenthood and that those funds are to be used only for breast cancer screening and education.

Lisa Maatz, director of public policy and government relations for AAUW in Washington, D.C., said that she was not aware of the North Dakota statement, but that AAUW was "in fine company" with the other charities on the list.

"We certainly have lots of members who are Catholic and lots of members of other churches," Maatz said. "I have faith that North Dakota Catholics will carry on as they have always carried on, respecting their individual consciences and respecting other people's rights to do the same."

Originating in 1881, with a nationwide membership of more than 100,000, AAUW "has always believed that women are more than capable of making their own choices as their consciences dictate," Maatz said.

AAUW works to break down educational and economic barriers for women, she said.

The group, Maatz said, "is full of women used to speaking truth to power when it needs to be said."

The March of Dimes was designated because the guidelines say it supports embryonic stem cell research, "preimplantation diagnosis for untreatable conditions and mandatory contraceptive coverage for insurance plans."

Karin Roseland of Fargo, state director for the North Dakota March of Dimes Chapter, said the March of Dimes works to prevent birth defects, premature birth and infant mortality. Prematurity is the leading cause of newborn death, she said, and babies who survive often face lifelong health problems and disabilities.

"We think the bishops do not fully appreciate the need for the lifesaving work of the March of Dimes," Roseland said.

Between 1996 and 2006, the rate of babies who died before their first birthday increased more than 9 percent, she said, and one in nine babies in North Dakota is born prematurely.

"We hope that people with differing views will come together in working together for stronger, healthier babies in North Dakota," she said

Well done Bishops! Maybe they will one day take a closer look at the CCHD and keep the money for local honest-to-goodness, faithful-to-the-Catholic-Church charities that really help the poor instead of the left-wing rabble-rousing community organizers, many of whom are against Church teachings.

USCCB says they have reformed in that area but I think not.

This is great to see and hear! I see that the end of the article has a rep from March of Dimes quoted...here is a link to information regarding MOD and pro-life issues: http://www.lifeissues.org/marchofdimes/index.html

The Komen connection with PP is discussed here: http://www.bdfund.org/breastcancer.asp

UNICEF was listed and an alternative to UNICEF is the Catholic Relief Services. 95% of the funds raised by CRS goes to help the poor.

CRS could also be an alternative to Crop Walk. Donating to Food for the Poor is also a good alternative, to help those in Latin America.

The main thing that people need to remember, when deciding where to donate time and money to, is to research the organization and be certain that organization does not support something contrary to your beliefs.

This is great. UNICEF has long been a supporter of terrorist nations and all kinds of abominations. Indeed, most "so-called" charitable organizations have been infiltrated and ruined by progressives, secularists, and other enemies of the Church, if not the state, as well. You could probably tack on most environmental groups, and no Christian should support the major networks with their viewership.

Lists of specific organizations NOT TO SUPPORT help to prevent us from getting bogged down into inaction and apathy by the overwhelming size of that horrible web.

Kudos to these Bishops, may other Bishops follow their example.

I personally have been verbally excoriated at my work place for refusing to support both MoD and "Cure" campaigns for religious reasons in the past.

As for the Internet, courtesy of Father Zuhlsdorf, this prayer is helpful:

A prayer before logging onto the internet:
Almighty and eternal God,
who created us in Thy image
and bade us to seek after all that is good, true and beautiful,
especially in the divine person of Thy Only-begotten Son, our Lord Jesus Christ,
grant, we beseech Thee,
that, through the intercession of Saint Isidore, Bishop and Doctor,
during our journeys through the internet
we will direct our hands and eyes only to that which is pleasing to Thee
and treat with charity and patience all those souls whom we encounter.
Through Christ our Lord. Amen.

Everyone should take time to send these good men letters of thanks and encouragement. Every time a good Bishop goes against the grain and performs his duties in Communion with the Pope we should let them know we appreciate it.

Another example is Bishop Samuel Aquila. See commentary; great quotes and the entire talk by starting at this site: http://www.lifesitenews.com/news/us-bishop-how-long-will-pro-abort-politicians-be-able-to-receive-communion?utm_source=LifeSiteNews.com+Daily+Newsletter&utm_campaign=47b37c79f3-LifeSiteNews_com_US_Headlines03_23_2011&utm_medium=email