MY BRAINSTORM BECOMES REALITY! WHAT WOULD I DO WITHOUT ME (WWIDWM)? GOOD NEW NAME FOR MY BLOG? 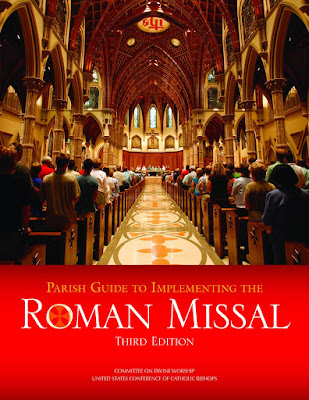 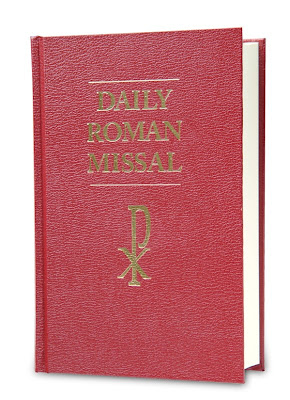 Blogging not too few blogs ago, I had a brainstorm about printing in my parish bulletin the new English translation of the Collect, Prayer over the Offerings and the Prayer After Communion.

It reminded me of the old hand missals people had in pre-Vatican II times that gave them the English translation of the Latin Prayers.

Well, the current lame duck translations are so poor and no where near what the original Latin is, we need to see what the actual Latin translation is, so from now until the First Sunday of Advent the new, improved and theologically and doctrinally correct translation can be seen and read as the priest sings or says these lame duck translations. My mouth is watering for the Beijing Duck translations to be here on the table as soon as possible; but I'll have to wait until Advent!

While some of these prayers could have been translated into a more flowing English style, I'm so glad that these are theologically and doctrinally correct with the correct Catholic spirituality, that I don't care about some of the clunkiness. That clunkiness can be alleviated in later adjustments of the new missal. Keep in mind that the current lame duck missal had several readjustments since 1970!

Press this for the SAINT JOSEPH BULLETIN. Then scroll to the end for the Beijing Duck!
Posted by Fr. Allan J. McDonald at Thursday, March 31, 2011

The clunkiness can be remedied by an educated reader. Furthermore, it can create curiosity in the pews as to what it is saying. Similar to a good song that needs be sung in the correct cadence to be beautiful.

And accompanied by a banjo.

Fr. McDonald: "While some of these prayers could have been translated into a more flowing English style ..."

I'm not sure this standard introductory gambit is needed, whatever concession one is making to the drumbeat at that Pretty Terrible blog you frequent.

As a Lenten exercise, I'm using the new translations of the collects, super oblata, and post communions at each hour of the LOH -- a half dozen times a day.

I've now done this for the first 24 days of Lent, and thus for 72 consecutive proper prayers from the new translation. After reading that same blog, I'd have expected some genuine clunkers to show up by now.

But, no, not one yet that suffers from that much lamented clunkiness when read aloud. When, oh when, am I going to find that much anticipated but still awaited clunker? Or have some of those folks been crying "wolf" so long that we swallowed the whole load?