This video brought back memories on two levels. I saw this when it first aired as a child. My dad loved Ed Sullivan and it was must see on Sunday night at my home. Although my dad was somewhat miffed that Ed had the Beatles on his show, which I also saw live!

But my parish in Augusta where I grew up had a folk group shortly after Vatican II, somewhere around 1968 or 69 and of course Kumbaya was sung repeatedly and with one of the singers shouting out words that we should repeat as in this video. What nostalgia! And this was purported to be the wave of the future! Latin Gregorian Chant was out! Polyphony was out! Traditional Music was out! This was in and would be forever until the Second Coming! Anyone have Alka-Seltzer?

Benedictine Nuns of Erie, PA (Kumbaya the Cause?) 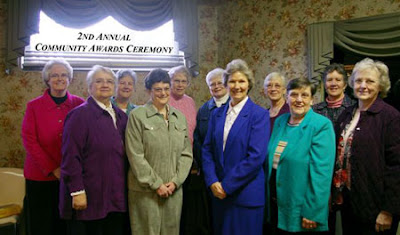 Now this I really dig! 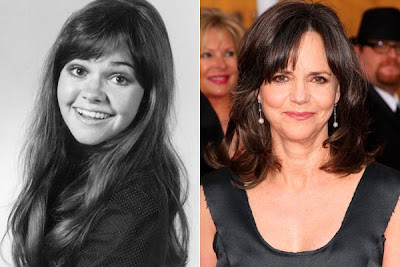 Father, you are seriously tempting me. For now, I'll keep my mouth (and keypad) shut.

So, how did you kum bay that?

Whoopi Goldberg is one of the most disgusting creatures that God ever suffered to crawl upon the face of the earth. The nuns singing Kum Ba Ya were disgusting, but hot that disgusting.

I wonder which one of the sisters singing Kumbayah is Sr. Joan Chittister or Sr. Christine Vladimiroff? I bet there are plenty of Pax Christi activists in the group. Such a pity! I hope that the decline of the Benedictine Sisters of Erie, PA didn't start with a song!

I want a blog on the Flying Nun next!
-pgal

I really would like to know what Nancy and Robert were tempted to write? There was this homily I heard once by a Priest whom we love and respect. He told us we can only judge people in moral situations. I love coming here and reading Fr's posts; it makes an interesting read with all the different viewpoints! I came in after the removal of the comments of Sacred Heart Church they must not of been good, it caused an apology to Fr Migone. Maybe most of us don't like Whoopi's politics but what's fair? Maybe you won't say you were judging her, maybe you'll say you were only making an assessment of who you think she is. I do have to admit your comments never bore me pin!

Sometimes the comments can be unkind in here, free speech isn't it great! I loved the videos; the one with Whoopi was totally like being at a revival, I was waiting for the Altar Call to start when it ended! :)

I was indeed judging her. Would you like to hear it again?

Oh FAJM - THANK YOU for the Flying Nun clip! I especially loved the part where she is waving to Paul Lynde, the openly gay (though now deceased) comedian who portrays a PRIEST in the show - CLASSIC! -pgal

I distinctly remember KumBaYa from my youth circa 78, 79...I can't believe it still is around. How horribly far we have drifted. I think someone spoke of a new syllabus. I think it is such a great idea and would really set so many things straight. And this Holy Father is the one to write it. There is so much wrong I look forward to reading the 4 volume set.