WHY FOLLOW JESUS AND THE NEW TRANSLATION OF THE ENGLISH MASS, ARE YOU EXCITED YET? 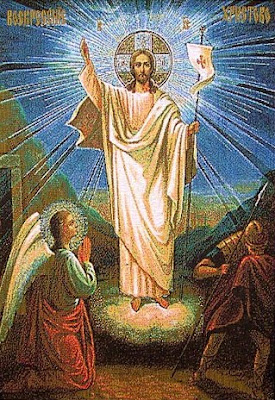 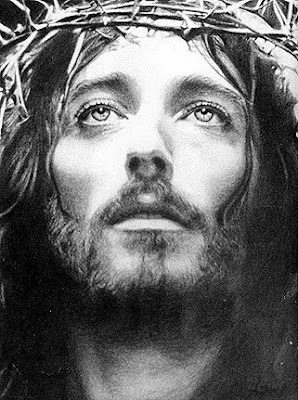 When I was in the seminary in the 1970's, Jesus Christ was front and center! Any surprise? There shouldn't be.

But also front and center was getting back to the historical Jesus of his ministry, not the convoluted Jesus of the Gospel, where the Gospels invent a persona for Jesus that didn't exist in the Jesus' real lilfe; like He is God, like He performed miracles, like He walked on water, etc. In fact in real life Jesus would not have had his pronoun capitalized!

Basically following liberal Protestant theologians of the first part of the 20th century, Catholic biblical scholars were trying to peal away all the accretions of divinity attributed to Jesus in the Gospel and were trying to get to the real Jesus of his public ministry. Will the real Jesus please stand up.

The real Jesus they assumed would help us to see a man who bungled things, but loved people anyway. He was inclusive. Certainly he was, after all he ate at sinner's homes. I guess the demand for repentance must have been a gospel accretion that Jesus did not actually assert in his public ministry.

Today, we have liberal theologians schooled in the liberal Protestant hermeneutic of "historical/critical methodology" of studying the Gospels who are telling us that the magisterium of secularism as it concerns what Jesus would do in terms of same sex marriage, ordination of men and women to the priesthood and all the other liberal demands of liberal neo-liberal-Protestant Catholic theologians are correct and the actual Magisterium of the Church is wrong.

Who are we to believe?

I'm a papist. I'm sticking with the Pope and the Magisterium!

If the liberal theologians are right and their hermeneutic is correct and Jesus was just a loving good old boy, well, he is not for me, I'll follow Buddha or become a Hindu, but a well-meaning atheist might be a better fit for me. I ain't following no bungling man who is not God and was a person who simply loved people and never rocked their boat of comfort and sin.
Posted by Fr. Allan J. McDonald at Thursday, March 03, 2011

The humility of God in icarnate is what convinces me of His divinity. He left no physical trace but the effects on the hearts of the people He knew and who knew Him. No great tome, no buildings, nothing as in no thing, yet the Holy Fire seized the disciples and burns undiminished by replication through their followers.

Some people want not to see Him as a man but as a man so like them they can see him as a peer and buddy. Just liek people who want to see God the Father in a fiery cloud meting out justice they want to the persons of God behaving according to their own, pagan, ideas of a god and therefore entirely miss the Glory of the One that is real

It's weird that many secularists are willing to make Buddha a god when he flat said he wasn't a god and his followers do not and did not claim he was a god.

Yet, some theologians are trying to deny Christ's divinity when he flat out said he was God and all his followers recognized that!

Frajm. Do you know of one or more preiests in your diocese who bought into this nonsense, in whole or in part? No names of course.

Does onyone else dislike those 'laughing Jesus' images?

It's as if the artist is trying to bring Him down to our level. Strikes me as sort of irreverent.

I agree the pictures of "laughing Jesus" are usually pretty bad; however, I have, in meditating on the Wedding in Cana, sometimes thought of Christ as laughing during that celebration. I think it's interesting to meditate on the Sacred Humanity of Christ, which would have certainly included laughing and joking around, especially with his Blessed Mother.

But, yeah, those pictures are horrible!

"The historical-critical method is the indispensable method for the scientific study of the meaning of ancient texts. Holy Scripture, inasmuch as it is the "word of God in human language," has been composed by human authors in all its various parts and in all the sources that lie behind them. Because of this, its proper understanding not only admits the use of this method but actually requires it."

"When this last method was brought into play, the whole series of different stages characteristic of the historical-critical method became complete: From textual criticism one progresses to literary criticism, with its work of dissection in the quest for sources; then one moves to a critical study of forms and, finally, to an analysis of the editorial process, which aims to be particularly attentive to the text as it has been put together. All this has made it possible to understand far more accurately the intention of the authors and editors of the Bible as well as the message which they addressed to their first readers. The achievement of these results has lent the historical-critical method an importance of the highest order."

- "The Interpretation of the Bible in the Church" Pontifical Biblical Commission, 18 March 1994

To even have a mental image of "the Laughing Christ" I think you need to have never heard, let alone understood or embraced, the image of "Christ the King".

M J Lagrane, I agree with your assessment completely. I as schooled in this method of Biblical study in the seminary and found it quite useful. However, i do believe that some of our seminarians lost their faith when they did not combine this method with the teachings of the faith. I very much appreciated Pope Benedict's last book on Jesus which addresses the legitimate concerns about this method. He is right on.

The preface to the Pontifical Biblical Commission's "The Interpretation of the Bible in the Church," 18 March 1994, was signed by none other than . . Joseph Cardinal Ratzinger.

Templar: "To even have a mental image of "the Laughing Christ" I think you need to have never heard, let alone understood or embraced, the image of "Christ the King"."

Templar, I usually agree with you, but I think you are incorrect in this assertion. Now, I am not advocating anyone paint a picture of Christ laughing, but I do think it can be an important meditation to think about Christ's Humanity, which would include all sorts of emotions and "moods", if you will.

I seriously doubt even Christ could avoid laughing at some of the ridiculous things the Apostles would say in response to his questions!

Which is stranger to picture: Christ lauging and smiling with those around him at the Wedding at Cana or Christ sitting stern-faced with all these people around celebrating a marriage? Surely even kings laugh from time to time!

Marc; I concede your point willingly, as I conveyed poorly what I was trying to say. I can see the Humanity in christ, and can eadily admit that I doubt he walked about like some sort of tacturn dour old prof; but I don't think that is the imagery we should be presenting. If Christ is our Sovereign Lord he should be portrayed as such. Secular Kings laughed and joked (some to great excess) but the worst of them was never portrayed that way. It sends the wrong message. That's what I was trying to say, but in my haste badly missed the mark.

Ah, Marie Joseph Lagrange/Ignotus. You know, you are such a boor. I can't use the colloquialism I would wish...

For the rest of us, Fr. LaGrange was an obscure Dominican scholar and textual critic.

RCG, You gotta' stop texting while driving...this conversationalis interruptus is killing me. LOL!