THE PRICE IS RIGHT HAS BECOME WRONG, DEAD WRONG!

Drag Queen not in drag, Rue Paul wins $92,766 for his charity Planned Parenthood on the Nighttime Price is Right, Monday, May 10th: 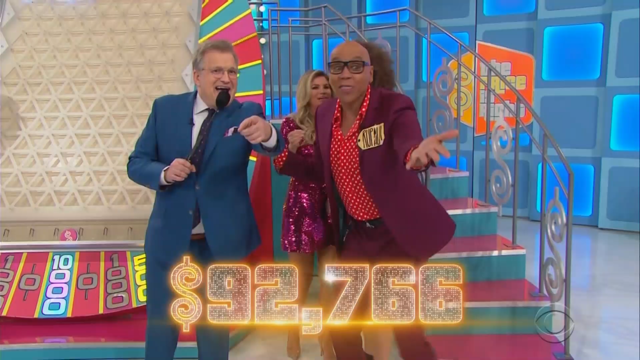 I use to love the Price is Right, especially when Bob Barker was host. Drew Carey has grown on me but the show isn't as funny as it was when Bob had it as he knew how to play the audience and each guest.

I don't expect game shows to teach the faith and I don't expect them to be political either or poke their loyal fans in the eye with absolute nonsense not related to the show.

Sadly, the Nighttime (I guess adult version) Price is Right on Monday had a guest celebrity, drag queen Rue Paul, not in drag, thanks be to God.

He was present for each game and would win for a charity of his choice, the amount of money prizes that contestants would win.

His choice for his charity? PLANNED PARENTHOOD!

Thus the Price is Right became in my eyes the Price is Wrong by promoting the immorality of the LTGBQD (Drag Queen) politics. But I guess I could tolerate that. What I can't tolerate is Planned Parenthood being promoted by a game show that otherwise is quite benign.

Will I watch the Price is Wrong again? More than likely no.  On top of that I loved the Price is Right of the 1950's version with Bill Cullen. What a storied game show. But no more.
Posted by Fr. Allan J. McDonald at Tuesday, May 12, 2020

Good grief, good Father! Whatcha doin watching that junk? Not trying to be judgement all, but...
I have some good books I’ll send along if needed.

Fr McDonald, you are funny. How could you have been surprise at anything from that person?

Please don't do any investigations into the history of Jeopardy. It would break my heart to learn something bad about Art Fleming!

Oh my goodness, this is terrible! Did you know that "In 1952 Toy Len Goon, an unknown Chinese immigrant, a widowed mother of eight, and a laundry shop owner, was selected to be Maine Mother of the Year and later won the national title as American Mother of the Year."?