JUST IMAGINE HOW MUCH NICER GEORGIA’S CATHEDRALS, BASILICAS AND CHURCHES WOULD LOOK WITH ACTUAL ARCHITECTURAL RESTORATION OF THE SANCTUARY

The photos below are from this article and show how to uncluttered a revised sanctuary: 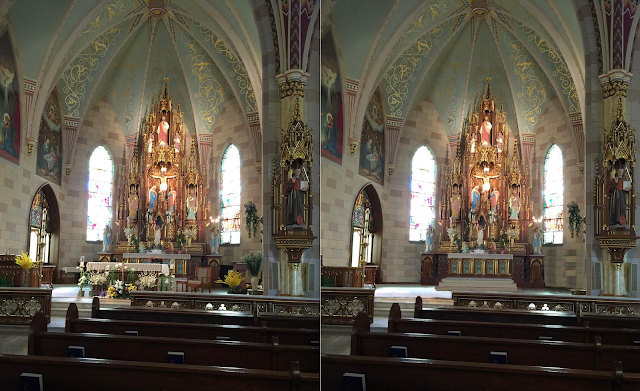 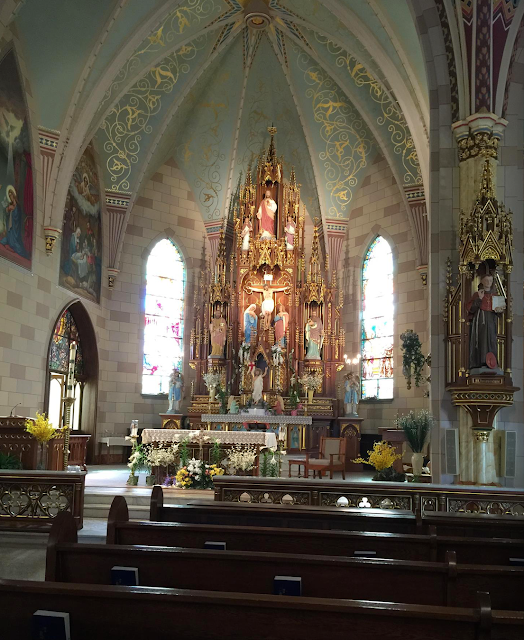 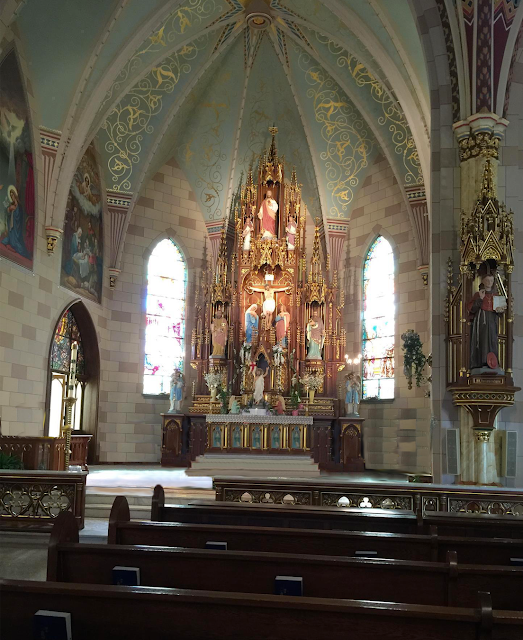 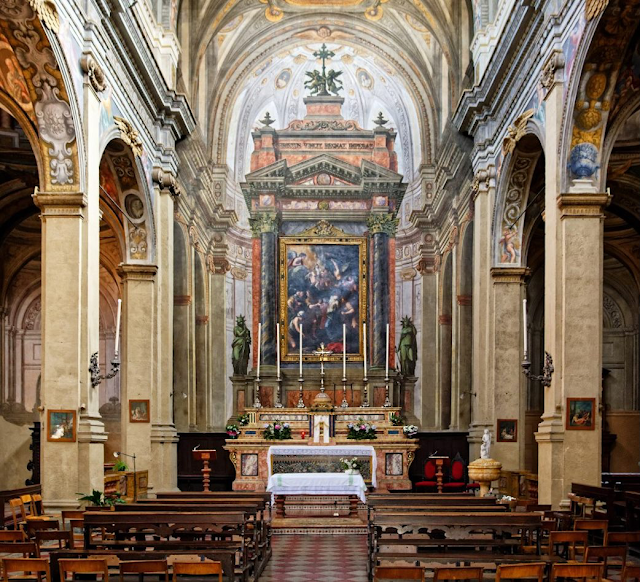 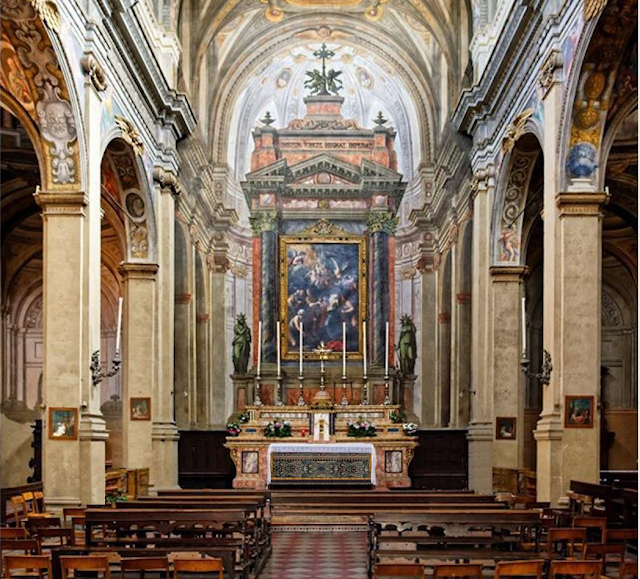 The photos make the obvious so....obvious. Ad Orientem isn't the trauma it's being made into. I see it weekly and can only imagine how silly Divine Liturgy would look re-oriented to, as others have pointed out given current circumstances, an empty nave. Additionally, I never understood the benefit of making the altar a barrier in the sanctuary - these photos illustrate that. Divine worship is of our Lord, not man from the waist up as is the current case in most Roman Churches that lack a confessio.

It is nice to see the sanctuaries without the Cranmer tables.

I think it is one thing to build a new Church where either ad orientem or versus populum may be employed (of course I prefer ad orientem). But it was despicable what was done to existing sanctuaries in the name of Vatican Disaster II. People were fairly docile then. If that were tried today, I am not so sure people would stand by and take it. The mystique of the priesthood has taken a huge hit since the Council and most of us no longer view priests as the "big man on campus."

In many major metro areas with old churches where also the Tridentine Mass celebrated as well as the 50yr old NEW and IMPROVED with SPARKLES!! Mass, the sanctuaries are decluttered on schedule, with even marble altars on rubber swivel castors wheeled in and out for the NEW!!! Mass, so the 50yr older "progressives" not forced to use that yucky old high altar, and showing the new altar and attitude for exactly what it is, only a stage prop.

As much as I like these photos, I fear that they serve little purpose on this blog except to frustrate the small percentage of Catholics here who appreciate our heritage and value the liturgy.

This isn't going to happen in South Georgia. The people in charge of making those kinds of decisions here don't get it. They don't get it because THEY DON'T WANT TO GET IT. Their minds are LOCKED SHUT. There is no point in getting our hopes up.

We are living in a "perfect storm" of Catholic degeneration and breakdown. We now have three generations of poorly educated and indifferent Catholics who have not been trained to think with the mind of the Church. We have a hierarchy and priesthood that is no longer consistent, but more like the Protestants: dependent upon the personality of the individual. To make matters worse the priesthood has been discredited in the eyes of the public and that public--far more influenced by pop culture than by the Catechism--includes Catholics.

We are like people who live in a bad neighborhood where crime has taken over for generations. We need policing, but the police have little credibility. Further, the people in the neighborhood have been conditioned not to trust the police, so, in effect, we won't permit the police to do their job--if we even had police willing to do it, and they are few and far between. Of course, that's just a metaphor for our situation.

The only thing that is going to restore our Church is going to be something so overwhelming and obviously from God that there can be no question. Perhaps something cataclysmic? Three Days of Darkness? Fire falling from the sky? A Great Chastisement? Who knows? The Coronavirus was certainly God trying to get our attention, and apparently very few have gotten the message. We still have a pope unrepentant of his idol worship redefining evangelization preparing yet another synod on synodality. And that is the very pope who will choose the next bishop of Savannah.

You can get your hopes up all you like, but we all know nothing's going to change around here unless something extraordinary happens. We might as well settle in and be patient while the pabulum-pushers at the Vatican and USCCB deliver us the same old thing.

The last photograph speaks volumes. In front of the high altar we have a table. It's not a temporary altar, and shows no attempt to make it resemble one. It is covered by a tasteful blue-and-white cloth, of the sort that a suburban housewife might put on her dining-table. A sprig of flowers adorns one end.

What message does it send about the essential nature of the Mass? A witness to unbroken tradition (GIRM 6)? I find that hard to believe, and that is no doubt the intention.