FRANCIS' BOMBSHELL WHICH WILL MAKE CONSERVATIVES AND PROGRESSIVES CRAZY, ST. FAUSTINA'S FEAST IS ADDED TO THE LITURGICAL CALENDAR ON OCTOBER 5 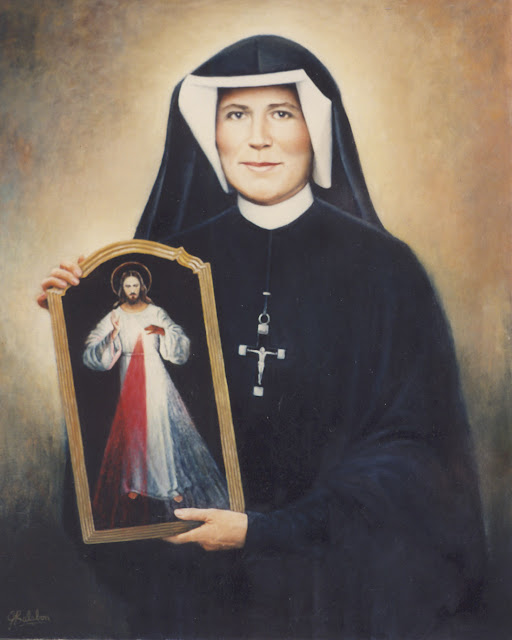 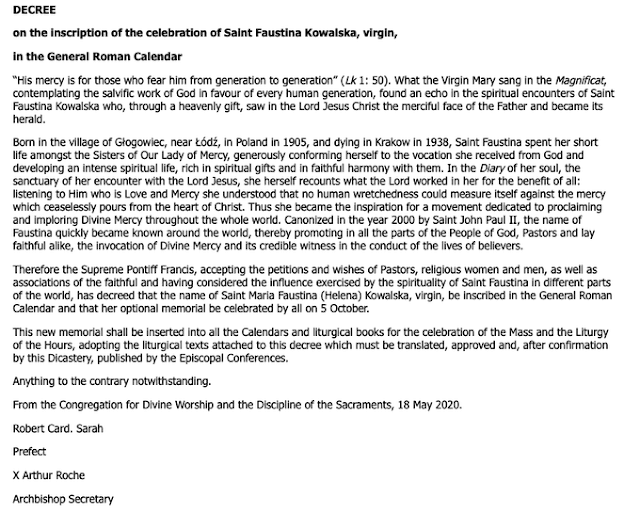 Fair enough. As a canonized saint she already had her own feast day. But there is no Feast of the Divine Mercy as there is in the case of the Sacred Heart. Francis is not conceding much, and the cult's devotees will be disappointed.

The political liberals will go nuts because it was something beloved by Pope John Paul II, the political conservatives will go nuts as it suggests salvation a matter of heart or even mysticism rather than structure of Mass style.

Most parishoners will ignore both political sides and do as they have always done, ignore the woman or take her message to heart. The popular devotion seems to have caught on quite well, in many parishes. Both sides seem stuck with it.

All true. EWTN (the Eternal Word Television Network) was a huge promoter of St. Faustina. I never got excited about her at all.

Never got this as well, Novus Ordo made up cultish devotion, just my opinion of course.

Have you ever read any of St. Faustina’s diary/writing?

500 years from now the devotion to some as-yet unborn future saint will likely be derided in the same way.