IS SISTER JANE BEING REHABILIATATED AND VINDICATED? 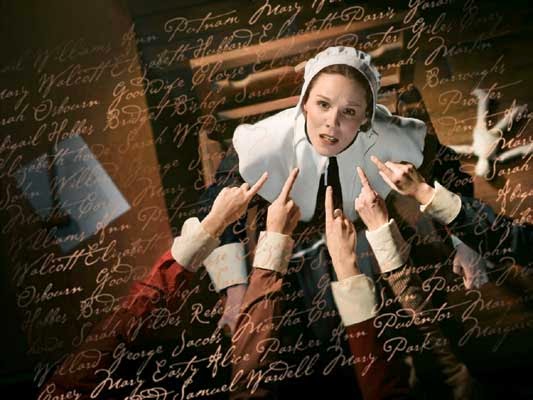 I don't have the complete story, but maybe Sister Jane is like the Old Testament prophets and like Jesus Himself, some people just don't like the truth when it hurts their feelings. They want to kill the prophet, the messenger of the truth.

Jesus called people broods of vipers, whited sepulchers and the like. This certainly must have offended their sensitive ears especially if they were schooled in the "I'm okay, you're okay" ideologies of their day.

And now parents and their children well formed in the ideologies of praising everyone no matter what and giving awards to everyone, even those who don't deserve it, may be in for a rude awakening when they are called out for it by the Diocese of Charlotte.

LifeSiteNews is reporting the following:

The bishop of Charlotte is backing a Dominican nun who has been at the center of a fiery controversy since last month when she gave a speech promoting Catholic teaching on sexuality to students at Charlotte Catholic High School.

After a public meeting with diocesan and school officials turned ugly, with parents and students alike shouting at administrators over what they perceived as “hateful” remarks criticizing homosexual behavior, divorce and extra-marital sex, a spokesman for the diocese told LifeSiteNews that the nun in question, Sr. Jane Dominic Laurel, did nothing wrong and will be welcome to speak on the issue again if she chooses.

“Nothing in Sister’s talk opposed Church teaching,” Diocese of Charlotte Communications Director David Hains told LifeSiteNews in an email. “Sister would be welcomed to speak in the diocese in the future.”

The Diocese of Charlotte’s newspaper, the Catholic News-Herald, reported that the meeting was acrimonious, with those who dared to speak out in support of Sr. Laurel or the Church being shouted down by an angry mob.  The paper’s sources called the atmosphere “disrespectful” and “hate-filled.”
Posted by Fr. Allan J. McDonald at Tuesday, April 08, 2014

I wonder if the author of the LifeSiteNews item has a text or a recording of Sr. Jane's presentation. Or is this author simply assuming that what was said was "above board," not only in doctrine but in other matters as well.

Now I am confused. As Father McDonald himself seems to have recognized in earlier comments, that was not the issue.

And yes, a recording would be very helpful.


' "The Diocese of Charlotte’s newspaper, the Catholic News-Herald, reported that the meeting was acrimonious, with those who dared to speak out in support of Sr. Laurel or the Church being shouted down by an angry mob. The paper’s sources called the atmosphere “disrespectful” and “hate-filled.” '
Yes, some really fine upstanding Catholics, those.

If only our "myrmidons to popular culture" would be so offended by what is shown on prime-time TV these days (if some of that doesn't offend them, I don't see how what Sister Jane said would- except in the case of those who don't find a problem with what comes into their homes which I'm afraid is far too many today).

I'm with the bishop and Sister Jane.