SMYRNA, Georgia (AP) — The Roman Catholic archbishop of Atlanta said Saturday that he will sell a $2.2 million mansion just three months after he moved in as he tried to appease angry parishioners who insisted that he follow the example set by Pope Francis.


Archbishop Wilton Gregory announced the decision following a closed-door meeting with members of several church councils at his headquarters. He publicly apologized Monday for building the Tudor-style residence and will move out in early May.
"I have decided to sell the Habersham property and invest the proceeds from that sale into the needs of the Catholic community," Gregory told The Associated Press after the meeting. He declined to take questions.

A group of Catholics in Gregory's diocese had asked since January that he sell off the more than 6,000-square-foot (560-square-meter) home in keeping with the tone of austerity set by Pope Francis. Elected last year, Francis said he wants a church for the poor, drives in an economy car and lives in a guestroom instead of a Vatican palace. He has denounced the "idolatry of money" and warned against "insidious worldliness" within the church. 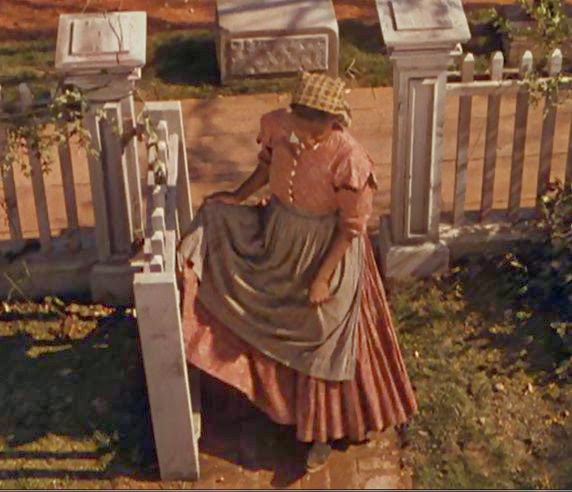 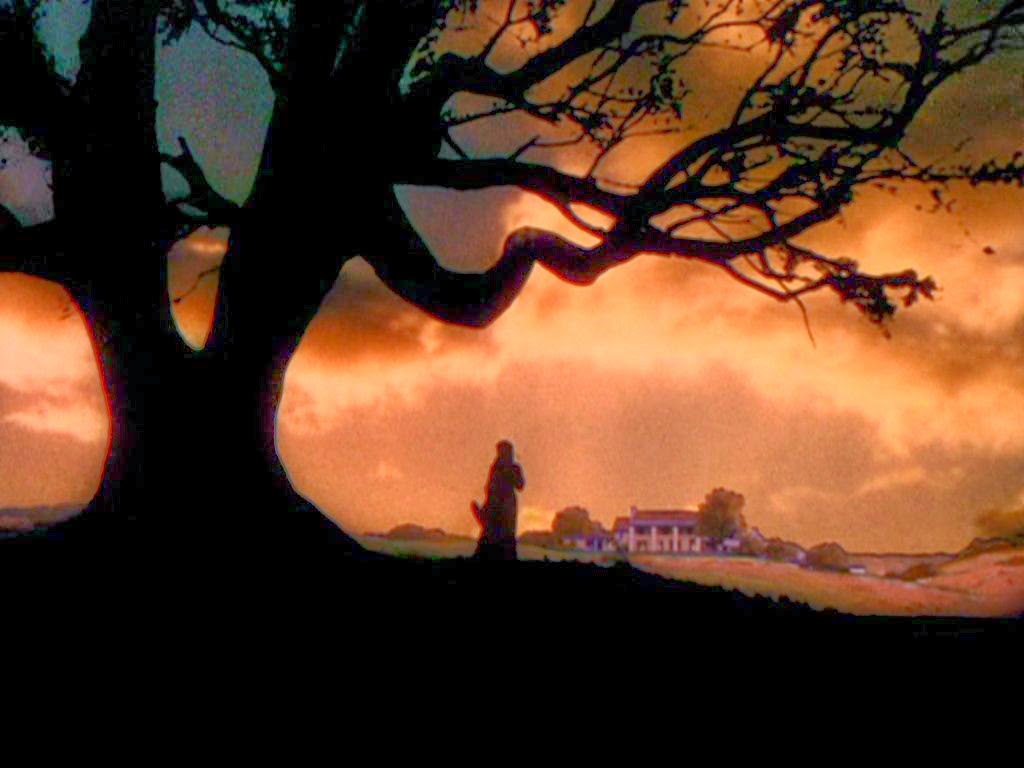 I don't have a complete picture of how bishops lived prior to the Second Vatican Council. I know in the northeast and Midwest, bishops lived in grand homes with full time staff. It was a sign to the Catholics of that time that an immigrant Church had made it in America.

The same is true of Saint Joseph Church in Macon. Begun in 1889 and completed in 1903 it was a statement to this Protestant community that the Catholic Church while small in Macon was grand in stature. The Jesuits who built this church made sure that the steeples would make the church look taller than the First Baptist Church  a stone's throw next to it but which was built on higher ground.

The parishioners of that time could hardly afford such a majestic building, yet from their meager earnings they built this church which remains an icon of Catholicism in middle Georgia.

What does it say to southerners in the birthplace of the novel and movie "Gone With the Wind" that an African American Archbishop who inherits an estate from the nephew of Margaret Mitchell who then spends $2.2 million of that estate for a 6000 square foot mansion in Atlanta's most exclusive neighborhood? There is some irony here with "Gone with the Wind" and money from that estate to build a new kind of Tara that Hatti McDaniel herself would have enjoyed owning.  Perhaps Augusta native Butterfly McQueen would have been thrilled with it too. Who would begrudge them?

I wonder too who complained the most about this mansion in the Atlanta community? Were they rich whites accustomed to high living or recently rich African Americans? Did poor African Americans criticize the Archbishop?

Times, they have changed in the southern Catholic Church. I can remember in my childhood parish of Saint Joseph Church on the wrong side of the tracks in Augusta, Georgia when in the early 1960's Fr. Nick Quinlan who had lived for a couple of years in a bedroom off of the sacristy of the small framed Church built in the 1950's and only recently moved into a modest small rectory built to house three priests also built a three car open air carport behind it.

My army Sargent father who was renting a home down the road from the Church for $60 a month for his wife and three children was outraged that Fr. Quinlan was building such an extravagant carport for his car. Our rental didn't have a carport or a paved driveway.  Today that carport has been torn down and a very, very nice ranch home rectory has been built there with a three car enclosed garage.

So I suspect my father would be turning in his grave if he isn't in heaven to hear of the Archbishop of Atlanta building a $2.2 million residence. But we do have to account for inflation!

Also I remember that in the early 1960's priests made very little. In fact when I was ordained in 1980 apart from room and board, we received a $200 a month stipend for personal use and savings and a $200 a month stipend for the purchase of our automobile and its upkeep to include gas, maintenance and insurance! We had Mass stipends too, maybe upwards to $1,000 a year.

Nuns and religious when they were required to wear habits and clerical clothing did not have a closet full of clothes either. Nuns had no more than two to three habits and that was it! I don't recommend looking in the closets of too many nuns. Apart from their garish tastes, one might be shocked at how much is in there. The same with priests.

I can remember going to a cocktail party for a Catholic hospital fundraiser where the sisters who once ran the hospital came in wearing evening gowns, heavy make-up and jewelry. Only oldsters like me were scandalized; no one else seem to care or to think that this was out of place for women religious vowed to poverty and chastity.

So is Pope Francis on the right track with his version of the "Reform of the Reform in Continuity with the Pre-Vatican II Church?" Should we go back to the simplicity of life for most rank and file clergy to include bishops as well as religious? Should we clean out our closets and downsize our wardrobes?

It's to bad that Catholics aren't as concerned that bishops teach the Catholic Faith in totality without compromise as they are about being jealous that a bishop live well.

All the liberal bishops and priests just love Francis' efforts to degrad the papacy, which they hate, that is why they promote him. And they still will hold him up but they aren't about to give up living a luxurious lifestyle. The Jesuits in particular. Being liberals they will just continue living the high life while ignoring calls for simplicity, but at the same time calling for a poor church. A liberal is a liberal is a liberal.

Father, does this mean you are going to sell your house? You could give the money to the poor. Remember to follow Pope Francis' example.

At St. Joseph, our rectory which is large is also our offices. We want to separate our offices from our living quarters, so we either spend less for a new residence in the neighborhood or we spend more to build a new office complex and keep the rectory elusively residential, thus on our landlocked property cluttering it with more buildings and obscuring a beautiful church in the process. What to do, what to do, what to do?

I think the Diocese should buy First Baptist, bulldoze it, and build a nice but modest rectory on that site using the brick from the razed edifice. You could get the Bishop to come and exorcise the lot and bless the bricks. On the roof of the new rectory should be a large bronze statue of Saint Michael with his sword drawn and looking righteously fierce. As a notice to the current tenants, an announcement should be nailed to the church door. The announcement should be entitled "Ninety-Five Feces" and should list 95 reasons for the purchase and destruction of the existing structure. I like it!

I think the archbishop was right to make this decision. The article refers to "parishioners", although the reaction against the mansion seems to have come from Catholics across the diocese.

I do not understand the trend towards moving parish offices away from rectories. It's just much more convenient having them connected. When parishioners drop by unannounced, it seems to me that it is preferable to meet with them in an office rather than in a parlor. Having the office just down the hallway makes this easy.

A priest really should be able to live happily with just enough belongings to fill his moderate-sized car when he moves.

For all of my young life, the parish priest or priests lived at the rectory. They also had an office there. Now, it seems that many must have their own condo or bachelor pad. I'm not sure why the change came about. I guess we could blame it on VII or Pope Francis or Obama.

I think one challenge for priests today is that parishioners expect priests to be available in the rectory all the time, while also expecting priests to be out visiting homes and hospitals, attending Catholic school sports events, etc.

There is also an expectation that priests will be perfectly attentive in conversation, even during unscheduled meetings. However, the reality is that priests, like everyone else, are sometimes distracted or in a bad mood. The result is that there are very many fallen-away Catholics who justify their apostasy by recalling "that day" when a priest was rude to them.

Somehow, priests need to feel free to be readily available, even if that means living next to the office, and parishioners need to understand that this level of availability means priests will sometimes not be in the best of moods. Otherwise, priests will keep moving away from their churches.