THE WANDERER HITS ONE OUT OF THE BALLPARK: CALLS IT AS IT IS! 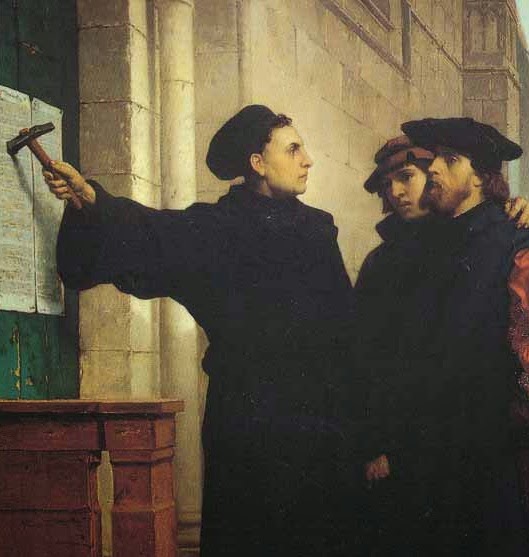 Now if The Wanderer is writing this, you know it has to be true! The Wanderer is far from a liberal, progressive rag, but has always been seen as the mirror image of the National Chismatic Reporter (NCR).

Haven't I been saying this about neo-traditionalists (really neo-Protestants calling themselves catholic) all along?

On this Quasimodo (Dominica in albis, Low, and Divine Mercy) Sunday, I am shocked at the pusillanimity of some of the so-called traditionalists in the Church. A great gift has been given to the whole of the Church with Saints John XXIII and John Paul II and yet, some traditionalists foment an attitude of ”hunkering down” and the “enduring” the authentic joy of the Church on this day. Likewise, other traditionalist types ask why Blessed Pius IX or Ven. Pius XII has not been canonized.

It is one thing to ask questions such as the latter which are legitimate; it is also legitimate to question whether politics or political correctness play a role in the canonization process, for they shouldn’t. But the means and manner in which one asks these things or expresses them — especially as directed toward the Church’s Supreme Authority — is also an important matter to consider, especially in this post-Christian age. I wonder if it ever occurs to these people that they are furthering the inauthentic imposed division between a so-called pre-Vatican II Church and a post-Vatican II Church.

Instead of thinking with the one Church or employing a hermeneutic of continuity, they perpetrate a divide that was crafted largely by liberals — and by liberals, I mean those genuine modernists infected with a fascination for novelty and largely driven by a desire to overturn traditional Catholic thinking, discipline, and  morality. Ultimately, along with the liberals, the — what I will call — “jihadi-traditionalists,” in their rhetorical expressions and lack of docility toward the Supreme Pastor, perpetuate a division in the Church and weaken the Church Militant.

These jihadi-traditionalist types seek an absolute spotless reality, a utopia that has never existed in the Church’s life throughout all the centuries. I suspect that they sometimes forget that we live in a vale of tears and imagine — somehow — that there was a time when Catholic discipline and belief were uniform with such military precision that the peasant and the prince never broke a fast, fell asleep at Mass, or slept with his neighbor. Au contraire. The Church has always been at war — even within her members. The Devil knows Scripture and Catholic doctrine better than we do and he seeks to undercut it by exaggeration or diminution by whatever means possible.

The jihadi-traditionalists give the impression of military discipline, yet they routinely disobey orders from the Supreme Commander. Instead of following the model of great heroes such as Cardinal Siri, Cardinal Mindszenty, Cardinal Oddi, Fr. Hardon, and countless other priests and laity in their obedience and fidelity to the Roman Church’s Supreme Pastor, they make themselves de facto judges of his decisions — an attitude St. Pius X condemned.

Theirs is a way of living in which they are never satisfied. In pursuing such a modus operandi the legitimate questions they ask are obscured by their tactics and their perpetual bombast. And, dare I say it, the latter are the breeding ground for a loss of faith in Christ and the forming of an anti-papal Christianity, which — in their case — becomes some bizarre sort of Catholic-looking Protestantism.

On the flip side, people who know me will verify that I am a curmudgeon of the first degree and that “rah rah Catholicism” is one of the things of the modern age that I find detestable. The proliferation of “hipster Catholicism” reduces the profundity of the message of Christ and the Church to an exercise in banality or flippancy. Modern popularizers of Catholic teachings who have the veneer of orthodoxy but tend toward being tremendous capitalists with cottage industries promoting their own personalities and making money off the Church are distasteful. Slick presentations of the faith count for far less than down-to-earth, getting one’s hands dirty with the job of day-to-day living and day-to-day devotion. In a way, their approach is similar to the jihadi-traditionalist. There seems to be a constant pusillanimity: pointing to oneself or a particular idea instead of pointing to the Lord and the constant teaching of the Church.

Indeed, saints are those who point to the Lord. The witness of John XXIII and John Paul II attest to this humble pointing to the Lord and the living out of the faith. Jihadi-traditionalists and hipster Catholics both trivialize the heroic sanctity of these wonderful men of the Church. The former tend to be armchair theologians who will sift any and every single word or breath of the former Pontiffs in order to trip them up, not satisfied with the duly appointed historical and theological experts of the Church (or even the judgment of Pope Benedict XVI); the latter, while praising the Popes, restrict themselves to the ephemeral.

Anyone who reads the diaries of John XXIII or the profundity of the defense of Catholic doctrine and morals by John Paul II must admit that these were two sinners who, by the grace of God, were elected to the Chair of Peter, and to the best of their abilities guided the Church amidst turbulent times. Likewise in their personal living, they strove for holiness and achieved it to a heroic degree under sometimes the direst of circumstances.

Now the Supreme Authority of the Church has declared that it has been proved to its satisfaction that their sanctity is worthy of the name saint and the veneration of the Catholic world.

People need not have to have devotion to these individuals, but they do need to have faith in Christ and the promise He made to His Church and be docile to an act of the Magisterium that is to be definitively held: that Pope St. John XXIII and Pope St. John Paul II are to be inserted alongside Pope St. Pius X and Pope St. Pius V in the catalogue of Pope-saints.

Saints John and John Paul, pray for us.
(And may Blessed Pius IX join their number soon!)
+    +    +
(Editor’s Note: John M. DeJak, an attorney, is the founding headmaster of Holy Spirit Academy in Monticello, Minn. He and his wife, Ann, are the proud parents of eight children.)
Posted by Fr. Allan J. McDonald at Wednesday, April 30, 2014

While I avoid applying the 19th century political terms "conservative" and "liberal" to ecclesial philosophies, I must admit that, "modernists infected with a fascination for novelty and largely driven by a desire to overturn traditional Catholic thinking, discipline, and morality" is a reasonable definition of an ecclesial liberal, if the term must be used.

While it is true that 'liberals' claim 'good Pope John' as one of their own (despite the evidence) and regarded JP II as a reactionary, some rad.trads seem to cordially dislike both of them.

What we now call Vatican II isn't Pope John's council which ended with his death. It is Pope Paul's council. Ironically, had he been elected in 1958 (he technically could have been, despite Pius XII denying him a red hat) there would in all probability have been no council at all.

The Wanderer is trash.

I can not follow the significance of the different color of text. Is one color more important than others? It distracts me when I read.

To draw your attention and highlight what I see as important.

FRAJM,
QN is quite correct. The article and commentary, as modified, is illegible.

I understand that. Just wondering is red more important than blue?

"While it is true that 'liberals' claim 'good Pope John' as one of their own (despite the evidence) and regarded JP II as a reactionary,"

Which is truly ironic. As shown clearly by the recent of NLM articles by Peter Kwasniewski on the writings of John XXIII, he was utterly traditional with regard to liturgy, ecclesiology, doctrine, and spirituality. Arguably considerably more than John Paul II. In particular, he was in particular a passionate over of the traditional Mass and its spiritual ethos.

Not only did the liberals hijack Vatican II, they committed highway robbery in fencing John XXIII as one of their own. For his intent in convening Vatican II was to send the triumphant Church of the 1950s out to conquer the world--in a true new pentecost, rather than the collapse at the hands of liberals that followed Paul VI's council--armed with the glories of traditional faith and liturgy.