These images are from Poland today in honor of Saint John Paul II's canonization! 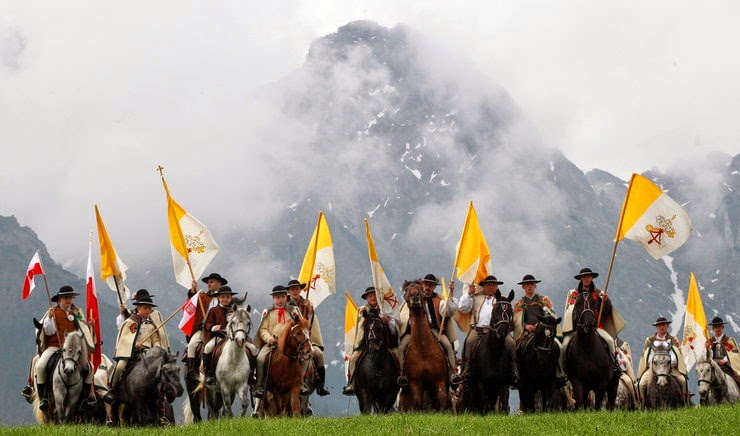 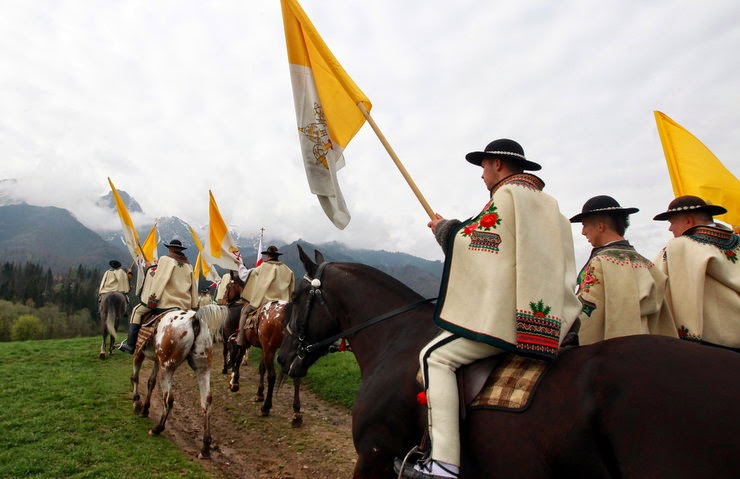 Other images from Poland today: 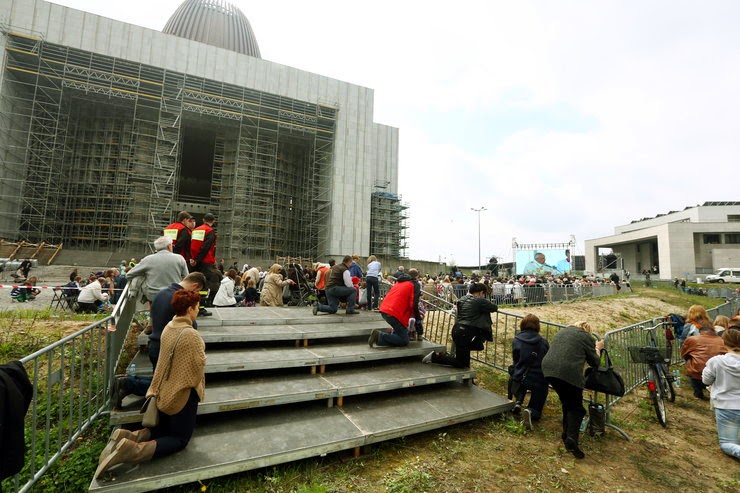 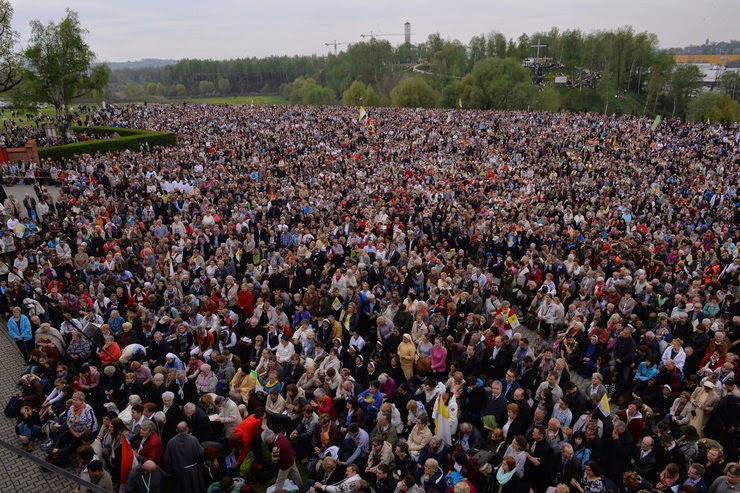 This morning I heard Mass in the EF and got the feeling that something was missing. It was the first reading, which in the OF during the Easter Season is of course from Acts. I am not an uncritical admirer of the OF Lectionary and in many ways prefer the traditional cycle, but in this case I think it enriches the liturgy.

Perhaps it is because after 40 years I am accustomed to hearing this important part of the NT on the Sundays after Easter. I don't think I'm developing liberal tendencies and won't be abandoning the Liber Usualis and Graduale Triplex and learning the guitar - but, still, credit where due.

Canonization Mass - liturgically and musically OK. I didn't like the minimalist vestments though; the gold damask gothic set made for Paul VI after the Council (if you look closely you can make out his coat-of-arms in the weave) would have been more dignified than the sea of white polyester on display this morning. Noble simplicity is one thing, cheap and nasty is another.