WHY IS THERE SUCH POLARIZATION IN THE CHURCH AND THE LOSS OF CATHOLIC IDENTITY LEADING TO WHAT HAS HAPPENED IN CHILE AND ALMOST EVERY CATHOLIC COUNTRY IN THE WORLD? LOOK NO FURTHER THAN UNBRIDLED CHANGE BROUGHT ON BY VATICAN II 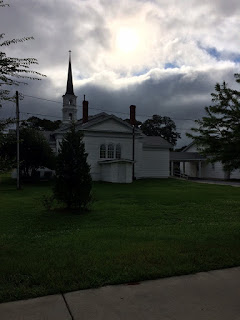 An article at Crux which you can read in full HERE hits the nail on the head as to what has happened to the Catholic Church in the last 50 years:

A recent poll shows that Chile is the country in Latin America where the pope has the lowest approval ratings, at only only 53 percent, well below the regional average of 68. In addition, only 36 percent of Chileans trust the Catholic Church as an institution.

The same poll, by Santiago-based think tank Latinobarometro, showed that the number of Chileans calling themselves Catholic fell to 45 percent last year, from 74 percent in 1995.
That loss of credibility has several roots, but speaking with Crux, sources identified two as the main ones: the Church’s response to cases of clerical sexual abuse, and growing secularization.
Compare the Crux quote to the ostrich head in the sand approach at Praytell which you can read in full HERE:

As we gathered today around Word and Table to keep the Lord’s Day, many of us will have noticed, as we increasingly do, that the congregation was small and the church rather empty. And those who did come were largely over 50 or 60 years old. Yes, some younger people, and some parents with children, but not a lot. High schoolers? Young adults? Hardly.
It’s shocking. And depressing. And fear-inducing. Where will we be in 10 years if this continues?
Then we regularly see headlines such as
and so forth, and on and on.
Where’s the hope? Where’s the joy? Where’s the reason to trust in God’s providence?
The place to start, I believe, is not with reassuring Happy-Talk, but with sadness.
It hurts to see so much decline and decay. It’s painful to contrast the present with our memories of 10 or 25 or 50 ago. There is even bitterness. (When one diocese called its plan “Making All Things New,” I heard of someone calling it “Making All Things Disappear.”) We want to lament in the words of Psalm 42:5, “How I would lead the rejoicing crowd into the house of God, amid cries of gladness and thanksgiving, the throng wild with joy.” The crowds are gone now, the throngs are a distant memory.

My comments: I don't know how bishops would have handled the sex abuse scandal in the information and tell all age without the ethos of arrogance, triumphalism and the belief that the Church in the name of Christ could forgive, heal and RESTORE broken clergy guilty of the most egregious forms of abuse. Somehow though, I don't think pre-Vatican II bishops put that much stock in what psychiatrists and therapy could accomplish. So maybe if there had not been the triumphalism of Vatican II's mentality or at least its spirit, we'd be in the same boat today as it concerns the loss of the Church's moral authority and the disgust which rank and file Catholics hold toward bishops and clergy in this regard. But I don't think there would have been the loss of priestly identity if not for Vatican II's confusion and triumphalism.

My second point jumps from the Mass at St. Peter's for migrants, basically a 1960's folk Mass that was multi-lingual. From a performance point of view the music was well rehearsed and executed except for the singers with their "hip" current look--torn jeans and contrived saccharine  look as they sang.

But the music--what in the name of God and all that is holy does it have to do with Catholic Tradition or tradition and at St. Peter's which should guard the worship of the Church as much as is humanly possible? And the Propers were not even chanted as is normally done at the Vatican and the principles of translation were not followed in the horrible repetitive Sanctus which was rather childish.

Could you imagine the Fathers of Vatican II in a Rip Van Winkle fashion awakening to this Mass, what there thoughts would have been? Just look at the faces of the Eastern Rite Bishops present for this Mass and you would get a sense.

Loss of Catholic identity because of Vatican II's polarizing changes, similar to the polarization we see again as a result of the current papacy's unprecedented changes to moral theology and the eligibility to receive the Sacraments.
Posted by Fr. Allan J. McDonald at Monday, January 15, 2018

The Holy Father is hell bent on repeating the mistakes of the past in the hope that he, in his hubris and arrogance, can engineer a different result. I'm going to step back from further commenting because I believe I'm perilously close to sin here but this Pope is not good...there is an evil here that we are seeing take the form of a wolf in sheep's clothing.

“As we gathered today around Word and Table to keep the Lord’s Day, many of us will have noticed, as we increasingly do, that the congregation was small and the church rather empty. And those who did come were largely over 50 or 60 years old.”

When I counted heads as an usher at yesterday’s TLM and noted that our attendance is up by 50% in the past year or so, I was struck by the preponderance of children and young folks, probably lowering the median age into the twenties, despite the presence of a handful of flu-susceptible old folks like me, maybe wondering how germ-infested the numerous babies and small children were.

“Could you imagine the Fathers of Vatican II in a Rip Van Winkle fashion awakening to this Mass, what there thoughts would have been?”

In all seriousness . . . They likely would not recognized it as a real Catholic Mass. And hence might not given it any deep thought. No Catholic of old could see such a travesty as Catholic worship. Though modern Catholics have been lulled into seeing such semantic features as the Ordinary (Gloria, Credo, etc), consecration, and the Lord’s prayer as elements of continuity with the Catholicism of old, various Protestant denominations have these also, usually in a context of greater dignity and reverence than the typical vernacular Catholic Mass.

“It’s vernacular Mass facing the people that drove them away.”
“The crisis of the church is at root a crisis of liturgy.”
"Yeah right. Longing for a forever-gone past is so often a coping strategy of staying in one’s head, or perhaps in one’s anger, in order to avoid sadness. But it comes at a costly price. It prevents us from moving forward."

Sorry Fr Ruff, but the TLM is the future, the forward, the replacement of that time dated Novus Ordo, dated for the WWII generation and those baby boomers that were influenced/conned by them.

My FSSP mission is growing and growing, yes with plenty of young people, and it will continue to grow as more people discover it. I had always assumed people went there because of the liturgy, so I started asking recently those that I know there why they go there. Certainly the liturgy, its awesome beauty, its Latin, its chant. But yesterday I got an interesting response: that the laity are not involved in the governing of the parish, which would be nothing but trouble as seen elsewhere...

"But yesterday I got an interesting response: that the laity are not involved in the governing of the parish"

One of the advantages of traditional liturgy is there's no "governing" to be done. At the last Novus Ordo liturgy committee meeting I heard about--to plan the parish liturgy for Advent--the chairman opened with the question "What shall we take as our theme for the liturgy this Advent? None of the committee suggestions referenced either the first or the second coming of Christ. A couple of members suggested environmental themes.

'As we gathered today around Word and Table ...'

That says it all. I actually attended the Holy Sacrifice of the Mass.

I don't want to repeat the excellent comments provided by Tom Makin, Henry and Victor other than to say that I agree totally.

At such point that this era mercifully ends and, the Church decides to provide an authentic Catholic experience again, perhaps things will change. Increasingly, I too am convinced that the TLM is the true future of the Church that will be left to rebuild and re-evangelize after the Novus Ordo has finished creating its path of distruction.

Seems to me now there are two Catholic Churches in Rome each with its own unique Pope.
I say a plague on both for causing such confusion.
A council is required to sort out the horror.