CORRECT ME IF I AM WRONG! 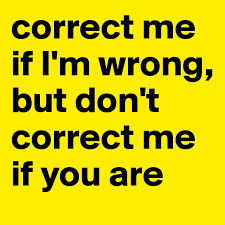 In a previous post which I copied from The Vatican Insider, Stephen Walford writes the following:

Pope Francis was asked directly in April 2016 the question: has sacramental discipline changed for the divorced and remarried? And his answer was yes. Since then, he has given the Church a document (the Buenos Aries guidelines) which obviously represents for him the way a discernment process should work for those not only who feel their first marriage was invalid but cannot prove it, but also those who for other reasons cannot live as brother and sister but who hope to reach that point through the grace of God, and an application of the law of gradualness.

This is my problem as a priest and pastor with what is written above about Pope Francis. I have not heard His Holiness or anyone else supporting the conclusion above telling us that this is a clarification of the so-called Internal Forum. If they would say this, it would help me personally.

My understanding of the Internal Forum as I was taught it in the 1970's and I believe our late Bishop Raymond Lessard clarified in the 1980's is the following:

1. No one has recourse to the internal forum until the external forum is exhausted and no decision can be rendered because of a technicality, meaning there isn't proof or evidence for the Church's tribunal to render a decision of nullity concerning a presumed sacramental marriage.  I have not heard Pope Francis or those who support the Buenos Aries Guidelines adding this codicil.

2. Once the external forum is exhausted and is a standstill because of technicalities, a priest could discern with a person in an irregular civil union that in good faith he or she has pursued the annulment procedure, believes their presumed sacramental marriage to be null and void based upon Church teaching concerning validity but can't prove it because of a lack of witnesses that the priest can give an internal solution to allow the person to receive absolution and return to Holy Communion based upon the decision of conscience the penitent has discerned with the priest.

3. If the internal forum is used, the priest may not blessed or convalidate the illicit civil union and the penitent should avoid giving scandal when he or she returns to receiving Holy Communion based upon an internal solution. This means they might have to go to another parish to receive.

But the issue of greatest concern and it is here that there is an outcry from orthodox Catholics is the following thing that Walford writes of Pope Francis:  but also those who for other reasons cannot live as brother and sister but who hope to reach that point through the grace of God, and an application of the law of gradualness.

This statement implies that one knows one is committing mortal sin but that Holy Communion is some kind of magic amulet that will bring God's grace to one who refuses to give up sex in their illict civil union--no need to even bother with an annulment procedure.

Doesn't this then undermine the Church system of annulments?

"2. Once the external forum is exhausted and is a standstill because of technicalities, a priest could discern with a person in an irregular civil union that in good faith he or she has pursued the annulment procedure, believes their presumed sacramental marriage to be null and void based upon Church teaching concerning validity but can't prove it because of a lack of witnesses that the priest can give an internal solution to allow the person to receive absolution and return to Holy Communion based upon the decision of conscience the penitent has discerned with the priest."

For a Catholic whose first marriage was contracted according to the canonical form of the Catholic Church, if he/she enters a subsequent union outside the canonical form, it is still not possible for that person to receive Holy Communion or absolution while retaining a conjugal relationship in that second union, as the validity/nonvalidity of the first marriage does not alter the nonvalidity of the second marriage.

The second marriage was not "in the Church," as we say; therefore, it is invalid, even if the first marriage were also invalid.

Hence, there can be no marital acts between such a Catholic and the purported second spouse. The two people are not married to each other.

DJR, I think in this area as I have described it, is where personal conscience, properly formed trumps canon law. The Catholic Church's requirement that a wedding take place before a Catholic bishop, priest or deacon can be dispensed and it is for baptized Protestants. Their first marriages are considered sacraments as we understand the Sacrament of Holy Matrimony. In fact for them even common law marriage is considered a sacrament once the state recognizes it as legal.

So one does have to rely upon a properly formed conscience in some situations. I had a parishioner many years ago who was forced by her parents to married a boy who had impregnated her. After the shot-gun wedding they did not consummate the marriage as the 17 year old had joined the army and went to boot camp. She never saw him again and now she is in her 60's. As a Protestant she had another marriage, but in the eyes of the Church that second marriage is invalid on a technicality--she didn't get a Catholic annulment because she isn't Catholic nor her second spouse. Now that she is a Catholic there was no way to get an annulment for the first marriage as she doesn't know where he is, if he is alive or even if he would cooperate with an full blown case. So sometimes an internal solution based upon the conscience of a person is necessary.

Fr. Allan J. McDonald said... "DJR, I think in this area as I have described it, is where personal conscience, properly formed trumps canon law."

Father, obviously there is information missing from the scenario you related.

At the end of your scenario, you stated, "So sometimes an internal solution based upon the conscience of a person is necessary."

So, that begs the question.

In the eyes of the Catholic Church, is the woman validly married to the purported second spouse?

If you say yes, please explain how that is possible.

If your answer is, yes, she is validly married, then basically what you're stating is that a person is permitted to self-annul a prior marriage.

If your answer is, no, she is not married, then you would be advocating sacrilege.

It does not seem to be a stretch to estimate that a huge proportion of people do not have a serious understanding of marriage until they want to end it. It is that small proportion of people who want to have an honest marriage after confessing that they entered a previous marriage dishonestly that are the concern. There is also an unfortunately large group that had no true idea of the seriousness of their first marriage who finally comprehend it and desire to set things right. Unfortunately, there are people who want to enter communion who will use the internal forum as an excuse to bypass the guidance of their priests and bishops. This seems to be much more severe than the broken marriage especially when ostensibly approved by the clergy.

DJR, this person has become a Catholic and because of a technicality, a civil marriage at the age of 17 forced upon this person at the time--the Catholic Church presumes it is a valid sacramental marriage--after the wedding, that very day, the spouse left for the army, did not consumate the marriage and has not been seen in over 40 years. Yet the Church requires a formal case for this.

No witnesses are available to prove the non consummation and neither is the ex-spouse--technicalities no? Certainly an annulment could be gained if there were witnesses.

The internal forum is precisely that--a private pastoral decision that the penitent must initiate and understand that it is a decision of conscience in consultation with their priest that leads them back to Holy Communion. No priest is allowed to convalidate the second marriage. The presumption in Canon Law is that the first marriage is still valid--but this presumption is based upon a technicality that cannot overturn the presumption.

Thus, you approach this was a canonical point of view. But when that is exhausted because of a technicality, the Church allows for a decision of conscience. Thus the person making the decision, not the priest who is guiding that person, is responsible before God for that decision at their personal judgement, where God will be the final tribunal and make clear what wasn't in this life. In the meantime, the one who makes the decision of conscience places her or his life into the hands of God.

Please do some research on the role of a properly formed conscience in moral decisions of this sort.

RCG--the thing that isn't being emphasized, in terms of the internal forum, is that one has gone through the public or external forum of an actual annulment. Sometimes the evidence in an annulment procedure shows that the person's first marriage is valid. When this is the case, prior to Pope Francis, there would be no recourse to the internal forum--because the annulment procedure showed beyond a shadow of a doubt that the first marriage remains as the sacramental marriage. It is here that Pope Francis has opened the can of worms and confusion in allowing people in a second marriage to gradually work toward no sex in that marriage and still receive Holy Communion, if that is their intent to eventually not have sex. This seems ludicrous to me that anyone enjoying sex in a illicit union looking forward to the day they could live as brother and sister--it is nonsense of course.

But the internal forum is only for those whose annulment cannot be completed to either a yes or no decision based on the technicalities I have already written about.

People in most marriages are working towards 'no sex', a result which will come sooner than they think.

Fr. Allan J. McDonald said... DJR, this person has become a Catholic... No witnesses are available to prove the non consummation...

There is still information missing from your story.

First. How can a validly baptized Protestant in a second marriage enter the Church without first receiving an annulment? That's not possible.

Second. No witnesses are available to prove the non-consummation?

How can "witnesses" prove that there was non-consummation of a marriage?

Third. You never answered the one question that needs to be answered before all else:

In the eyes of the Catholic Church (and therefore in the eyes of Almighty God), is the woman married to the second purported spouse?

If the answer is no, that ends the discussion.

How can you, as a priest, allow an unmarried person who is engaging in conjugal acts to receive Holy Communion?

The question has nothing to do with canon law; it has to do with the 10 commandments.

What you're basically saying is that there is a subset of Catholics who are allowed to self annul their own marriages.

You're saying that there is a subset of Catholics who are allowed to engage in sexual acts with other people even though they are not married to those other people, and said Catholics can receive Holy Communion.

That's what you're basically stating.