I WISH POPES WOULD SAY WHAT THEY REALLY MEAN AND NOT BEAT AROUND THE BUSH! 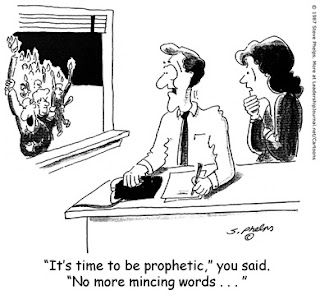 I read another infamous blog the following:

The condemnation of Jansenism by Pope Clementcan be found here. This is what the Holy Father says about all 101 points of the Jansenist:

Then I read this at Crux this morning. The same thing, beating around the bush rather than say what the person actually thinks. Why do people mince their words in this way? It is about the lay founder of a lay religious group in Peru:

Written by two Americans and an Irish expert in abuse, the report defines Figari as a charismatic intellectual, who was “narcissistic, paranoid, demeaning, vulgar, vindictive, manipulative, racist, sexist, elitist and obsessed with sexual issues and the sexual orientation of SCV members.”