JUST HOW EARLY CAN ASH WEDNESDAY BE? 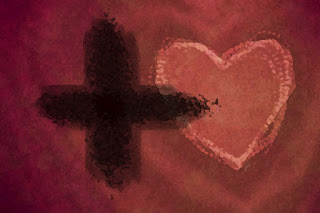 Unfortunately we no longer have an Epiphany Season in the Ordinary Form but, thanks be to God, it continues in the Extraordinary Form concluding on February 2, Ground Hog Day, aka, the Purification of the BVM.

But how early can Ash Wednesday occur? Clue: it can never be on February 2 or before.

This is fascinating and from the New Liturgical Movement:

It is true that Septuagesima can arrive before the Purification; its earliest possible date (which has not occurred since 1818, and will not occur again until 2285) is January 18th. It is also true that when this happens, the series of Gospels after Epiphany is interrupted; this year, for example, Septuagesima falls on January 28th, and therefore, the Gospels of the Fourth, Fifth and Sixth Sundays after Epiphany will be read at the end of the liturgical year. These facts are, however, irrelevant to the original arrangement of the season after Epiphany, in which the first four Gospels continue the theme of that feast, an arrangement which predates the institution of Septuagesima. All of which is to say, the underlying theme of the Christmas season, the revelation of God’s salvation in the Incarnation of His Son, breaks off liturgically with the Purification, and not before.

We should also take note here of a much more significant fact about the arrangement of the liturgical year. The earliest possible date for Ash Wednesday is February 4th; there will therefore always be an interval of at least one day between the closure of the Christmas cycle on February 2nd, and the beginning of Lent.

The only fly in the ointment of me looking forward to 2285 is that Pope Francis might fix the date of Easter 🐣 and destroy my wait!
Posted by Fr. Allan J. McDonald at Saturday, January 13, 2018

February 4th??? RATS! That means my birthday can be in Lent!

Historically, is Groundhog day a Protestant assault on Candlemas?

The Holy See, fifty years ago, had no objection to a 'fixed' date for Easter, say the second Sunday in April. Since the present dating system no longer coincides with either the Jewish Passover or the eastern Easter, this would be a sensible reform.

We don't have groundhogs over here, but snowdrops were traditionally (and charmingly) referred to as 'Candlemas bells'.

Agreed. Had they fixed the date of Easter and left the Roman Order of Mass alone, we'd be better off today.

Thumbs down to those colorless kiljoys who would fix the date of Easter. What would be left of the wonderfully variegated character of our Church calendar? (Now that octaves and vigils of principal feasts are gone, for instance.) In the "you gotta love it" category:

CAN PRE-LENT BEGIN BEFORE THE CHRISTMAS SEASON ENDS?
Yes. It happens this year with Septuagesima Sunday being January 28, whereas on the traditional liturgical calendar the last day of the Christmas season is February 2, the feast of the Purification of the BVM (Candlemas).

This is not so unusual—in 2008, Septuagesima Sunday was over a week earlier this year, on January 20. The last previous time Septuagesima occurred this early was January 19, 1913, over a century ago. And the next time it will happen will be next century--January 20, 2160.

The very earliest date on which Septuagesima Sunday can occur is a couple of days earlier—on January 18. But this is exceedingly rare; the last time it occurred was in 1818, two centuries ago. And the next time it will occur on January 18 will be in 2285, century after next.

It's interesting (and bizarre) to me that some here see no problem with the pope changing the date of Easter, something that has been settled since the first ecumenical council, while suggesting that the pope cannot change the order of the Roman mass.