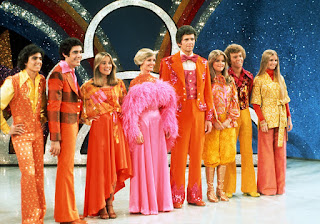 Pastoral theology, which began to be taught in seminaries of the 1970's, is like limbo--it is a theology and has less clout than the longer standing theology of limbo. Neither are doctrines or dogmas.

However, it seems clear now that limbo will never develop into an actual recognized doctrine let alone dogma.

I am not sure about pastoral theology under Pope Francis. It seems to be cascading toward an actual doctrine or dogma such as those who have tried to dogmatize the Pastoral Second Vatican Council. I thought in the 1970's that the Church of the future would have same sex marriage, married clergy, female or male or whatever gender is available today and that the Mass would be as creative as the congregation that developed it just as long as the structure of the Mass resemble something of the past.

Thus I was taught in the seminary to be sensitive to the broken, maligned and those on the margins of society (read today the periphery). Priests were to be social workers changing laws and going to the heart of what is wrong with society and the Church. We were to be innovative and creative in theologizing and dogmatizing.  I was to help those in irregular moral situation to feel good about themselves, council couples, gay or straight who were having relationship problems and show the kind face of  Holy Mother Church to the broken and sinful without making them feel guilty as the bad old pre-Vatican II Church did.

When I was ordained in 1980 I felt it was my duty to prepare  those under my pastoral care for the day that we would have married clergy, be they male or female to include bishops and one day the pope and all the other things I thought my theology professors knew would happen and infallibly predicted for the Church of the future.

And God forbid that anyone in the Church actually still believed the Baltimore Catechism because that was as outdated as fondue is today (although I hear it is making a come-back too!).

"If there is no God, then all is permitted." "The Grand Inquisitor," Dostoevsky

A large percentage of theologians, Cardinals, Bishops, and Priests do not believe in God, at least not the God of Holy Scripture. They see this world as all there is, and Jesus' bones are still mouldering in some grave somewhere in the Middle East. So, we'd better get about being nice and letting people do whatever they want...as long as "it doesn't hurt anybody."

"And someone said to Him, “Lord, are there just a few who are being saved?” And He said to them, “Strive to enter through the narrow door; for many, I tell you, will seek to enter and will not be able. “Once the head of the house gets up and shuts the door, and you begin to stand outside and knock on the door, saying, ‘Lord, open up to us!’ then He will answer and say to you, ‘I do not know where you are from.’ “Then you will begin to say, ‘We ate and drank in Your presence, and You taught in our streets’; and He will say, ‘I tell you, I do not know where you are from; DEPART FROM ME, ALL YOU EVILDOERS.’ “In that place there will be weeping and gnashing of teeth when you see Abraham and Isaac and Jacob and all the prophets in the kingdom of God, but yourselves being thrown out." Luke 13:23-28

"Do not listen to the words of the prophets who prophesy to you...
They speak a vision of their own heart,
Not from the mouth of the Lord.
They continually say to those who despise Me,
‘The Lord has said, 'You shall have peace’;
And to everyone who walks according to the dictates of his own heart, they say,
‘No evil shall come upon you.’” Jeremiah 23:16-17

"I thought my theology professors knew would happen and infallibly predicted for the Church of the future."

Was it because the seminarians of that era were the intellectual dregs, that they believed this stuff? Mature laymen heard all the same stuff, but recognized it as rubbish.