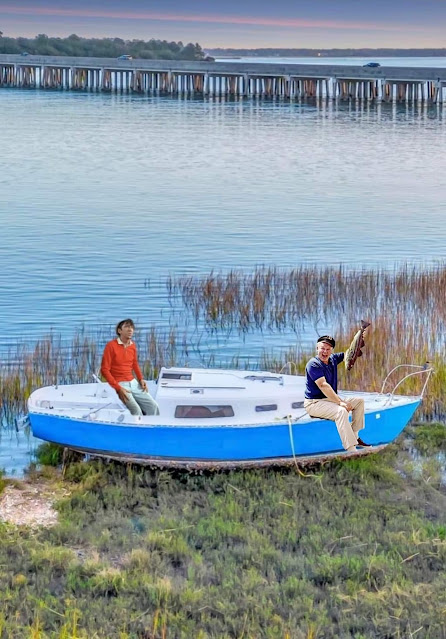 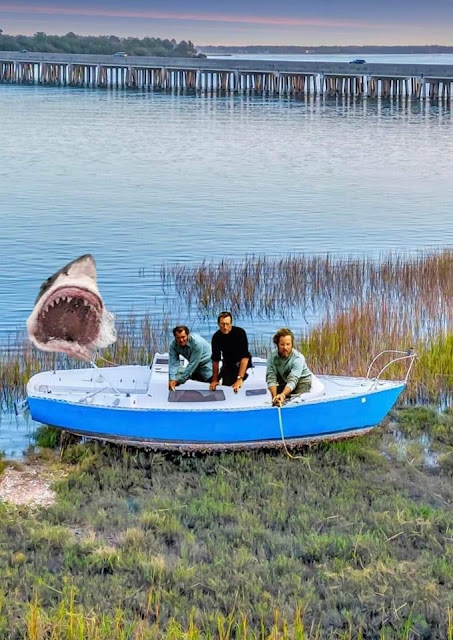 Bob Denver, and Alan Hale Jr., always made me laugh when they appeared on Gilligan's Island.

Bob Denver was a great slapstick comedian. Alan Hale Jr. was skilled as well at slapstick.

By the way, I watched Gilligan's Island mainly for its cerebral, intellectual, and very sophisticated comedy.

To me, cerebral, intellectual, and very sophisticated comedy is a guy falling out of a hammock...or Curly spinning on the floor.

Here is an interesting article about Bob Denver that appears on Mark Evanier's amazing blog.

Mark Evanier seems to have known, worked with, or met, everybody in the history of show business. He is amazing.

He has been a comedy writer...Welcome Back Kotter...cartoon and comic book writer (Garfield and Friends)...for 52 years...since about 1970, when he was 18-years.

His memory is incredible. He has posted on his blog many interesting stories about TV shows that he had watched as a boy/teenager during the 1950s and 1960s.

He also has posted tons of fun videos from how potato chips are made...to great slight-of-hand magic...to his friend, and great juggler/magician, Charlie Frye...on and on.

If you need a break from negativity, then check out Mark Evanier's NewsFromme blog.

You may wish to begin here: https://www.newsfromme.com/?s=charlie+frye

Then select any of the amazing videos that feature his friend, the great Charlie Frye...juggler/magician.

People on HH have a lot of time on their hands. 😂

Wow, Mark...and there I was mainly wondering why a mastless/keeless small sailboat aground in salt marsh. My guess would have been they put out 4ft of mooring line when a storm supplied 8ft of tide.

RCG, how would you like to be a retired priest in that diocese, and all of your former parishoners knowing you had a condo at the beach? "Hi, Father, we were in the neighborhood and thought we'd stop in and say hello. We'll let the kids run down to the beach to cut down on interruptions, and we won't stay past Sunday."

@Bob you have spoiled my plan. 😉

Bob Said...Wow, Mark...and there I was mainly wondering why a mastless/keeless small sailboat aground in salt marsh. My guess would have been they put out 4ft of mooring line when a storm supplied 8ft of tide."

Thanks to my having watched too much television during the 1960s, I was able to spot Gilligan, and the Skipper, in an instant.

But my television viewing wasn't all a waste of time as I had also watched a ton of Davey & Goliath.

Therefore, thanks to the funding that Davey & Goliath had received from the United Lutheran Church in America, I enjoyed a solid Protestant cartoonish religious education of sorts.

No wonder I'm on board with NewChurch.

RCG...don't give up the ship! The more the merrier! We'll schedule a weekend and get everybody from Augusta and Macon and Savannah to show up, I recommend twice a year during Christmas and Easter when we all have some free time. I will even bring my world's most annoying and destructive cat along with my world's dumbest labrador retriever (which is really saying something). If everybody brings a bottle of scotch and a 6 pack of beer, Father will never notice us, him being unconscious and all. We can even take up a collection and leave it on the kitchen counter and him wonder where the money came from and why are his drapes missing and why is the couch out at the pool.

Mark, I still vividly recall commercials from my childhood, and those were far more innocent times, compared to the raunch blasting people's minds today. This is why I quit it decades ago.

If you stay away for a while, and then see modern hi-def, you will be struck by how much the modern talking heads are made up exactly the same as a corpse in a coffin.

As for tv and new-Church, I recommend a thorough deprogramming.

As for the new-Church, I recall a New Yorker cartoon from 50-60 years back where an advertising guy was in front of a display showing NEW SPARKLE POWDER and him answering a question from the board of directors, "What's new about it?! The NEW is what's new about it!"

Bob said..."As for the new-Church, I recall a New Yorker cartoon from 50-60 years back where an advertising guy was in front of a display showing NEW SPARKLE POWDER and him answering a question from the board of directors, "What's new about it?! The NEW is what's new about it!"

Bob said..."Mark, I still vividly recall commercials from my childhood..."

Bob, the 1960s cigarette TV commercials are vivid to me...through the music (such as the Marlboro commercials that used the Magnificence 7 theme song)) and slogans: "Winston takes good like a cigarette should", and use of famous athletes.

Mark, I honestly try not to imagine tv at all, and past half a dozen Catholic news sites (generally sharing same lame articles amongst themselves), the NWS site for weather, and checking two national news sites (CNN and Fox for equal opportunity disgust at lack of subject knowledge, lack of in-depth stories, and near total lack of knowledge of English combined with knee-jerk political lackeyism), and this blog (for my daily dose of which rite will fix everything argument), really have not much use for the internet, either. All pretty much a waste of a perfectly good life.

As for wasting time on the internet, if any of you have missed your regular daily dose of Middle Ages Breton canticles, here's your chance to get caught up...

Bob, except for about 10 minutes of a football game, it has been about six years since I had last switched on a television set.

For anyone curious as to the Breton, the song title will yield a Wiki article, in Breton, of course.
Breton is one of the Celtic derived cultures, folk on the other side of the Channel would know him as Saint Yves.