ROBERT MICKENS QUESTIONS POPE FRANCIS’ MENTAL ACUITY BUT IS IT ONLY RECENT OR HAS THERE BEEN A DISORDER OF SOME KIND SINCE THE PAPACY BEGAN? 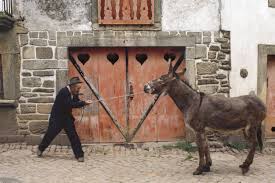 I will not pretend to be a doctor who can diagnose  the Holy Father’s poor judgement which might be based upon a mental disorder of some kind or is it an ideological disorder?

I do worry, though, that as the mental acuity issues continue and magnify, that others, all the wrong people, will step into the vacuum and continue the course of disorders present in the Church and a hostile takeover of the Church by ideologues of the left wing, both political and religious.

But in terms of a lack of clear thinking from Pope Francis, we know that the orthodox cardinals, bishops, clergy and laity have decried from the beginning of this papacy that much of what the pope says and writes is incoherent and confusing to both the academically oriented and bread and butter Catholics.

Perhaps if there is a mental acuity issue of some kind, the next pope can declare that to have been the case and wipe the slate clean in terms of previous papacy’s  initiatives. Who knows?

But here is another issue concerning Pope Francis and this one is reported by the National Catholic Reporter, which has raised the alarms before and today on Russia and China and Pope Francis’ stubborn choice to continue on a path of dialogue, dialogue with the devil, if you will, that is creating suffering for so many in China and Russia and the Ukraine:

It is both. He has been a 1970s ideologue since his elevation to the papacy and now he is having age related cognitive decline. Good thing he surrounds himself with goons, homosexualists and corporate yes-men.