AS A RECOVERING ULTRA MONTANE CATHOLIC, I APPRECIATE APOLOGETICS WHEN IT COMES TO POPES BUT NOW MY MORE NUANCED RESPECT FOR THE PAPACY ALSO ALLOWS FOR HEALTHY CRITIQUE OF POPES AND EVEN ECUMENICAL COUNCILS… 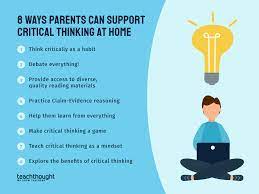 Only God is God, popes, the Church, ecumenical councils and theology aren’t God but can become gods.

I agree with every thing that Bishop John Stowe said in a speech he gave for Pax Christi in Rome. However, as a critique or using critical thinking, I wish he would also show a bit more critical thinking when gushing about what we can do, be it a pope, bishop or laity. Critical thinking helps to avoid “clericalism” which even laity can be, but also to avoid abuse of every kind that gods can and do carry out.

No one is above critique, except God of course. But gods, they need our critical thinking. Critical thinking can neutralize the potential for spiritual, physical, sexual and moral abuse. It can condition clericalism, which basically places gods on the same level as God.

Here is Bishop Stowe’s full article that is good, but needs critique:

Here is the money byte of Bishop Stow with my critique of up below it:

Setting aside the liturgical battles, the "letter vs. the spirit" and the resourcement and aggiornamento interpretations, Catholics across the globe have become more familiar with the word of God in sacred Scripture, have cherished "full, conscious and active participation" in the liturgy, have slowly recognized a need to be evangelizers, have appreciated the importance of a well-formed conscience, have engaged in deep dialogue with fellow Christians and other religious traditions, have rediscovered baptism as the foundational sacrament and enjoyed many other gifts that resulted from the council.

Each of these developments, from the restoration of the ancient kiss of peace in the Mass to elevated role of the laity, can be a doorway to renewing the priority of working for peace in the mission of the church.

My comments: What the good bishop writes is good and I accept it. But he does not acknowledge what has happened since Vatican II and the chaos of its aftermath which itself created grave polarization in the Church, a huge segment who wanted to moderate change in the Church to keep the Church in continuity with what preceded; a smaller group that wanted no changes whatsoever and a much larger group that wanted everything to change so that we would have a different Church without defined doctrines and dogmas.

Pope Francis has reignited this polarization in a way not seen since about 1968. That deserves critique!

And the other thing that deserves critique is gushing about a theology of liturgical renewal and what has happened in the last 60 years liturgically. Today in many places, especially the northeast and in Europe, less that 10% of Catholics attend Mass and are active in the Church. That has implications for evangelization. You can gush all you want over liturgical reform and in theory how great that is. But when even the 10% who attend Mass you have more than half of them not believing in the real presence or the Mass as Sacrifice, that needs critique!

Sorry to say this but Stowe is another "wolf in sheep's clothing". This speech, though nice on the surface, masks the "man behind the green curtain". Stowe is of the same ilk as Jimmy Martin and should be regarded very skeptically. He is ultra-ambitious and sees an opportunity to ride the wave right into Rome and a possible "red hat". I have been watching and listening from afar. I have some knowledge from inside the Lexington diocese. I don't have all the pieces of the puzzle but enough to say be careful here.

The bishop is doing what used to be called "whistling past the graveyard" but is now known as "gaslighting". There is no evidence that anything he claims (in the excerpted quote) is true and large amounts of empirical evidence that Catholics are abandoning Mass attendance and belief in the real presence in huge numbers. The man is simply auditioning for favor with the rest of the lavender mafia.

He and his ilk have a very lame idea of "full, active, conscious participation" in line with their own non-existent spiritual life....to him and them, it means staying busy....focusing on self.

When the intent of the Mass is to stay focused on God.

LOL - you have to show up to Mass to reap these “benefits!” Delusional