THE PERSECUTION, I MEAN, PROSECUTION IS ON, BUT SHOULD IT BE? IF A PRIEST USES THE “F” WORD IN A HOMILY, SHOULD HE BE SENT TO PRISON BY THE STATE OR CENSURED BY HIS BISHOP OR TO BE POLITICALLY CORRECT ARE BOTH WARRENTED? 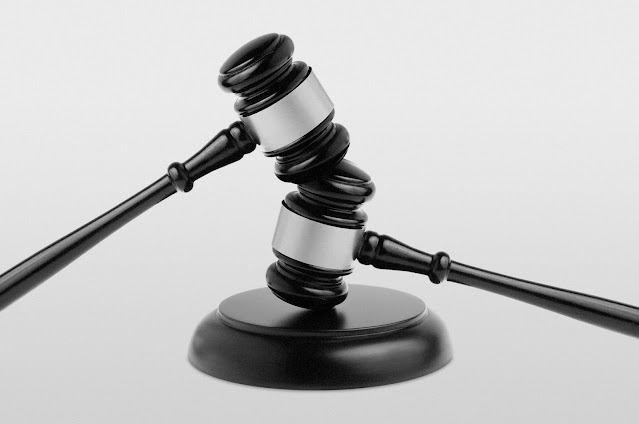 Yes, he should be investigated and warned that further such behavior/language will result in the suspension of his faculties.

Then, of course, Michael Voris will get him go on the Church Militant's "Cancelled Priest Tragedy Hour" to complain about how he is being persecuted by a Modernist, possibly Marxist bishop, for simply speaking the truth of the Gospel.

If LGBTQ ADD F, LGBTQF++++, then all would be well. But in the meantime the priest should have used the Q word, not the F word.

He was speaking the truth of the Gospel, something you should realize. However, vulgar language should not be used in Church

Father Antonio Manzatto, a theology professor at the Pontifical Catholic University of Sao Paulo, told Crux, “Freedom of speech is not an end in itself.”

LOL - this definition would wipe out most of what the national US media carries on a daily basis. They lie all the time. But in the modern world one must ask, "whose truth?"

Certainly, Americans have a different take on freedom of speech, not shared by other nations and culture. But even here, we have no right to threaten someone with our speech or to yell fire in a crowded building when there is no fire, or shark at the beach when there is no shark, except more than likely there is a shark in the ocean.

But, the priest should have been more careful about name calling. Priests should not use those terms and others like it, like pickled peppered faces of nuns, and other such insults.

What a priest says in homilies, bulletin articles, blog posts and so forth cannot be reduced to "freedom of speech," about which I feel passionately.

On this blog, I have no "right" to post any comments; it's Father McDonald's blog, and I'm his guest.

On my blog, I can say pretty much whatever I like; only I'm a guest of Blogger. I don't pay anything for Blogger to host my blog, so if Blogger makes my blog go away, I don't see that I have any claim against the host company.

When I speak from the pulpit, either literally or figuratively (i.e., at an event or from the bulletin), I'm empowered to do so by the Archbishop, and he can call me to account. If I think he's been unfair, I may have recourse through Canon Law, or not; but it's not a "freedom of speech" issue; I can walk out onto public property and say the same things -- at which point it becomes a freedom of speech issue.

Sometimes priests really do get silenced; but a lot of the time, we get in trouble not because we touched on a sensitive subject, but because we did so clumsily, stupidly or callously. Some folks, including priests, will have the mindset that, this is such a good cause it doesn't matter if I'm offensive; or even, that the more offensive they are, the more they "own the libs" or whoever, the better.

Saint Augustine said our task was to teach, to delight and to persuade. When dealing with hard things to hear, it makes sense to do the extra work to present things with extra tact. For some people, this is a great deal of work, simply because not all have the same communication skills. If you put yourself in that category, that's nothing to be ashamed of. My advice is first to write out, in the plainest language, what you want to say. Then go back over it and see if you can make the same points while avoiding terms that just beg someone to go off.

I had someone get very upset with me about a homily, and she said it was because I kept using the word "contraception," and she didn't want her child hearing that. Honestly? I think that was a pretext, but then I thought about it: I can pretty easily make the exact same points without using the "c word" more than once or twice; it just takes a little extra effort. Also, in such homilies, I will often say, up front, "I'm dealing with a sensitive topic today and I've taken care to use some work-around language"; in my judgment, it gets a tangential issue out of the way (he used the wrong word!) and, in effect, "forces" the listener to deal with the substance of what I'm saying.

Also, the fact is that some subjects are just hard to talk about in a homily, unless you take a LOT of time. Example: marriage, divorce and decrees of nullity. There are just too many angles and too many questions that arise and too many misunderstandings that need to be corrected. I've talked about these subjects, but I pretty much always say that I can't cover everything and that people should follow up with questions with me personally. But when you take on a subject like marriage, divorce and decrees of nullity, it becomes extremely difficult to make the kind of sweeping statements that make oratory powerful. I talk about these subjects, but I always explain I can't answer everything and I beg folks to approach me about their particular situation.

So I don't know what this particular priest said or did -- I wasn't there and won't rely on the reporting -- but I know too many priests are simply lazy about preparing homilies on difficult topics, then someone says they're a martyr when they get in foreseeable and even justified trouble.

I meant to add:

From time to time I will read portions of my bulletin columns or homilies to staff members or others, to see what they think. They will often point out ways I can say it better, or else points I can add to head off objections or negative reactions. Again, it's not that you can always make a tough point without giving offense, but rather that if you get in trouble, you get in trouble for right reason, not for avoidable dumb stuff.

You are always worth reading. Thank you for posting here!

He forgot the most basic tenet of hate the sin and not the sinner. He was right in everything he said, except for the personal attacks and meanspirited slurs. Then he went off the rails and from underneath the umbrella of the Church and outside Christianity.

Back in the 60's, Dr. Robert Otto, the Dean of Chapel at Mercer, used the "F" word in a sermon to tell us what he heard coming from the windows of the freshman dorm on his walk one morning. He yelled it out like he heard it. It was an excellent sermon, explaining the origins of the word (to plant seed in the ground) and how it had entered slang as a scornful epithet. He went on to expound about how we de-humanize each other in other ways and about how the most intimate and self-revealing act between a man and a woman created in God's image had been made into a parody by gutter language and our own fears of intimacy. Oh boy...he was denounced by local clergy, attacked in the newspapers, and scorned by the alumni and trustees. Thankfully, Rufus Harris, the amazing President of Mercer at the time, would have none of it and defended Otto through it all. Dr. Otto remained on the faculty for many years, one of the most memorable and challenging professors I encountered. He preached many memorable sermons, among them a sermon on the movie, 'The Graduate," which should be published broadly and read by everyone. Again, his theme was about how we de-humanize one another rather than accept the emotional challenges that meaningful relationships present.

Mr. Williams, Dr. Otto did not tell a student to eff-off, where the priest quote has him using the word as an insult.

My understanding from four or five decades back of the eff-word used by Dr Otto was that it was an age of sail nautical term slang used by sailors to describe literally braining someone such as with a belaying pin. A combat term of extreme violence, and why using such a term to describe copulation was to be avoided, it akin to rape in meaning. I freely admit that word origin may be incorrect, but was something read in an article on assorted words at that time. I see no particular reason to disbelieve it at this time, even if more modern opinion may hold it of different origin, those opinions always limited by sources examined and cited.