HOPEFULLY THIS IS THE DOCTOR’S OF THE NEW LAW, PAR EXCELLENCE, WAY OF PUTTING THE GERMAN CHURCH ON THE VERGE OF SCHISM AND APOSTASY ON NOTICE: YOU WILL BE PROSECUTED TO THE FULLEST EXTENT OF THE LAW! 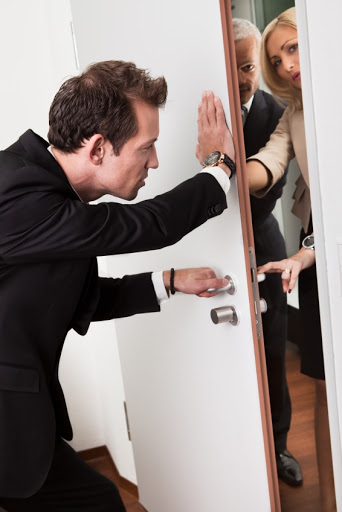 This applies to certain heterodox left leaning bishops in this country too:

I copy this from the Deacon’s Bench blog:

From Ed Condon in The Pillar:

HAS THE POPE JUST CLOSED THE DOOR ON WOMEN DEACONS IN GERMANY?

On Tuesday morning, Pope Francis promulgated a revised Book VI of the Code of Canon Law, which contains the penal law of the Latin Church. Included within its provisions is a new, far more explicitly outlined crime on the attempted ordination of women, in what could prove to be a pointed action directed at the Church in Germany.

While this is not, strictly speaking, an innovation in the law, it makes explicit what was formerly only implied by a much broader canon, and closes the scope for a potential loophole in the language to be argued by someone attempting to confer ordination at any level on a woman.

Some theologians and bishops have argued that, since deacons do not have the power of sacramental ministry beyond those common to all the faithful, conferring diaconal ordination on women would not challenge this teaching directly.

However, other theologians, in line with settled Church teaching, have pointed out that there is only one sacrament of holy orders in the Church, common to deacons, priests, and bishops, with each class of cleric receiving an increased fullness of orders. The Church’s teaching which excludes women from sacramental ordination, they argue, applies to all three grades since the essential nature of the sacrament cannot be divided.

The previous wording of the canon, replaced by the pope on Tuesday, offered what some could have argued was a loophole reflecting this debate.

Canon 1379 previously provided the penalty of excommunication for “a person who simulates the administration of a sacrament.”

Simulation of a sacrament means knowingly and deliberately attempting to perform a sacrament in a way which would make it impossible or invalid, while at the same time holding it out for others to believe it to be valid.

In the case of the sacrament of holy orders, the essential matter for validity is a baptized man and, therefore, attempting to ordain a woman would be invalid. The canon has previously been invoked for the attempted ordination of women to the priesthood. However, it could have been possible to argue, in line with the above, that woman are not necessarily “invalid” matter for the reception of merely deaconal orders, and so the ordination – while a clear breach of Church discipline – could have been argued to either valid, or at least performed in the belief that it was valid, excluding the intention to “simulate” the sacrament.

The National "Catholic" Reporter must be devastated.