INTERESTNG VATICAN NEWS EDITORIAL, BUT NOT SURE WHAT TO MAKE OF IT

Cardinal Marx submits his resignation. Were there more reasons than what was made public? Is the German synod off the rails and is this the reason for this editorial. Who knows. I just want to scratch my head. 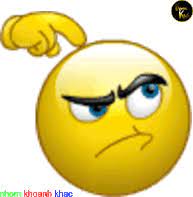 Wonder, adoration, and the Synod

Pope Francis' words at the Mass for the feast of Corpus Domini indicate the source of every authentic ecclesial journey.

“If wonder and adoration are lacking, there is no road that leads to the Lord. Nor will there be the synod, nothing…” A phrase added off-the-cuff in the homily of the Mass for the feast of Corpus Domini says a lot about how the Pope sees the “process” to be launched for the next synod and for the synodal journeys already underway. And it says everything about the source of any authentic ecclesial journey. Because, as Pope Francis said in the same homily, “We need to break out of our tiny self-enclosed space and enter the large room, the vast expanse of wonder and adoration. That is what we really need! It is what is missing in the many movements we create to meet and reflect together on our pastoral outreach.”

In a personal note published in Civiltà Cattolica last September, Pope Francis made clear the judgment he had come to concerning a certain way of dealing with the long-standing question of the so-called “viri probati” and the proposal to ordain married men that emerged at the Synod on the Amazon. ““There was a discussion… a rich discussion… a well-founded discussion, but no discernment, which is something different from arriving at a good and justified consensus or relative majority. We must understand that the Synod is more than a   parliament; and in this specific case it could not escape this dynamic. On this subject it has been a rich, productive and even necessary parliament; but no more than that.”

Without wonder (which happens by grace and certainly not by imposition), and without adoration (which is also a consequence that cannot be taken for granted), the Church becomes worldly and ends up taking on political and ideological categories. And thus, the protagonist is no longer the One without whom we can do nothing, but instead the strategies, the tactics, the fireworks of communication marketing, the pressure groups and parties with their respective agendas, which may be opposed to one another but are united by the absence of communion. This concerns a distortion that is in some ways more serious than many other “wounds” and sins, because it empties and dries up from within the dynamics of ecclesial life, so that it is not listening to the Spirit, but our own plans, the efficiency of our structures and our plans for reform that come to the fore. This is a risk the Successor of Peter has long warned against, as he did again recently in his homily for Pentecost, when he recalled that, “The Paraclete affirms the primacy of the whole. There, in the whole, in the community, the Spirit prefers to work and to bring newness. … Today, if we listen to the Spirit, we will not be concerned with conservatives and progressives, traditionalists and innovators, right and left. When those become our criteria, then the Church has forgotten the Spirit. The Paraclete impels us to unity, to concord, to the harmony of diversity. He makes us see ourselves as parts of the same body, brothers and sisters of one another. Let us look to the whole! The enemy wants diversity to become opposition and so he makes them become ideologies.”

Since Francis took office, a wonderful Vatican website has been destroyed and turned into only a Francis-marketing-tool, and anything out of the Vatican today is generally only empty blather of intentional obfuscation.

The folk running the show have zero of coherence to say, but instead only a behind the scenes agenda which is indefensible in open and rational argument/discussion, so, they skip that part, and play only "baffle'em with bs."

Trying to make sense of what they say is as wasteful of time as using an erector set to repair your car.

Let me hasten to add that the current Vatican crew thinks using an erector set to repair a car is a splendid idea, and they do not want any rigid and inflexible naysayers arguing against it, so, they instead they talk of how sustainable and synodal are erector set team building exercises.

No matter what, they will do this and with predictable results, all the while merrily singing at maximum volume, "I'm a steamroller for your love, Baby, and I'm gonna roll all over you."

Of course, it is the OTHERS who are rigid and inflexible. Like those pesky synodal bishops trying to discuss Eucharist Coherence in the conference only to have fake synodal fanboys suddenly try to stop all discussion.

There are no conspiracies, but there are not coincidences either.

Marx's very resignation is part of the misdirection of attention play the Sankt Gallen pontificate uses so deftly. The agenda moves forward.

As the Father of Lies gets closer to the end of his control of humanity, look for him to get bolder and more aggressive.