IN THE LITURGY WARS, WHY IS THE POPE CONSUMED WITH MODERATING THE EXTRAORDINARY FORM OF THE MASS WHEN PROBLEMS WITH THE ORDINARY FORM ARE THE GREATEST? 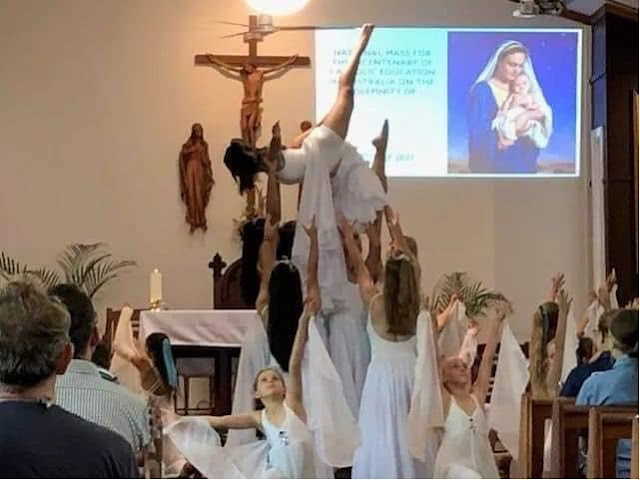 There is an article at Rorate Caeli which is moderate and makes good, sober points. But this caught my eye:

Except that...before the universal Catholic opinion, this attack on the liberty of a little number of faithful when, elsewhere, everything seems to be permitted and allowed, would seem incomprehensible. And, above all, this event would trigger a severe and considerable liturgical war and cause the greatest possible concerns both to diocesan bishops and Roman authorities. A war with unforeseen consequences in a Church in an advanced state of doctrinal and disciplinary decomposition. Does the pope have today the interest of taking this dangerous risk?

Yes, this is a head scratcher. The state of the Ordinary Form Mass in so many parishes is abysmal. Its celebration does not inspire a strong Catholicism but only a sense of community that can, in fact, be found elsewhere, like in a country club or service organizations and the like, but in terms of what the Church should be, not so much. By this I mean, strong Catholic families, where the family is the Church in miniature. By this I mean, Catholics willing to spread the true Faith by word and deed. By this I mean, Catholics willing to enter religious life and Holy Orders. I could go on.

But the pope criticizes as rigid the very communities that are producing good fruit. Little is said of the hogwash coming from Germany and its schismatic way which includes so many bishops, not just some priests and laity. They verge on a great apostasy but great patience is shown them because they are following a so-called synodal way, a Trojan horse for all kinds a corruption making the Catholic Church more impotent than the already impotent and dying liberal Protestant branches of rebellion.

It makes no sense. And inculturation so touted by a post-Vatican II cabal raises neo-pagan practices to a status that eclipses the meaning of the true Mass in either form. Those accoutrements foisted on the Mass turn the Mass into a form of neo-entertainment where the focus is shifted from the essentials of the Mass to the performances attached to it. Such nonsense. Just look at the lead photo.

The EF Mass isn’t the problem for the Church. It is the manner in which the OF Mass is celebrated that is of greater importance to address and clean-up.

Thanks for your honest assessment. It almost seems the hierarchy has a death wish for the Church. Either that, or they are simply clueless.

Thank you for this much Father. It was getting a bit tiresome to read all those other posts where everyone complained with infallible, sanctimonious certitude that the problem with the EF was the insufferable, rigid, holier-than-thou, more-Catholic-than-you types who support it.

My daughter has a friend who doesn't like going to Mass any more and she is volunteering to go with her today, to keep her from missing Mass. I invited her to join me at a parish further away where we are having the EF and bring her friend with her, hoping maybe her friend might enjoy experiencing something I am certain has been kept from her.

The irony in all of this is that her friend is the granddaughter of a very popular deacon at the local Church. He is a very nice, personable man in some ways, but he is also pretty far out in left field on liturgical matters. I've been told that he has been assuring the laity that we will DEFINITELY have women priests in just a short time (back when JPII was pope) and one friend who wanted him to read an article in The Latin Mass magazine was astounded when he refused to even TOUCH the magazine proffered to him, treating it as if it were radioactive.

Why are these people so threatened by something that has been considered the most perfect prayer of the Church for 99.9% of the Church's existence?

Well it’s arguable whether Latin Mass communities are bearing fruit at all, and also if that fruit is good or mutated.

I have two points:

First, that we are on an extended arc of speculation about a rumour.

Second, if it is true then this pending policy is an answer to a question that hasn’t been asked. Pondering this leads to more speculation about the motives of the Pope, and that is not healthy.

Anything that so clearly demonstrates the weakness and failings of the left, whether the ecclesial left or the political, must be silenced and ostracized before folks get wise to it.

The fruits produced in EF communities put your average OF parish to shame, but the modernist apologists can’t, or more likely, don’t want to see it. Some, in my experience, will actually go so far as to say these fruitful communities don’t really exist! Talk about heads-in-the-sand!

What we do know is that most OF parishes produce rotten fruit - based on recent polls the majority of parishioners do not believe what the Church teaches on such issues as the Real Presence or Abortion. In stark contrast EF parishes do to the tune of 99 percent. Why do you keep barking up the wrong tree? Just contumacious?

The reason is simple that Pope Francis wants to destroy Orthodox Catholicism. Doctrinally he has done this by his encyclicals and the "Synodal Path". Liturgically he does this by limiting access and ultimately prohibiting the traditional latin Mass.