DR. FAGGIOLI AND CARDINAL TOBIN MISS THE MARK BY A BILLION MILES AS THEY WRITE ABOUT SYNODALITY 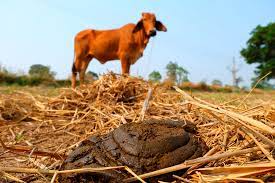 Cardinal Tobin has a long, long, long article on syndolaity. Dr. Faggioli did too. Neither of them in the repition of too many words mentions any thing about a personal loving God, salvation from the fires of hell for each person that Jesus' redeems and that person, by the grace of God, receives or what the communion of Saints is like, union with our Blessed Mother, all the saints and angels in heaven will be like.

Dr. Faggioli never mentions personal faith, God, Jesus, Mary, salvation or anything else approaching soteriology.  The good Cardinal mentions God once, but not in a personal way and a few references to the Body of Christ in a horizontal self-referential way, as though disconnected from her Savior who is the HEAD!!!!

At least Pope Francis in rejecting Cardinal Marx' resignation says that only Jesus will save us and the faith necessary for that to happen along with good works. I don't think he said a damn thing about synodality in the context of Dr. Faggioli or Cardinal Tobin.

Both Cardinal Tobin and Dr. Faggioli spew, and let me say this as delicately as I can, damnable bullsh*t!

Let's name idolatry coming from Catholics no matter who it is!

This is what Pope Francis wrote to Cardinal Marx in not accepting his resignation:

The Church, the pope insists, will not be saved by its own prestige, “which tends to conceal its sins,” nor by the power of money and the opinion of the media – noting that often “we are too dependent on them.”

“It is urgent to ‘ventilate’ this reality of abuses and of how the Church proceeded, and let the Spirit lead us to the desert of desolation, to the cross and to the resurrection,” Francis wrote. “It is the path of the Spirit that we must follow, and the starting point is humble confession: We have made a mistake, we have sinned. Neither the polls nor the power of institutions [nor synodality*]will save us.”

We are to trust in psychologists just as Papa Francesco, don't you know?

The Journal Of The American Psychiatrist Association just published a peer reviewed article stating that whiteness is an incurable parasitic disease.....really.

Sophia here: Anonymous-June 10 4:14. I was sufficiently alarmed by this that I decided to check it out. The writer is a NYC Psychoanalyst, Dr. Donald Moss who published this despicable report in the Journal of the American Psychoanalytic Association. Psychoanalysts are a special breed- I have known only a couple that I actually liked (I am commanded to love everyone). As far as I am concerned, he is clearly writing about himself, his own issues! But this is another very alarming reminder of how deeply and broadly the pernicious Marxist ideology expressed in Critical Race Theory has already penetrated our culture.

Sophia, my memories of Honors College (where we had our own psychology professor and associated grad students) and the rest of the department (which we got to know pretty w3ll via many required classes for our huge Honors core, plus us volunteering all the time for assorted tests and studies pretty much "highly encouraged"), showed them in general to be among some of the most messed up people in the entire college.

My assumption always being they found it far easier to work on other people than work on selves. I have noted this tendency in many fields where "helping others" is part of the draw. Of course, today, even those fields have all become mostly infested with folk purely in it for the money.

Critical race theory, so-called, is as unscientific and pernicious as the 19th century racial theories which it closely resembles. But is it Marxist? Karl Marx was a racialist who regarded Negroes as degenerate and was a rabid anti-semite to boot (despite his own Jewish ancestry).

Mr. Nolan, I would say when most folk today say Marxist, they are talking socialism and taking and redistributing which is the aim of most of the various progressive groups. Also, folk often rightly are seeing both Soviet tendencies as well as ChiCom meddling in helping spread these destabilizing doctrines today, same as the actual Soviets did much to infiltrate and spread much of errors in the Church and very much was involved in the turmoil in the US society and academia in the 1950s-1970s and beyond.

Yet we had some catholic clergy jump on the BLM bandwagon, ignoring the destruction BLM brought to Black businesses and communities.