THE ITALIAN CHURCH AND THE PEOPLE OF ITALY, NOT A COMFORTABLE MIX 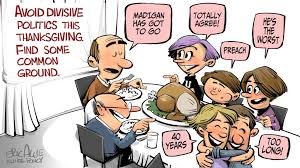 There is a big brouhaha in Italy about the Vatican challenging an anti homophobia proposed law. The Church, meaning the Vatican, has some good points but rank and file Italians aren’t buying it just as they haven’t bought much of the Church’s (read Vatican) intervention into Italian politics.

Over the decades, the Vatican has alienated Italians, no matter how engaged or disengaged they are from the Church, by pushing the government to act as the Church. Here are a couple of the most divisive things that the Church has promoted in a political way:

Because of the Church, for decades Italians could not seek a civil divorce in Italy. Never mind that a woman or a man might have his or her spouse leave for a paramour and live with that person and there was no legal means to make the “sinner” pay alimony or child support. Even the most ardent of Catholics saw how destructive this was of women/mothers and their children especially at a time that women did not normally work outside the home.

Apart from meddling in the politics of Italy where many Italians are now more secular than religious, the Church is viewed as a political institution and the priests are seen as uncaring, aloof and authoritarian.

About 8 years ago while visiting my Italian relatives in Livorno, I got an earful.

It is very difficult to attain a Church annulment in Italy compared to the USA even though Italy now has laws that allow a civil divorce. My relatives could not believe how many annulments I was able to procure for many of my parishioners over the years. They said most priests would not help parishioners gain an annulment even when there are clear grounds for one.

On top of that, they spoke of the non-pastoral approach of priests to lax Catholics. One of my relatives had a baby that was in critical condition after birth. A priest was called to baptize the baby but the priest refused since the parents were not practicing the Faith. Never mind that in an emergency situation anyone can baptize. Thus, why wouldn’t the priest take pity on the baby and maybe win the parents over with his pastoral solicitude? Why rely on a lay person to baptize in an emergency situation when a priest could have and should have gone to do it himself?

And now, Italians, like most people in the world, do not want to treat homosexuals differently than anyone else and laws are being established, as in this country, to secure their civil rights and to be protected under the law and the Vatican through its political interventions continues to divide Italians which makes the Vatican and thus the Church look uncaring and promoting the mongering of hate toward a particular class of people.

You can read about the current brouhaha here and how the Vatican is in damage control with Italians:

It seems that so much of what you've described about the Italian Church is underwritten by one singular problem: Hypocrisy.

Catholics aren't going to take their Church seriously when they see leaders who act one way and speak another or contradict what their Church teaches. Your first paragraph about the anti-"homophobia" bill immediately triggered this thought: How could the Italian Catholics take opposition to such a bill from the Church seriously WHEN THEY KNOW THERE ARE HOMOSEXUAL PARTIES GOING ON IN AND AROUND THE VATICAN?

Too many Church leaders are not credible voices for today's explosion of Same Sex Attraction problems when they serve a Church that calls such a lifestyle "gravely disordered" and so many at the top WALLOW in that disordered behavior and have even been caught. It's like watching the bishops and cardinals trying to drive a car with one foot all the way down on the gas and the other hitting the brake simultaneously.

Perhaps slightly off topic (but maybe not?) but I recently heard an interesting discussion between the conservative writer, Douglas Murray and the comedian and satirist, Andrew Doyle.

I am now aware of a not uncommon type of man (who has existed in Western Europe, including Italy, and is now existing in the USA) who can actually PRETEND to be a very Woke man, very pro LGBT activism and ideology - and pro critical race theory, pro “choice” and very passionate about climate change etc - ….pretend, fake holding the whole range of Woke doctrines SOLELY for the purpose of attracting and “picking up” Woke, leftist women!

While this is amusing, I think it indicates something seriously wrong with many “adults” in the West - ie: in that for millions in the West, being or appearing Woke is like school children wanting to hang out with the coolest teenagers at school.

Yes, DL, hypocrisy in this area is deeply disordered. But even a disordered person and one in a lifestyle of mortal sin can proclaim the truth. It might be a case of physician heal thyself through a therapeutic means of complaining about the very thing one is guilty of. Think of the televangelists caught with their pants down and who on TV complained bitterly about adultery, fornication and homosexuality. Maybe they are preaching to themselves? What they are preaching is the truth but their lives say something else.

The term ‘hypocrisy’ is often misapplied. It is not hypocritical to struggle to understand or believe something while attempting to act on it. In this case the term is used as a defense by people, in this case Italians, to avoid addressing the actual topic and continue their pleasure activities. If a drug addict tells you that drugs are bad for you he is correct even if he is a drug addict and a hypocrite.

If only the Church had enforced St. John XXIII’s order that homosexuals not be admitted to the seminary!

They also are likely fed up with ignoring the truly pastoral concerns while the Vatican tries to interfere in social causes effecting the entire country, such as mass Muslim immigration.

Global warming, open borders and the minimum wage are more important than the Faith!

“Hypocrisy is the homage that vice pays to virtue”. ?

Regarding hypocrisy, American readers might be interested in some news from this side of the pond. Since March 2020 the UK has been subject to fairly stringent COVID restrictions (slightly relaxed on two occasions but then reimposed with a vengeance). A familiar face on our TV screens has been that of the Health Secretary (a Cabinet minister), one Matt Hancock.

Like an old-fashioned prep school headmaster, he has hectored the British public on what they may or may not do according to so-called guidelines (some of which were legally enforceable) which he and his Cabinet colleagues had devised. It was part of a cynical ploy to terrify people into surrendering their freedoms, and it seems to have worked.

In early May (when he was telling people not to hug family members) he was photographed in his office in a clinch with his mistress, whom he had installed as an 'aide' with a non-executive position on the public payroll, despite the fact that both she and her husband are millionaires. The whole thing broke a couple of days ago. Boris Johnson, whose sexual morals coincide with his minister's, was quick to back him, but yesterday Hancock himself resigned, not for betraying his wife and children but for contravening his own stupid rules.

Supposed hypocrisy trumps adultery in the 21st century moral universe. For myself, I ask for the right to indulge in a large amount of Schadenfreude. I shall be gloating over my lunchtime pint. And I shan't be voting again, ever.

Say that on CNN this morning.

Dear Fr Old McDonald had a farm,
I totally agree with what you say about the hypocrisy of the Catholic Church in Italy and it’s over involvement in secular politics.
Shame you can’t see that’s exactly what the US church is doing now!

Yes, John, I was following this story on the BBC World News this weekend with considerable bemusement, and I have also watched Mr. Hancock’s contrite video mea culpa. I imagine that the press is having a field day and that assorted comedian types welcome the fresh material that the (s)ex-Secretary of State for Health and Social Care has provided them. I imagine, too, that the hapless (or should that be witless) Mr. Hancock wishes he could put considerable distance between himself and his former aide but, alas, the cat is now well and truly out of the ministerial bag so to speak.

What I found most astounding, as you suggest, is that Mr. Hancock's mea culpa made no mention of his wife and children. It would be different over here—at least some lip service would be paid, however insincere and politically motivated it might actually be in any given case.