AS WITH SO MANY HOMILIES ON A VERSION OF BLEEDING HEART LOVE AND INCLUSION, IT ISN'T WHAT IS SAID BUT WHAT ISN'T SAID ESPECIALLY WHEN IT CONCERNS DUTY, OBLIGATION AND CANON LAW 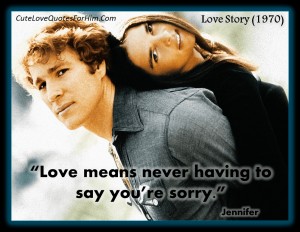 The following is Pope Francis' apparent off-the-cuff homily from his daily Mass today at the place of residence, the Vatican Motel Six. My comments follow the pope's homily:

ROME - When it comes to salvation, God does not seek any form of compensation and offers it freely to those in need of his love, Pope Francis said.

A Christian who complains of not receiving a reward for going to Mass every Sunday and fulfilling certain obligations “doesn’t understand the gratuity of salvation,” the pope said Nov. 7 in his homily at Mass in the Domus Sanctae Marthae.

The pope reflected on the day’s Gospel reading from St. Luke, in which Jesus recounts the parable of the banquet of a rich man who, after having his invitation spurned by his guests, invites “the poor and the crippled, the blind and the lame” to enjoy his feast.

Those who rejected the rich man’s invitation, the pope said, were “consumed by their own interests” and did not understand the generosity of the invitation.

“If the gratuitousness of God’s invitation isn’t understood, nothing is understood. God’s initiative is always free. But what must you pay to go to this banquet?” the pope asked. “The entry ticket is to be sick, to be poor, to be a sinner. These things allow you to enter, this is the entry ticket: to be needy in both body and soul. It’s for those in need of care, healing, in need of love,” he said.

God asks for nothing in return but “love and faithfulness,” the pope said. “Salvation isn’t bought; you simply enter the banquet.”

Francis said those who decline to accept the invitation are consumed by other things that provide a certain sense of security, but they “have lost something much greater and more beautiful: they have lost the ability to feel loved.

God's love, though, is freely given and there is no need to receive it because God loves us whether we receive it or not. Salvation, though, is different. Salvation isn't imposed on us because it is a gift, pure and simple, that must be received, unpacked and used. All of this supposes God's grace which is love.

I think it is confusing to accuse Catholics who are duty and obligation oriented of thinking they are buying God's love and its resulting offer, salvation. Isn't this duty and obligation  a sign of God's grace that they come to Mass each and every Sunday and Holy Day of Obligation and Confession at least once a year trying to receive and accept the gift of salvation? They are showing that they are trying to do what the Church teaches and commands and thus showing they are trying to "receive" something that must received since it is only offered, not imposed upon them.

The homily is muddied and not thought out very well and thus another reason for less talk, clear thinking and vetting of what is said, even in a daily homily from the Vatican's Motel Six!

It is unfortunate that we no longer recognize the differences between "amor" and "caritas."

I have said this quite a few times, and will say it again: the Holy Father is not competent to be pope. It seems he is not getting any better, despite prayers, and is very easily manipulated by those around him. When confronted, rumours have it that his anger becomes very scary.

Another contradiction as I see it here is "poverty". The Holy Father says poverty is a ticket to paradise, and yet he is trying his best to eliminate poverty in the world. You cannot have it both ways. The parable is about pursuing mammon and sex instead of God, about letting self interest refuse God's grace.

It was Cardinal Sarah that recently clarified this issue of poverty in one of his books, and he has had first hand experience. Poverty is certainly a virtue and important for this life and to help gain the next. That is why many religious take vows of material poverty to become spiritually rich. But material poverty is not a sine qua non for entering the next life. Indeed, Christians ought not to be against poverty in this sense. What Christians must address is not material poverty but destitution, not having enough to actually live in this world. This idea makes lefties go into a blind frenzy since fighting material poverty is an essential element of their ideology. Is the Holy Father is a lefty whose ideology makes him blind to contradictions, and who probably has not read Cardinal Sarah?

I do find the sort of homily the Holy Father offered very confusing and muddled, and I would expect someone not very well versed in Church teaching might interpret some of the things he says wrongly. It's hard to tell what he actually is teaching, since he uses imprecise language and jumbles up meanings.

As I mentioned in a comment under another post, last Sunday the priest who said our EF Mass spoke of justice, and spoke of our duty and obligation to attend Mass as justice owed to God. I understood his teaching perfectly, and immediately examined myself for my degree of conformity with those words. But I am uncertain what the Holy Father is trying to say, since it seems to me he is sort of teaching sola fide (faith alone).

I have never thought I actually did anything to earn grace or "pay for" my salvation. I have always thought God invited, and I had to do something to show a positive response, a "yes". And just like human relationships, I have to continue to respond to God's actions (graces, "invitations") in my life in order to show I am still in relationship with Him, and intend to stay in relationship with Him.

I wish pastors, including the Pope, would stop giving this sort of muddled, feels good and warm and fuzzy depiction of God's action in our lives that implies no need for repentance on our part, no need to conform to God's holiness, no need to convert. Even if that is not explicitly what the Pope said or what he means, for the unchurched or lukewarm, this may be what they interpret him to have said. And that is actually doing more harm than good, because they don't convert, don't reject sin, don't repent, and so are in jeopardy of being lost. This sort of homily contributes to the idea God is so merciful, everyone is going to heaven. And that's just not true.

I can lose something - such as my keys - but they are still right there where I left them.

That I lose something does not mean it is not there, or that it no longer exists.

I made a comment but erased it out of charity. I will pray for the Pope and the Church instead.